Some news from the Arab camp:

Iraqi Columnist: It’s Time We Realized That Ties And Normalization With Israel Are Not Treason And That Iran Is The Real Enemy Of The Arabs, April 25, 2022 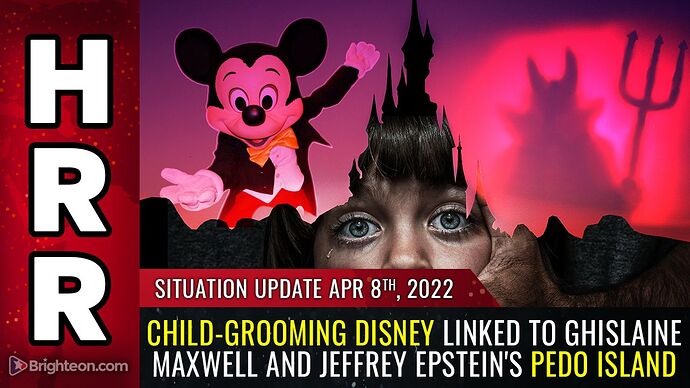 Says It Is Endorsing Culture That Is ‘Contrary To Normalcy’ Which Is ‘Rejected Religiously And Socially By Most Religions And Societies,’ Tells Parents To Explain To Children That This Is Aimed At ‘Attacking The Islamic Religion In Order To Weaken The Muslims And The Islamic Identity’April 21, 2022

.
Hamas Leader Threatens to Attack Synagogues Abroad Over Al Aqsa Mosque
Hana Levi Julian writes: Sinwar also threatened to launch another war against Israel over “assaults on Al Aqsa” and called on Arabs to prepare themselves. 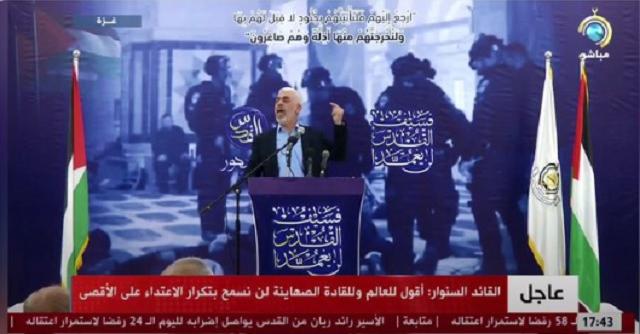 The head of Gaza’s ruling Hamas terrorist organization, Yahya Sinwar, has threatened to attack synagogues around the world if Israel “violates” the Al Aqsa Mosque.

Speaking on Saturday night in a speech that lasted more than an hour, Sinwar said, “Our people must prepare for a great battle if the occupation does not cease its aggression against the Al Aqsa Mosque. Violating Al Aqsa and Jerusalem means a regional, religious war,” he said.

The “aggression” referred to by the Iranian-backed terrorist leader has to do with Israeli police entering the mosque to disperse rioters on the holy site.

Hundreds of rioters initiated violent riots on the Al-Aqsa compound this morning, throwing stones and setting off firecrackers.

Police were forced to enter the compound to disperse the violent crowd and to enable worshipers to leave safely.pic.twitter.com/9zlur6tzRg

At the conclusion of the dawn prayer in Al Aqsa Mosque on Friday, hundreds of Palestinian Authority rioters began carrying out attacks in the Temple Mount courtyard which included throwing stones and launching live fireworks at Jews who were praying at the nearby Western Wall, forcing Israeli police to disperse them.

Referring to a photo projected behind him that showed Israel police officers inside the mosque on the Temple Mount, Sinwar threatened, “Whoever makes the decision to allow this photo to be repeated, the violation of Al Aqsa…has decided to allow the violation of thousands of synagogues all across the world.”

Filled with praise for the recent terrorist attacks that have taken the lives of 15 Israelis, Sinwar urged Arabs in Israel and the Palestinian Authority to continue the attacks but focused the majority of his hate-filled speech on Al Aqsa.

During his speech, Sinwar also explained what he meant in a referral to the “important” number of “1,111” after the terror group’s war on Israel last May, ignited under similar circumstances.

The Hamas leader said in the next conflict, Hamas would fire 1,111 rockets at Israel in a single burst, to honor the anniversary of the death of Palestine Liberation Organization (PLO) terrorist leader Yasser Arafat, who died on 11/11/2004, according to Middle East terrorism analyst Joe Truzman.

During the 2021 conflict, Hamas claimed that 100 rockets were fired in single bursts at Tel Aviv. “Sinwar’s claim would be significant, if true,” Truzman wrote.

Using the same excuse as last year, Sinwar threatened in his speech to launch another war against Israel over “assaults on Al Aqsa” and called on Arabs to prepare themselves.

“The Palestinian resistance has to be fully prepared as the real standoff with the Israeli occupation over its assaults on Al-Aqsa could start after the end of Ramadan,” he said.

Violence at the Temple Mount
This past Friday, the final Friday in the Islamic holy month of Ramadan, also marked “Quds Day” (Jerusalem Day), the day on which Muslims around the world express their hope for the conquest of Jerusalem from the Jews.

Rioters hurled rocks, Molotov cocktails and live fireworks at the police, and then retreated into the Al Aqsa Mosque, where they had stockpiled more of the same.

Palestinians throw stones, and immediately run to hide inside al-Aqsa, taking shelter in the prayer hall. A place of worship, misused for violence.#TempleMount#Jerusalem pic.twitter.com/S0lrDZSyag

Some 250,000 Palestinian Authority Arabs streamed into the site for Ramadan prayers this weekend, many of whom were peaceful worshipers.

Some of those who wanted nothing more than to pray in peace required the protection of Israeli police as they left the Temple Mount compound, due to the violence being carried out by terrorist thugs on the site.

There is more. Read it all.