All our coverage of this is right here, at http://DutchUprising.com. Check it out, and support our work if you can. 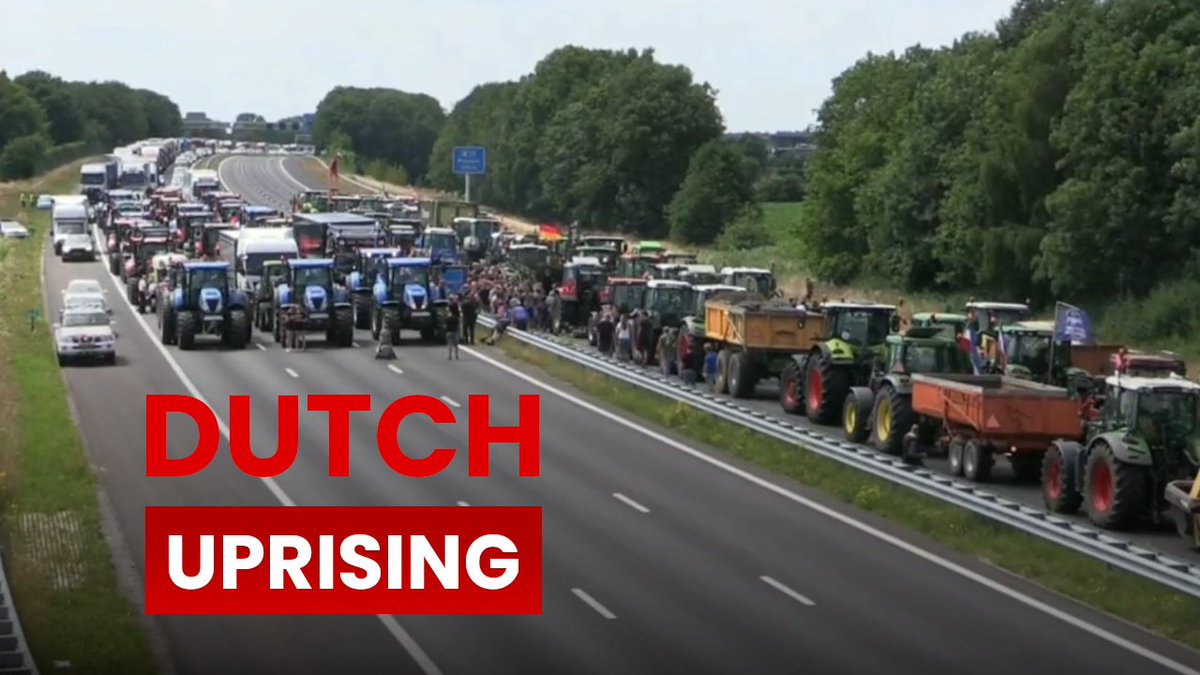 This is not a ‘Fertiliser Protest’. This is a top down revolution. Like every communist revolution it starts with putting the farmers out of business.

Can we all agree that the World Economic Forum is a very real and serious threat?

Update (2112ET): Dutch protesters have taken things to the next level in the ongoing demonstrations – deploying a tank against a ‘green’ government scheme to reduce nitrogen in fertilizer that would see an estimated 30% of the country’s farms shuttered.

The tank will presumably be used to block food distribution centers, following the use of tractors for that purpose earlier in the week. 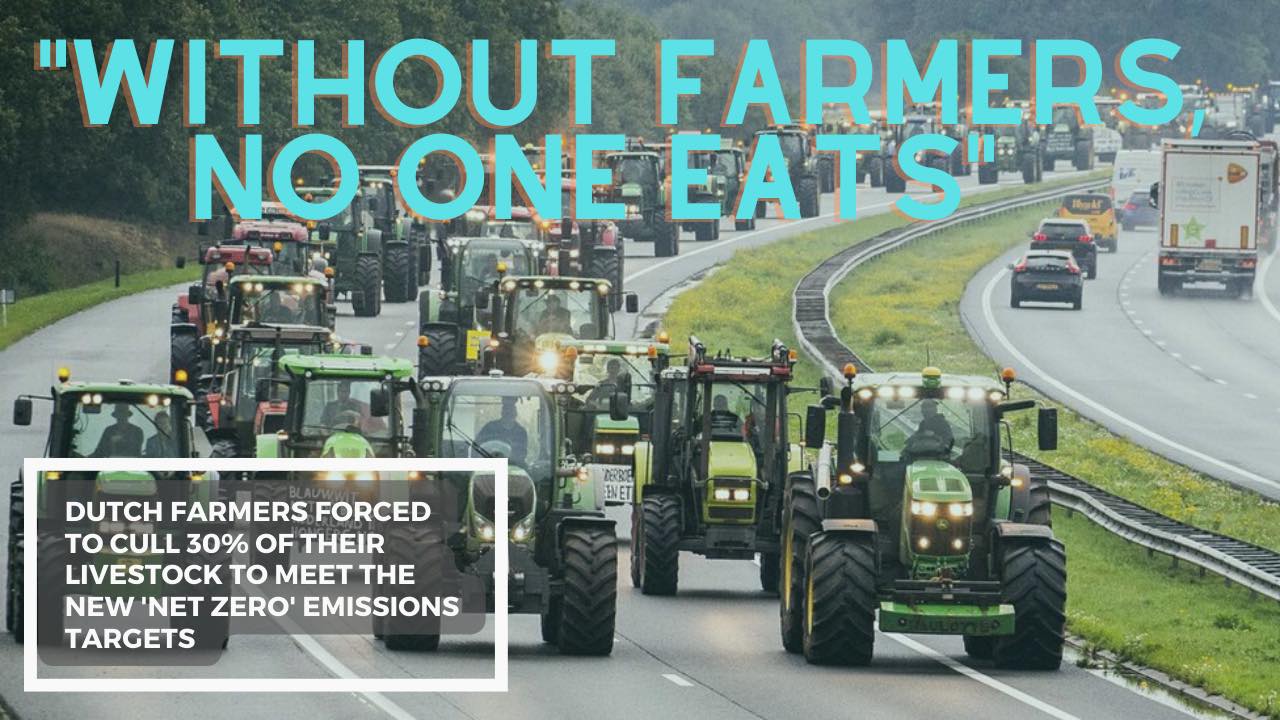 So, uh…. Dutch farmers have purchased a tank to use to block distribution centres. pic.twitter.com/rVvwb2pSA9

Nice to see the Netherlands protesting the World Economic Forum Policies as every MSM outlet denies it… pic.twitter.com/pbwk6gBiNW

Police are violently pulling down blockades one by one, through the use of "Romeos" which I'll talk about later. (Basically police sanctioned ANTIFA). Shocking for a democracy, but this is Klaus Schwab country. Here is a snapshot from the front lines. https://t.co/363xQ3IVwh pic.twitter.com/SdYi5rKj2L 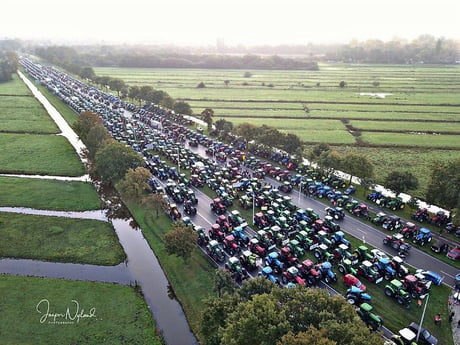 Really wild to watch as tractors get shot.

Thank God for the internet or I'd think we're living in a peaceful world 😂 pic.twitter.com/24A4jfS0km

Update (1920ET): Dutch police fired ‘targeted shots’ on Tuesday evening during a farmers’ protest near the town of Heerenveen, the Pledge Times reports.

According to the police, a threatening situation arose when protesters tried to drive into officers and official cars. Warning shots were then fired and an officer also fired pointedly. No one was injured, but a tractor was hit. Three people have been arrested.

Because a police officer fired shots, the National Criminal Investigation Department will investigate the incident.

According to the report, MP Caroline van der Plas of the BoerBurgerBeweging wants to hold an emergency debate with Prime Minister Rutte on Wednesday about the escalating farmers’ protests.

“Have seen the images of shots fired at #boeren in Friesland. I have been warning against escalating protests for some time now. On Wednesday I want an emergency debate about this with the Prime Minister and the Minister of J&V. This is going wrong, I said last week,” she tweeted.

Dutch farmers who are livid over government plans to cut nitrogen emissions by 50% – 95% have now taken to blocking food distribution centers in protest of the plan, which would shutter an estimated one-third of farms in the Netherlands.

Some 25 tractors parked outside a distribution center in the city of Zaandam, just north of Amsterdam, donning banners which read “Our farmers, our future” and other slogans, according to the Fresh Fruit Portal.

Fisherman in the country have also begun blocking ports in solidarity with the farmers.

A tractor at another protest, in the northern town of Drachten, urged people to “think for a moment about what you want to eat without farmers.”

The strike has sparked fears of supermarket food shortages, as fishermen have also blocked a number of harbors in an act of solidarity.

“Supermarkets do everything they can to keep the stores stocked, but if blockades continue, it could lead to people not being able to do their daily shopping,” the Central Bureau for Food Trade said in a statement.

In addition, traffic authorities warned of delays and possible slow-moving tractors on the nation’s highways, while Schiphol Airport urged travelers to use public transport to get to its terminals amid fears that the blockades also would target airports. -Fresh Fruit Portal

The upcoming reforms are expected to include a reduction in livestock, as well as buying up farms whose animals produce large volumes of ammonia.

Meanwhile, undercover cops were reportedly ousted from a protest over the weekend.

This is what Dutch police undercover agents look like, making arrests during a demonstration from farmers. I don't think this would go over well with the global community. This is something they accuse dictators of. Like putin. But this happend in the Netherlands. pic.twitter.com/p1wC35qrnE 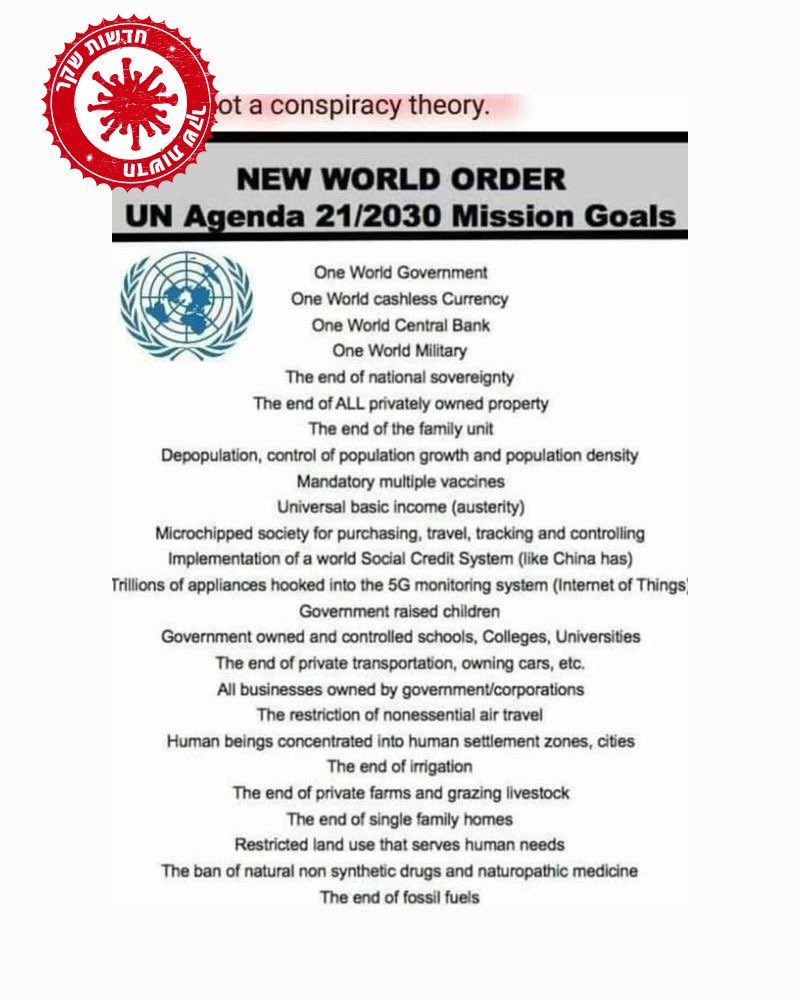