The plan to flood Europe with unassimilable African savages is a done deal among globalists, the WEF, the UN & the EUSSR. 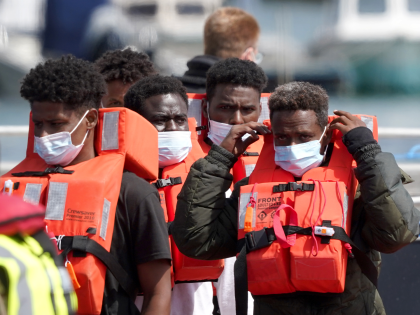 Explosive: Attentive Hungarian police officers may have prevented the next act of terrorism in Austria. Because when the authorities stopped a smuggler bus that was on its way to Austria carrying 17 immigrants, the Serbian-Austrian driver stated that a Syrian was travelling with a machine gun in his luggage.

Terror alert at the eastern border

However, there is no trace of the “refugee”. When the minibus was stopped by the Hungarian police officers, the strangers hiding in the hold jumped out and fled in all directions. Whether the man with the gun is now trying to cross a green border into Austria is a matter of conjecture. Anything is possible, because the smuggler’s bus was stopped only a few kilometres from the eastern border in the Hungarian district of Vas.