Twitter censors under the morally superior guise of “regulating hate” are just not that bright. 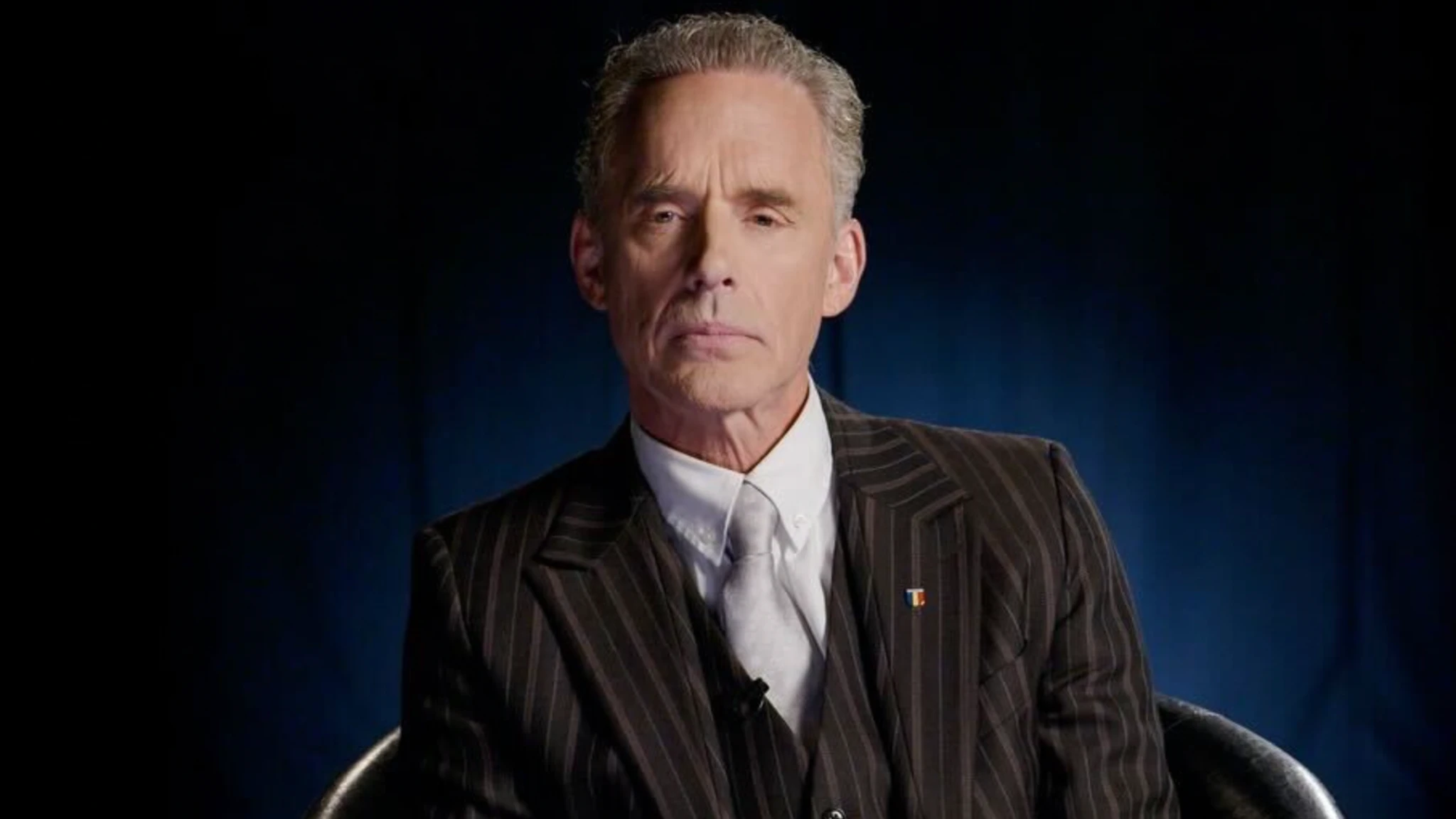 “Remember when Pride was a sin? And Ellen Page just had her breasts removed by a criminal physician.”

Read the response from Twitter and Peterson’s rebuttal below the fold.

What rules, you sons of bitches? Exactly? Precisely? Because such things matter when the accusations start flying.

So what did I say that might constitute harassment? Many things, hypothetically. Let’s begin with “Remember when pride was a sin?” Although that is merely a factual statement because under the old rules, applicable even a decade ago, pride was a sin, and had been recognized as perhaps the cardinal sin for thousands of years previously. It still might be regarded as unacceptable to the authoritarian moralists who now insist, for example, that we celebrate Pride Month (not hour or day or week, but month) and who have literally called it PRIDE MONTH instead of LGBT+ Month. I don’t regard PRIDE as a virtue; it has been classically regarded as a sin.

I don’t see sexual orientation or sexual desire of any sort as something to celebrate or to take PRIDE in, and what I said was merely a fact. It’s possible that I hurt someone’s feelings because I pointed out that PRIDE goes before, for example, a fall, but I don’t care about that, would do it again, and also consider it my duty to warn those who are about to fall into a pit that the path they are on leads suddenly down hill. But that was probably NOT the reason that I was banned from Twitter — although, as I said, I am in the position of having to guess.

Next phrase to interrogate: “And Ellen Page…” Now, why did I stop there? Because, in all likelihood, it was this seemingly innocuous phrase, including the name of a well-known actress (there, I’m in trouble again), that likely resulted in my ban. I committed the fatal crime of what has come to be known in the appalling censorial terminology of the insane activists as “dead-naming.” That’s the act of referring to someone who has “transitioned” (another hated piece of jargon and slogan) by the name, and by inference the gender (really “sex”) that everyone knew them by previously — and in the case of Ellen/Elliot, that millions of people recognized and knew. So I should have called him/her/they Elliot instead of Ellen, although, as we will discover, that would have made it impossible for me to say what I wanted to and need to say in the remaining phrases. Not that such a problem would bother those who are objecting to my speech in the first place.

The next phrase is “just had her breasts removed.” This bit suffers from a very similar problem. I employed the forbidden pronoun “her” when Elliot is now to be regarded as a “he,” or else. But there’s a conundrum here, to say the least — and not just for me, although I have been banned because of it. Was Elliot/Ellen a she or a he (or Ellen or Elliot) when she or he or they (that’s Elliot or Ellen, by the way) had his or her or their breasts removed? If he or she was a he, then why was it necessary to have the mastectomy? And how could those I am writing to make sense of what I was saying if it was “his” breasts that were removed? Were those male breasts or female breasts that were removed? If they were male breasts, then why were they removed? If they were female breasts (and had therefore become objectionable to the degree that surgery generally reserved for cancer treatment was morally obligatory) then wasn’t Elliot still Ellen and he still she?

How could I possibly have written that sentence in any sensible manner whatsoever while simultaneously making my point understandably — and not breaking Twitter’s rules against so-called hateful conduct? And Elliot Page just had his breasts removed?

Was he Elliot then? When, exactly? He was definitely Ellen at some point in the past, or so indicate all his/her/them/their film credits? Will all those have to be reshot, since they employ the hated “deadname” (that doesn’t exist, by the way, that “deadname” category, except in the censorial and addled minds of a tiny fraction of insanely narcissistic and increasingly dangerous trans activists). When precisely was it incumbent on me to switch my terminology in regard to Elliot/Ellen so that I was not engaging in hateful conduct? And how can I describe the fact that someone who was once a woman (and really still is) had her breasts cut off because she/he/her/them had fallen prey to a viciously harmful fad without using the appropriate sex-linked pronoun and the real name of the real person to whom this was really done (with her/his/their voluntary but unfortunate acquiescence)?

And so it was impossible to communicate what had happened to my audience without, apparently, running afoul of the impossible and absurd rules that now hypothetically govern morality itself in the days of the degenerated postmodern and Marxist ethos that we must still, no matter how impossible it is, abide by — or else.

And, you might object: Ellen/Elliot is an adult (thirty-something) and fully capable of making up her/his/their own mind about such things and she/he/they are welcome from the liberal and the libertarian position to go to hell in a handbasket as she/he/they see fit. And, fair enough — to some degree. But I don’t believe it is either merely picayune or inappropriate to point out that Ellen/Elliot, who is quite a good actor/actress, is also a ritual model for emulation, being a star, with all the privileges and, let us point out, the responsibilities that go along with that.

So, by acquiescing to this surgery, publicizing it and insisting upon the sanctity and moral virtue of his/her/their new expensive, dangerous, and medically-enhanced identity (and by participating in the whole identity charade), Ellen/Elliot has undoubtedly enticed many a poor, confused adolescent girl to blame her emergent pubescent self-consciousness, confusion, and discomfort on “being born in the wrong body” — and believing that the courageous, self- affirming, and morally admirable route is hormonal treatment, sterilization, subjugation to a lifetime of expensive medical complication (how delightfully profitable) and misery. And I believe, firmly, that Ellen/Elliot bears moral culpability for that.

And, finally, with regard to the final phrase “criminal physician,” I must say that I have had some post-coital (so to speak) regrets about that phrase. It is clearly the case that the surgical operation performed by the butchers who butchered Elliot/Ellen was legal. So, was it criminal or not? Were the operations undertaken by the fascist physicians who carried out the Nazi medical experiments legal? Yes, under the laws of the time. But were they criminal? I’ll leave that question up to you to answer.

And, further, perhaps it might be objected, “What about the damage done by hypothetically leaving those confused about their identity to dwell in their confusion? Aren’t we morally obliged to intervene?” And I would say, NO. Why? Well, first “do no harm” as the Hippocratic Oath (remember that?) insists. And, second, it has been a matter of historical consensus that sins of omission are less egregious than sins of commission. Thus, leaving someone with gender dysphoria — no matter how warranted (and perhaps it is, in a very tiny minority of truly unfortunate cases) — to suffer the consequences of the theoretical mismatch between soul and body is a less of a risk, ethically, personally, socially, and philosophically than the extremely active interventions that constitute so-called gender-confirming (another hated phrase) surgery.

I might also point out that the trans surgery enterprise is now a $300 million per annum growth industry (rate of expansion: 15% per year; projected increase by 2027 to $750 million per year). An expanding enterprise in a time of global uncertainty! Time to invest — both in the requisite surgical skills and, perhaps, in any industry associated with this vicious and unconscionable fad, primarily entangling (as such things so often do) the youthful and female. Isn’t that a concern, intersectionalists? Not when push comes to shove, or ideology to scalpel. Is that not a true moral hazard?

And I’m not taking down that tweet, or “acknowledging” that my tweet “violated the Twitter rules.” Up yours, woke moralists. We’ll see who cancels who. And I think, as well, that you woke folks at Twitter, working so hard to improve the world by so carelessly censoring (under the morally superior guise of “regulating hate”) have no idea what a tangled web you’ve entangled yourself in. Again. Yet again.

I’m really starting to think you’re just not that bright.

One thought on “What rules, you sons of bitches?”