If it’s cold, it’s because of the warming.

Because the warming causes everything, even blizzards! 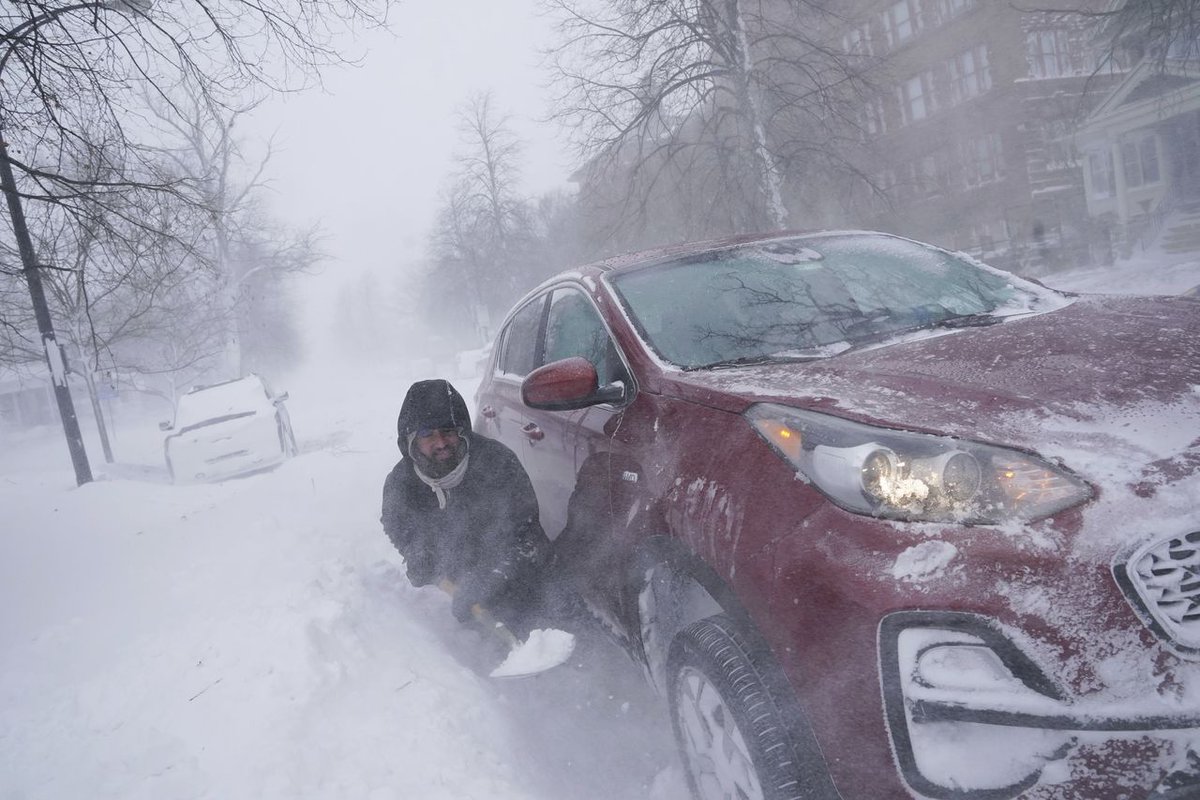 The #ClimateScam is a government power grab and a multi-trillion dollar green-grifter’s bonanza. 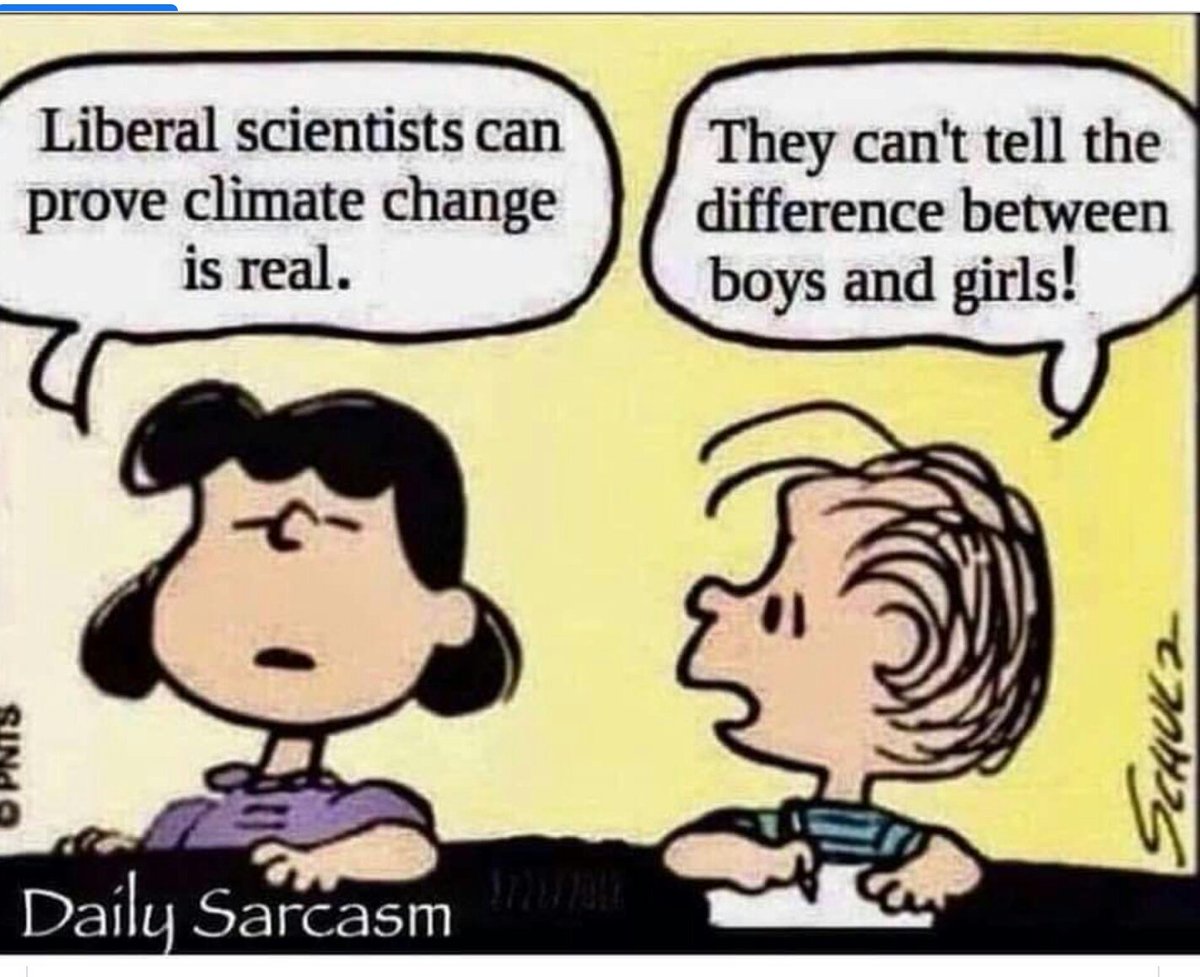 The Daily Mail recently published a story claiming the world could face a mass extinction of plants and animals within less than 80 years owing to climate change, but experts have dismissed the idea as “junk science”. 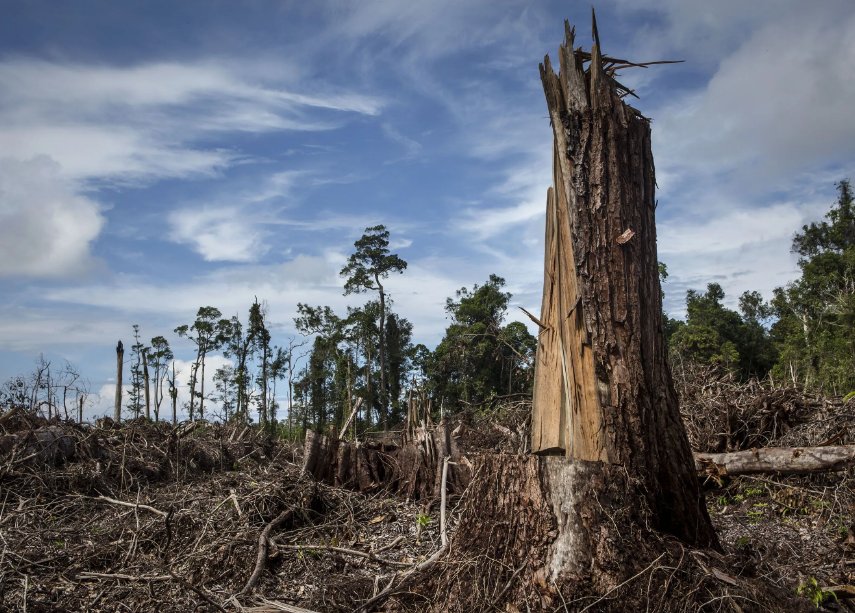 The Australian science blogger Jo Nova had an interesting take on the latest mass extinction science paper. “So a supercomputer adds up 15,000 webs of low level data on sloths, bark and butterflies, with error bars larger than trends, in systems we don’t understand, and a million lines of code, and extrapolates data up the kazoo – what could possibly go wrong?”

She goes on to quote Dr. Patrick Moore, co-founder of Greenpeace, who has noted that most of the species going extinct, “never existed in the first place”. Moore is another who is underwhelmed by extinction work produced by computers. He is unimpressed by estimates from the biologist Edward Wilson that 50,000 species go extinct every year. This estimate is based on computer models of the number of potential but as yet undiscovered species in the world.

“There’s no scientific basis for saying that 50,000 species are going extinct. The only place you can find them is in Edward O. Wilson’s computer at Harvard University. They’re actually electrons on a hard drive. I want a list of Latin names of actual species,” he wrote. 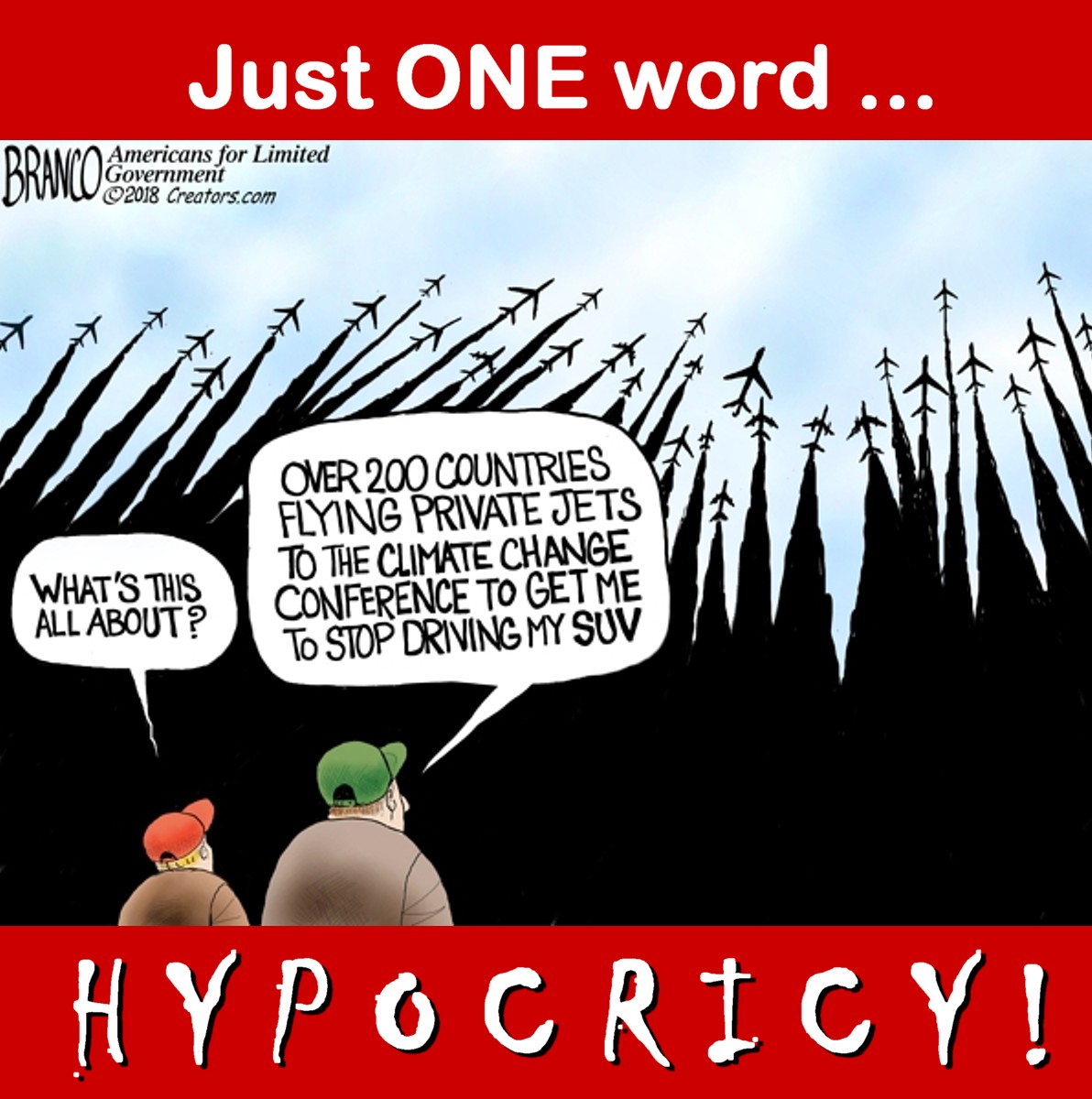 The popular prints are flooded with climate and weather misinformation. Net Zero, seen by increasing numbers of people as a looming disaster, is lauded to the skies. Few journalists investigate the ‘unsettled’ science behind unproven claims that humans cause most, if not all, changes in the climate. To point out that there are not enough minerals in the ground to make batteries to power humanity’s basic transportation needs, let alone store the energy required to keep us all alive in the cold when renewables go on strike, is simply not allowed. Needless to say, as we have seen in a number of recent Daily Scepticarticles, this absurd state of affairs is partly the product of a carefully-curated public discourse targeting cash-strapped news rooms and funded by a vast supply of dark, green money.

Recently I reported that the Mirror had run a nonsense story about much of London disappearing beneath the waves within 80 years. I noted that this was not the handiwork of a crack team of investigative reporters, but rather the placed work of a U.S. green activist group called Climate Central. This operation specialises in ready-to-publish climate change material highlighting local landmarks allegedly due to disappear beneath the waves. Similar tactics are used by another activist group spreading fear and alarm called Covering Climate Now (CC Now). This operation is run out of the Columbia Journalism Review in New York, and is backed by the Nation and the U.K. Guardian. Both operations rely heavily on large gifts from Left-leaning U.S. foundations.

CC Now was started in 2019 and claims to feed over 500 media operations with written stories and climate narratives. Its “partners” include some of the biggest names in news publishing such as Reuters, Bloomberg, Agence France-Presse (AFP), CBS News, ABC News and MSNBC News. Leading journals are said to include Rolling Stone, Huff Post and Teen Vogue. The founders seek a “reframing” of the way journalists cover climate change. What this means in practice is amplifying an invented ‘climate emergency’ by constant story catastrophisation, while denying any inconvenient science. The political aim is the promotion of the command-and-control Net Zero agenda. 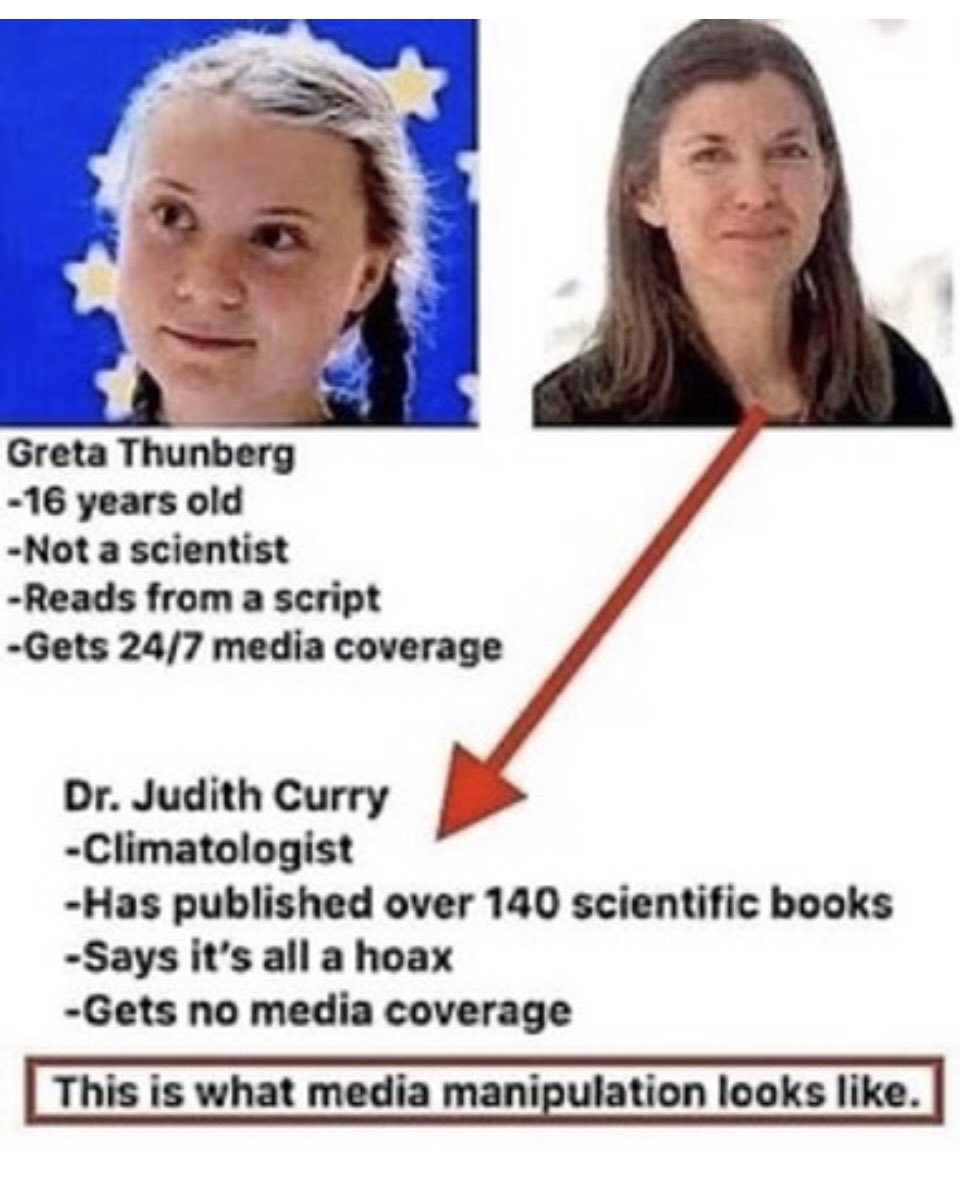 There is plenty of advice for tame journalists aiming to ramp up climate hysteria. “The fastest way to catch up is to emulate outlets that are already covering climate change well. You can’t do better than the Guardian,” CC Now suggests. But what to do about the problem that paying readers tend to disappear when fed a diet of spun political messages? “Foundations like Knight, Ford, McCormick and Emerson Collective are rightly increasing their support for local news organisations,” it adds.

Relentless catastrophising of individual weather events is the favoured weapon to spread climate fear among the wider population. Using the recent experience of the Covid pandemic, activists have been emboldened to spread panic and alarm in controllable media to achieve their wider political aims. Despite oft-made claims, it is impossible to use models to ‘attribute’ single weather events to long term changes in the climate. CC Now skirts this obvious problem by providing a number of helpful explanations for gullible journalists to copy-and-paste. “Climate change isn’t solely to blame for extreme weather, but… it stacks the deck against us… it’s baked in with our weather and often a key ingredient in the outcome… it supercharges normal weather patterns, like steroids.” Journalists are told to emphasise the human impacts of extreme weather, noting that it affects “the poor, communities of colour, and indigenous groups first and foremost”.

All this sterling work, of course, deserves prizes. The 2022 CC Now Journalism Awards “honoured” writers producing the “strongest coverage of the onrushing climate emergency and its abundant solutions”. Winners are said to have come from the Guardian, AFP, Al Jazeera, PBS NewsHour and the Los Angeles Times. Journalist of the Year was Time Senior Correspondent Justin Worland. The judges singled out for particular praise an article he wrote ahead of COP26 titled, “The Energy Transition in Full Swing. It’s Not Happening Fast Enough“.

Billionaire-run foundations are spending enormous sums promoting junk alarmist science, in addition to funding on-side academic institutions and other influential bodies. Both Climate Central and CC Now are funded by the Rockefeller Foundation, while Climate Central takes support from the Grantham fund. This latter foundation is connected with the green billionaire investor Jeremy Grantham, and also partly funds three U.K. university institutes. At the LSE, this operation provides material that supports the Net Zero initiatives.

Jeremy Grantham is a long-time promoter of Net Zero and a future based on renewables. But it is not only journalists he has in his sights. Speaking in 2019 to a group of business people in Copenhagen about the approaching apocalypse, he asked rhetorically, “What should I do, you say”? His suggestion: “You should lobby your Government officials – invest in an election and buy some politicians. I am happy to say we do quite a bit of that at the Grantham Foundation… any candidate as long as they are green.”

The science writer and climatologist Dr. Judith Curry has become increasingly concerned about the effect of all this propaganda on children. In a recent essay, she wrote that it was difficult to avoid the conclusion that children are being used as tools in adults’ political agenda surrounding climate change. This is having adverse impacts on the mental health of children, she warned. The apocalyptic rhetoric surrounding the climate ‘crisis’ has numerous victims, she added. “Children and young adults rank among the victims of greatest concern.”

Children and young adults are being used as tools in national and international political  campaigns, continued Dr. Curry. “Blaming this unfortunate situation of psychological stress on a changing climate is incorrect, and the use of the situation to achieve political goals is reprehensible behaviour that is acting to reinforce the children’s psychological injuries,” she charged.

Your correspondent’s advice: When you next see an identikit climate Armageddon story in the mainstream media, just laugh. You will be the sanest person in the room.