Blackrock CEO Larry Fink refuses to answer simple questions when walking the streets of Davos at the annual WEF conference.

But they got pretty close to Pfizer’s Bourla:

The WEF is now the place where independent media confronts corrupt bureaucrats who would otherwise face ZERO accountability from media. This is the new WEF. They can no longer hide. This is no longer their safe space. Incredible work @RebelNewsOnline

How the hell did Big Pharma buy nearly every government in the world?

The WEF is often described as group of super villains, but they’re also hilariously idiotic. Not just evil, buffoonish. And by the way, they know it. https://t.co/xUwgtcVp2B pic.twitter.com/bWvK1lg3cS

Covid was a scam and the vaccines were a danger.

Ukraine is a gigantic scam,  the WEF is a menace and “climate change” is a power grab. Pay attention.

Tony BLiar is a crook who ruined the UK forever.

We need a global database of all who's vaccinated & who isn't pic.twitter.com/R1yHpGWotC 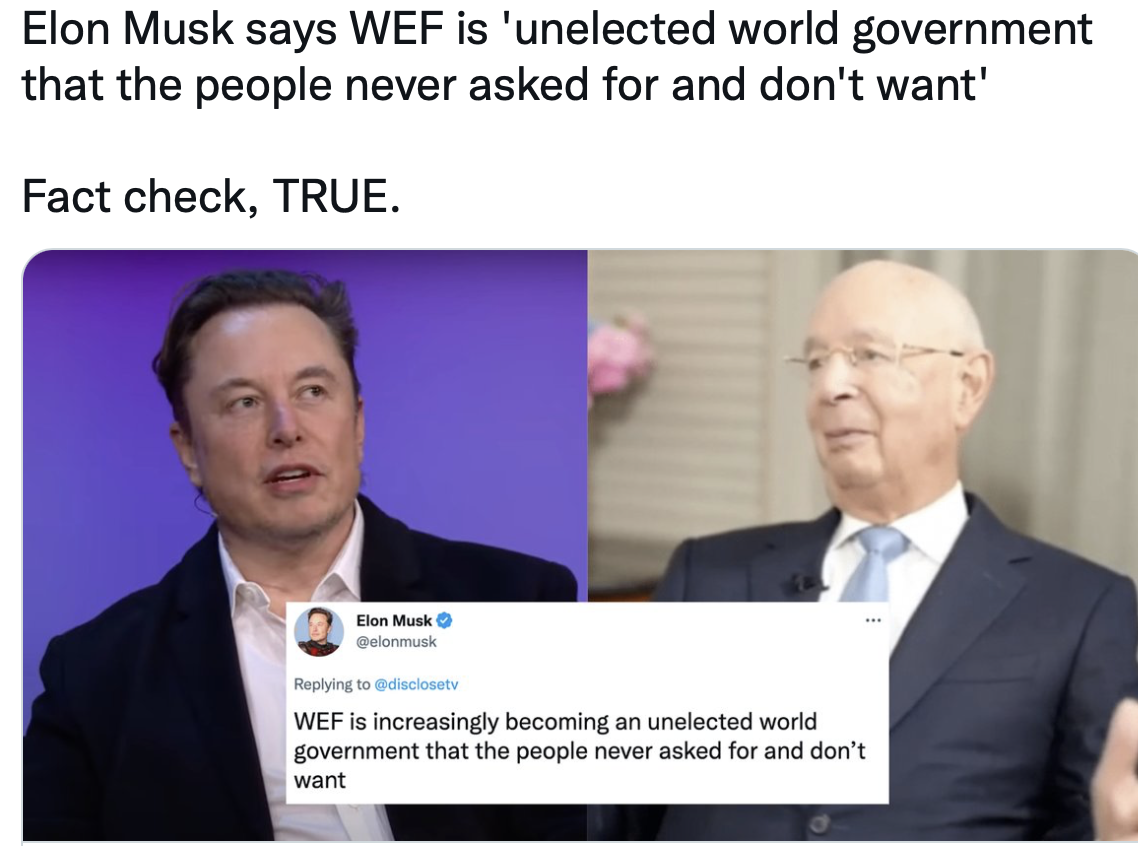 Dr. Robert Malone: The WEF should be shut down and all young global leaders and globalist should be removed from office.

If ‘died suddenly’ was rampant amongst the unvaccinated, the mainstream media would be having a field day.

Conference: I Will Answer Questions of the 'Accredited Media' Only (Nov. 2021)

Man: "Why is the vaccine not working in Israel? … 39% efficacy … and you are still pushing it."

Ardern: "Sir, I will shut down the press conference if you do not cease." pic.twitter.com/ZxS0Mlzsk1