April 12, 2017 ·
.
A judge has apologised to a Sudanese teenager for jailing him over a terrifying jewellery store robbery; another member of the gang walked free despite pleading guilty.
www.7news.com.au
#7News
. 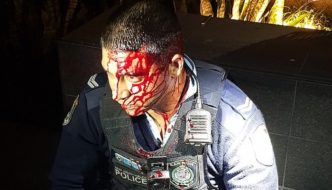 He also said “I wanted to kill a cop in the name of Allah.” But “a police source” said “there is no affiliation with terror groups or any evidence he is even religious.” And of course, as is so often the case, “detectives are also investigating whether Elrezz had any mental health conditions…COMMENTS