Picture of the week: CAIR is standing by its principles 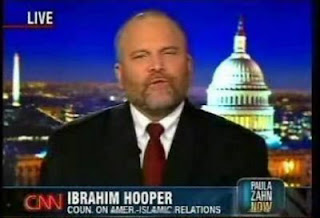 CAIR is standing by its principles – adamantly refusing to condemn the Sharia stoning of a 13-year-oldÂ rape victimÂ in Somalia for the crime of ‘sex’ outside of marriage.

Barack Obama is on record criticizing Denmark â€” among other countries â€” for failing to take in its share of Iraqi refugees. The relevant statement is in aÂ position paperÂ (pdf format) entitled “Barack Obama: Turning the Page in Iraq” (page 4):

Fulfill America’s Obligation to Accept Refugees:Â The State Department pledged to allow 7,000 Iraqi refugees into America, but has only let 190 into the United States. Obama would expedite the Department of Homeland Security’s review of Iraqi asylum applicants. Obama also would appeal to the Coalition’s original partners to expand their refugee quotas. Coalition partners such as Great Britain, Australia, Italy, Spain, the Netherlands, Denmark, and Japan have done woefully little to meet the refugee crisis, and must be encouraged to do more. Arab governments, especially American allies such as Saudi Arabia and Kuwait, should also be enlisted.

This is not news â€” the document was published in 2007 â€” but it surfaced today in theÂ Swedish press. That was enough to make the ever-alert Danes sit up and take notice, and it stirred discussion which eventually spread to English-language sites. AsÂ Islam in EuropeÂ described it:

In hisÂ “Turning the Page in Iraq” speechÂ more than a year ago, Barack Obama mentioned that he expects the coalition partners to take in more refugees:

It’s also time to go to our friends and allies â€” and all the members of our original coalition in Iraq â€” to find homes for the many Iraqis who are in desperate need of asylum.

President-elect Barack Obama criticised several of the Iraq War’s coalition force nations for not taking in enough refugees from the chaos-ridden country.

On his website, Obama outlines the goals of his up-coming presidency, including a section entitled ‘Fulfill America’s Obligation to Accept Refugees’. Here he writes that ‘coalition partners such as Great Britain, Australia, Italy, Spain, the Netherlands, Denmark and Japan have done woefully little to meet the refugee crisis and must be encouraged to do more’.

But the US State Department itself was not spared of the president-elect’s criticism. He pointed out that only 190 Iraqi refugees have been accepted by the US since the war’s start, in contrast to the 7,000 it originally promised to take in.

Yes, thanks to the strenuous objections of organizations likeÂ Refugee Resettlement Watch, not nearly as many Iraqi refugees were foisted on the USA as the Bush administration would have liked. Not only that, once the Surge took effect, not nearly as many Iraqi refugees were created as had been expected by the doom-sayers at State and in Congress. The recent refugees fleeing Iraq have mostly been Christians driven out of northern Iraq by peace-loving Muslims â€” but that’s another story.

Mr. Obama’s position paper appears slightly antiquated now. It has a section entitled “The Surge is Not Working”, and refers to the conflict in Iraq as a civil war. Now that the Sunni tribes have joined in the rout of Al Qaeda, his formulation seems just a bit stale. I’m sure that the Office of the President-Elect is even now busy rewriting the appropriate documentation to reflect the facts on the ground.

In the rest of the document there are a lot of other entertaining pipe dreams, pie-in-the-sky ideas, wishful thinking, and whatever else you want to call the fantasies that make up the foreign policy of the administration-in-waiting.

But the interesting thing about all this is that Barack Hussein Obama indicated well in advance that he wanted to push more Muslim immigrants into various European countries â€” yet the Europeans gave him more than 70% of their shadow votes!

What’sÂ wrongÂ with you people? You’re as bad as we are.

And Japan! The Messiah wants to resettle Muslim refugees in Japan!

He wants to turn one of the few nations of the civilized world that has resisted the tide of political correctness into yet another failed Multicultural state.

It has worked out so well for Europe. Why not Japan?