Â Â Â Â Thursday marks the third anniversary of Shalit’s capture by Hamas-led Gaza militants in a cross-border raid at his military base near the Gaza Strip.

Â Â Â Â The Islamic Hamas movement wants Israel to free hundreds of Palestinian and Arab prisoners, including all youngsters, women and the elder, in return for the captive.

Â Â Â Â “The issue is still marking time and the contacts are weak, there are no new proposals,” he said, adding that the reports were “trial balloons the Zionist enemy releases.”

Â Â Â Â He reiterated that Israel has to accept the captors’ demands as the only possible solution to Shalit’s case.Â

One of the most heinous acts of the early days of the ‘intifadeh’ was theÂ lynchÂ of two Israeli soldiers in a Ramallah police station in October 2000.

On October 12, 2000, two Israeli soldiers (Vadim Nurzhitz and Yossi Avrahami[1]), entered Ramallah and were arrested by the Palestinian Authority police. According to Israeli sources, the men were reservists, who on their way to reporting for duty entered Ramallah by mistake; Palestinian sources claimed that the men were armed and “dressed in civilian clothes, apparently on an undercover operation”[2], but their bodies in military uniform can be seen in photographs[3] and in video footage broadcast later on the TV. It was also reported that rumours were “circulating through the mob that the captives belonged to the feared and hated undercover units of the Israeli army which dress as Arabs”Â

* Â Hamas chief:Â “A demilitarized state is a miserable state, not a serious entity,”Â

Of course the UN is silent! 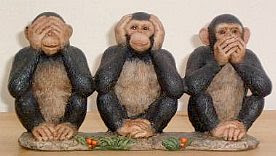 Claudia Rosett decries the UN’s silence on Iran. And she knows why the United Nations couldn’t care less about what’s going on in Iran:Â Israel cannot be blamed.

Not untilÂ June 22 did Ban finally return to the subject of Iran. And even then, Ban did not step forth before the cameras himself. At the regular noon press briefing, Ban’s spokeswoman, Michele Montas, delivered a long list of announcements, replete with notices of assorted public service awards, and of the demise of a man who served from 1976 to 1981 as the spokesman for former U.N. Secretary General Kurt Waldheim. There was nothing on Iran. More from Carl in J’lem>> 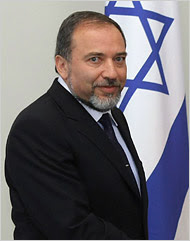 In an interview that’s not likely to win him any friends in the White House, Israeli foreign minister Avigdor Lieberman hasÂ slammedÂ American President Barack Hussein Obama for his policies on Iran and on Israeli ‘settlements’ in Judea and Samaria.

He lambasted the West for not giving more support to Iranian reformists. “This really fanatic extremist regime is still in power, and the young people who are ready to fight and die for change are not getting any real support from the West,” he said. “The fact that this regime continues to be an acceptable partner for dialogue is really a bad message. It shows the bad guys are winners.”

Lieberman also criticized the Obama Administration for demanding that Israel halt construction in Jewish settlements inside the Palestinian territories, saying it is a “mistake.” He added, “We are trying to formulate some understanding with the U.S. We don’t speak [with the Americans] of building new settlements. We don’t speak of expansion. We try to build only within existing construction lines.” In quiet but forceful tones, Lieberman said, “We cannot suffocate our own people. You know, babies are born. People get married. We cannot stop life. People want to build a synagogue or a kindergarten.”

Lieberman also claimed that the Israeli-Palestinian conflict was part of a broader “clash of values between civilizations,” and that it was not the key for bringing peace to the Middle East, as many believe. “With 9/11 and terrorist acts in London, Madrid, Bali, in Russia, I can’t see any linkage with the Israeli-Palestinian problem,” the Moldava native told TIME, speaking in Russian-accented English.

Incredibly, Time decided that Lieberman has ‘tempered his views’ and almost makes him sound ‘moderate.’ Yes, we all knew already that Lieberman favors a ‘Palestinian state,’ but perhaps it’s not so bad if the world knows it as well.

I am sure that many of you recall Haaretz editor David Landau’s request to former Secretary of State Condoleezza Rice that the United States ‘rape‘ Israel. Rice did not succeed in doing so – arguably because President Bush did not let her. But the Obama administration has taken up the quest with full force, and led by the President himself it is seeking to betray America’s staunchest ally and deprive her of the means to defend herself. Moshe Dann explains why rape isÂ the perfect descriptionÂ for what the Obama administration is trying to do. But this isn’t just any normal rape: It’s a rape by a family member, and that’s the worst kind of rape. 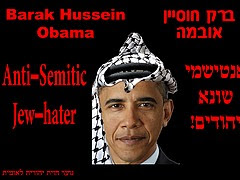 3 thoughts on “Gaza: The Islamic Hamas movement on Thursday said it cannot confirm or deny if the captive Israeli soldier Gilad Shalit is still alive”