Kidnapping is totally un-Islamic, we all know that, don’t we?

Following are excerpts from an address by former Kuwaiti MP Mohammed Hayef Al-Mutairi, delivered at a rally for the release of Kuwaitis held in Guantanamo Bay. The address was posted on the Internet on March 31, 2013.

END_OF_DOCUMENT_TOKEN_TO_BE_REPLACED

As long as we pay the Â jiziya with willing submission everything will be okay, right?

I tried to tell you — back inÂ January 2011. “Egyptians Want to Ditch Peace Treaty With Israel, Poll Shows,” by Patrick Goodenough forÂ CNS News, May 14

Its all about Â the ‘freedom to practice their religion”- which has nothing to do with Islam:

“The Jihadist Group to Cleanse the Country” threatensÂ they would kidnap some of the news presenters and inflict harm on companies that advertise with channel, if the channel “does not change its media policies.”

Comedians do it tough

Thanks to Gates of Vienna

Of course, any good Muslim will tell you that “hostage taking is un-Islamic…” and western politicians will assure you that they will not Â “negotiate with terrorists”. Â In light of recent releases however, an absurd claim….

An Al Qaeda website is in effect calling for the taking of Dutch hostages so that they can be exchanged for Mohammed Bouyeri, the Islamic terrorist who ritually slaughtered Theo van Gogh in 2004 and is serving a life sentence for it.

Our Flemish correspondent VH has translated an article fromÂ De Telegraaf about the latest warnings:

Mohammed Bouyeri, the murderer of Theo van Gogh, must be exchanged with western hostages. Jihadists have made that call to al-Qaeda in North Africa.

END_OF_DOCUMENT_TOKEN_TO_BE_REPLACED

“This is one of the most dangerous cells we have uncovered.”

Seven Israeli Arabs affiliated with al-Qaida and Global Jihad have been arrested for allegedly murdering a taxi driver last year, and carrying out a series of terrorist attacks, the Shin Bet (Israel Security Agency) revealed on Monday.In a joint police-Shin Bet operation, Ahmed Ahmed, 21, Jalib Janam, 26, Wassim Allam, 23, Khidar Ziddana, 22, Ahbed Abu-Salim, 19, Adi Azzam, 23, and Oman Kakhibi, 22, all Nazareth residents, were arrested between May 11 and June 21. All seven were indicted Monday at the Haifa district court.

The Jewish people are going to have toÂ expel the annihilators. Don’t get too comfortable. It’s already happening in Europe, and it’s coming here.

(Israelnationalnews.com) Arabs in Shiloach (Silwan) near the Kotel in Jerusalem went on a rampage Sunday evening. At least two hundred Arabs hurled fire bombs, fireworks and rocks at security guards stationed at Beit HaDvash in the neighborhood, and at dozens of policemen and Border Police who came to restore order.

Dep.-Cmdr. Avi Elgrisi, Head of Amakim Police’s Central Unit told The Jerusalem Post that “this is one of the most dangerous cells we have uncovered.” The investigation was initially focused on two suspects, before being widened to include seven other suspects, he said, adding that police are expected to make more arrests in connection with the investigation.

The seven said that they founded a group called Aljahabiyya and claim to follow Salafism, an extremist Sunni Islamic movement. Aljahabiyya was formed two years ago, and inspired by and affiliated with al-Qaida and Global Jihad. The group underwent a process of radicalization, using material found on the Internet, including pictures of weaponry and instructions to prepare explosives and perpetrate terrorist attacks. The seven downloaded al-Qaida propaganda movies and speeches by Osama Bin Laden.

“They accessed the Internet for jihadi ideology and indoctrination, and used it as an information source to listen to extremist clerics,” Elgrisi said.

END_OF_DOCUMENT_TOKEN_TO_BE_REPLACED

Killed for “bringing the light of Christianity” to the Muslim savages:

Lydia and Anna Hentschel, six and four, were flown back to Germany in a Challenger 601 jet of the GermanÂ Luftwaffe on Wednesday.

The brutality and length of this hostage taking may be explained by the fact that the girls father had been trying to convert Muslims to the Christian faith. German authorities believe that the Germans were regarded as Christian missionaries in Sa’ada and missionary writings were found in the belongings of the Bible students who have been murdered.

Johannes, a technician and Arabic speaker, and Sabine, a nurse, had fulfilled a dream by uprooting themselves off their home in Saxony seven years ago and moving to Yemen. They were employed by Worldwide Services, a Christian charity based in the Netherlands, which makes the qualification used by the media, that they “were regarded” missionaries, appear somewhat superfluous. To all intents and purposes, they WERE missionaries.

They had planned to return to Germany this year for their daughters to start school.

I won’t say much about the parents. Just that this is just another sickmaking example of what German “idealism” is capable of doing. Because THEY thought THEY could bring the light to the savages in one of the most backward countries in the world, because of this preposterous arrogance, because they thought that made it worthwhile to start a family and live there, they are now most likely dead, together with their baby son who never had a chance.

The baby son, in case he survived, will be raised as a Muslim among Muslim tribesmen.

Thats what Sherifa Zuhur is teaching unsuspecting recruits at the US Army War College. In reality, Â kidnapping, hostage taking, raping captured women and selling them as slaves or for ransom is all part and parcel of Mohammedan warfare and tradition that goes back to the meshugga prophet.

Al Qaeda: “We Will Murder French & Italian Hostages if You Don’t Release our Brothers”

Good news: al Qaeda in the Islamic Maghreb (Northwest Africa) did not kill Italian Sergio Cicala and Pierre Camatte, from France as they had promised.

Bad news: they’re giving Italy and FranceÂ 25 more days to exert pressure on the government of Mali to release members of AQIM. After that the two hostages will be murdered.

We demand the hostages be set free without any conditions or any quid pro quo. Hostage taking is barbaric and exposes al Qaeda as the murderous thugs that they are. If you support this, you too are a barbarian.

Unfortunately for Muslims, the taking of slaves and hostages in battle was a practice endorsed by Muhammad. The practice is clearly evil. Either Muhammad wasn’t a prophet, or his example (sunnah) in many cases should not be followed.

Latest news on Paul and Rachel Chandler, who were kidnapped by Somali pirates in October: hostage takers warn the couple could be sold to al-Qaeda

“As for the captives, the amir [ruler] has the choice of taking the most beneficial action of four possibilities: the first to put them to death by cutting their necks; the second, to enslave them and apply the laws of slavery regarding their sale and manumission; the third, to ransom them in exchange for goods or prisoners; and fourth, to show favor to them and pardon them. Allah, may he be exalted, says, ‘When you encounter those [infidels] who deny [the Truth=Islam] then strike [their] necks’ (Qur’an sura 47, verse 4)” — Al-Mawardi,Â al-Ahkam as-Sultaniyyah, (The Laws of Islamic Governance).

This one seems to have been ransomed in exchange for prisoners.

The German government has been presented with a new challenge in Yemen. Kidnappers holding a German family are allegedly demanding $2 million in ransom and the release of several suspected Islamist terrorists being held by the Yemeni government. The demands are being met with skepticism.Â more…

Cry me a river:

The Pain of Listening

Using Music as a Weapon at Guantanamo

For years, US interrogators at Guantanamo used painfully loud music on prisoners at Camp Delta. Rock musicians like Tom Morello of Rage Against the Machine and civil rights organization are demanding an investigation into the practice.Â By Tobias RappÂ more…

More Than Half of Turks in Austria Want Sharia…

More than half of the approx. 220,000 Turkish immigrants – 2.65% of the 8.3 million people in Austria – want Islamic law introduced into the Austrian legal system.Â  Asked whether some parts of Islamic law (e.g. marriage, family and inheritance laws) should be incorporated into Austrian law, 50% agreed, 16% said it depended on which elements were incorporated and 22% were against it.Â  Responses varied by education level and German language skills, but religion was the most decisive factor.Â  Close to 62% of religious-political Muslims agreed Sharia should be incorporated, compared to 41% of secular Muslims.Â  In both groups, an additional 16% said it depends on what elements were to be incorporated. 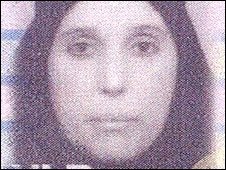 * Don’t take my word for it. Ask Keysar Trad:Â “Polygamy and Other Islamic Values are Good for Australia”
END_OF_DOCUMENT_TOKEN_TO_BE_REPLACED