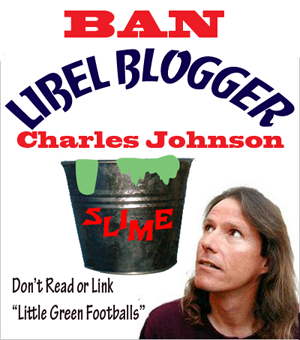 Lately Charles Johnson has moved left and has begun a vicious smear campaign against conservative bloggers and pundits. Â However, the blogosphere can do something about Charley’s hateful and unethical behavior, and that is to BAN HIM BACK. Â Don’t read or link to “Little Green Footballs.” Â Run the “Ban Charles Johnson” graphiclocated at this link. Â Pass this message on to all bloggers that you know. 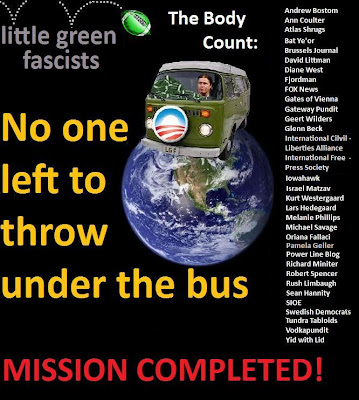 Kudos to theÂ Religion of Peace for the intial embed! “Yes, yes we know. This is horribly off-topic – and we do try to stay out of the blog wars. Still, as former fans of Little Green Football founder Charles Johnson, this is just too clever to ignore.”

5 thoughts on “Libel Blogger Johnson Throws Himself Under the Bus”