Limbaugh: Obama Is A “Threat To Liberty”

The first year of the Obama Administration has tested the strength of the true believers who gathered in Grant Park on that November night last year. During the campaign they had suspended their beliefs in how the American system works and embraced Obama’s heady promises of a changed America, even as storm clouds gathered over the US economy …

Yet a year after the November 4 election, the checks and balances the founding fathers built into the US political system to moderate the revolutionary zeal of its early settlers have worked,Â all too well, to blunt Obama’s agenda.

Strange that nobody noticed these barriers before Obama was elected. They’ve been around for a while.

Hillary Clinton Admits: “We Tax Everything That Moves”—

Been there, done that: Kabul, Afghanistan (CNN) — A top Taliban political leader delivered a message Friday to President Obama, calling his attempt to lure away Taliban fighters with money “an old weapon that has failed already.” 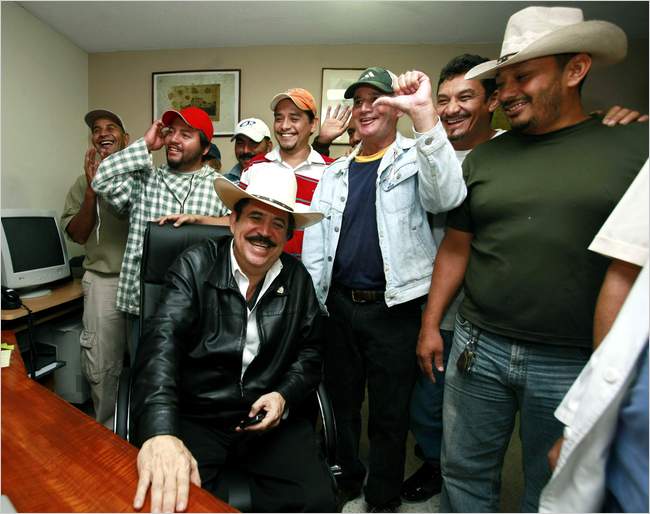 Honduras’ ousted President Manuel Zelaya surrounded by his supporters, smiles at the Brazilian embassy in Tegucigalpa, Friday. The New York Times has more>>

3 thoughts on “Obama Worshipers Discover the Constitution… and don't like it one bit!”