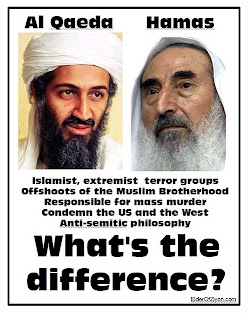 The claim “there’s no military solution to rocket fire” is patently absurd. During those same years when Gazan terrorists fired more than 7,000 missiles at Israel, not a single rocket was fired from the West Bank. So unless you believe that West Bank terrorists, unlike their Gazan counterparts, never wanted to launch rockets, the obvious conclusion is the IDF’s continuous, proactive presence has thus far prevented West Bank terrorists from acquiring rocket-launching capabilities.

The diplomatic arguments against such a move are far more serious: The international outcry would be enormous. But continued delay will only further embolden the terrorists, further accustom the world to the idea terrorists are entitled to shoot rockets at Israel with impunity, and make war with Egypt more likely. Indeed, the Eilat attacks put the diplomatic consequences of inaction on stark display: Though Israel had precise intelligence about the attacks, itsgovernment rejectedÂ a Shin Bet security service recommendation to thwart them via a preventive strike on Gaza, fearing Egypt’s anger. In consequence, the attacks went ahead and several Egyptians were killed â€“ outraging Egyptian public opinion far more than a strike on Gaza would have.

Gaza’s terrorist regime must be destroyed. Israel can no longer afford any other outcome.

For years, the Left has argued that there is no military solution to terror, and that therefore we must capitulate to it by giving up our strategic assets. More than two years of relative quiet on our southern border and five years (and counting) of relative quiet on our northern border show that the Left is wrong. There is a military solution to terror. And hopefully the next time we have a chance, we will implement it in full.

One thought on “Destroy the terrorist regime in Gaza”