PJ Media’s Robert Wargas has a few questions that should make it easy for ya to come out of the closet:

Do you think the “Reverend” Al Sharpton is a criminal, a liar, an antisemite, a libelist, an extortionist, a racketeer, a predator?

Do you either ensconce the phrase “Justice Department” in scare quotes or preface it with “so-called”?

I have a dream:

Teachers at Malcolm X ElementaryÂ in Southeast are using the unfolding case and the story surrounding Martin as part of their “Let’s Keep Our Children Safe” seminar. Â Trayvon Martin Day declared at D.C. elementary school
.

Figaro would get a nervous breakdown:

Mr Jean allegedly received a $60,000 loan from hip hop manager James Rosamond, who is currently on trial for drug charges, and Mr Sharpton was allegedly given a $10,000 donation by the suspected drug kingpin, according toÂ thesmokinggun.com. Read more: Daily Mail

It isn’t easy keeping up with the casualties in the ongoing War on Whitey, especially since it has been blacked out (so to speak) by the complicit “mainstream” media, which has been feeding the violence with pernicious moonbat propaganda (e.g., the Passion of St. Skittles). A good place to start is the archive directory at the blogÂ Black Racism and Race Hatred of Non Blacks:

Black race hatred and the mass murder of 188 whitesÂ LINK

320 whites murdered in their own homeÂ LINK

206 brutal attacks for being white on a public streetÂ LINK

There would be enough appalling information at the links above to keep dozens of journalists busy for months â€” if journalism hadn’t officially died back in 2008.

Hello. My name is Robert Wargas and I am a Racistâ„¢.

No, notÂ thatÂ kind of racist: not the kind that, you know, actuallyÂ dislikesÂ people of other races. I don’t have no hate literature on my shelves, if that’s what you think â€” except for that copy ofÂ Mein Kampf Â I used years ago to write that paper on the Nazis. I don’t walk out my door in the morning thinking, “Theodore G. Bilbo was right.” I don’t look in the mirror and think, “What I need is an entire university department devoted to my skin color.”

I’m none of that, dear readers. None of that. I am, instead, a Racistâ„¢.Â  University-tested and media-approved. Hot off the assembly line. Tagged and branded. Ready for mass consumption. A jester. I’m available for parties. I can dance and quote Ayn Rand. I could tell you all about Say’s Law. I can balance your checkbook. I know the difference between Hayekian and Misesian theory. I can tell you what the phrase “a well regulated militia” really means. I’m hot for Bernard Lewis and Gertrude Himmelfarb. There are many of us. We’re available at fine stores everywhere. We are the 99%.

Are you interested in becoming a Racistâ„¢? You may be eligible:

Do you oppose the siphoning off of productive earnings and investment capital into byzantine welfare schemes, run essentially as discretionary funds for politicians who both buy votes and further reward those who have already been bought?

Do you oppose theÂ de factoÂ repeal of the Ninth and Tenth Amendments?

Do you think the “Reverend” Al Sharpton is a criminal, a liar, an antisemite, a libelist, an extortionist, a racketeer, a predator?

Do you either ensconce the phrase “Justice Department” in scare quotes or preface it with “so-called”?

Do you think the United States Capitol is, or should be, too important and hallowed a venue for whiny, middle-class white girls from Georgetown to be complaining about the price of contraception?

Do you oppose the efforts of Barack Obama to debase and marginalize allies like Israel and Great Britain while simultaneously offering Russian gangster-politicos concessions made by mortgaging the nation’s well being against the results of his re-election campaign?

Have you noticed that the only way to escape the scorn and contempt of Barack Obama is to be the representative of a hostile Third World dictatorship?

This is not a comprehensive list, but if you meet these requirements, you too could be a Racistâ„¢!

Oh how I love being a Racistâ„¢! I consider it a badge of honor, like a war wound obtained defendingÂ the FalklandsÂ [2]…err, the Malvinas…err, the Maldives.

Why do I embrace such a horrific label? Well, you, like me, may have noticed something happening. Small rumblings. Do you have your ear to the ground?

That, dear reader, is the sound of a distant stampede. No, it’s not a coming race war â€” don’t fall into the left-wing trap of reducing the world to categories of race, class, and gender. That sound is, rather, the stampede of an awakened public.

You may have noticed, then, that while the charge of being a Racistâ„¢ is still significant, its barbs have dulled somewhat. Blogging and citizen journalism have demonstrated that the media are not merely useless but dangerous. Several months ago, we were told that a white man in Florida decided, spur of the moment, to slay a preteen black boy half his size for no good reason. It turns out that not one part of the foregoing sentence is true. And yet the media proceeds as if we still believed it.

But weÂ get itÂ now.

In other words, we may actually be reaching the point we’ve all been waiting for: the point at which the charge of Racismâ„¢ begins to lose its social power. Trust me, I’m aware we have a long way to go: Big Media is unsalvageable, and our universities are still North Korean enclaves, to name but two obstacles.

One notices in subtle ways, however, that people are pushing back. Read the comments below any racially tinged or politically correct news story. PeopleÂ get itÂ now. The jig is up; the fiddler’s done fiddlin’. We all see the emperor’s bare ass and all that jazz.Â Many blacksÂ [3]Â see it tooÂ [4]Â â€” the ones nobody talks about. The media has become so absurd, so discredited, so obviously disreputable in the eyes of the public that everything it stands for, every charge it hurls, including Racismâ„¢, is now meaningless, like paper money after an inflationary rush. Down is up. Bad is good. Racistâ„¢ is no racist at all. 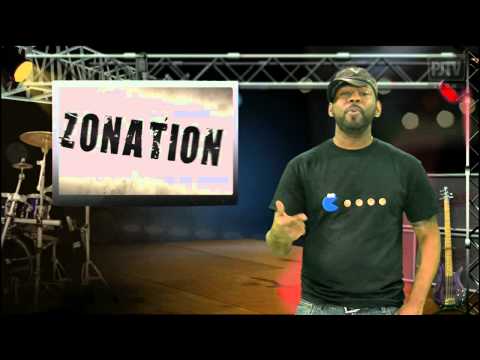 In addition to a failed media we have a failed presidential administration, one that was hailed (by said failed media) as one of Hope and Change, one of a Glorious Great Leap into a Post-Racial Future. We were promised oh so many things: The birds would sing Vivaldi, the seas would part, the dead would rise, dogs and cats would live together. We’d all have health care, homes with no mortgages, energy that was free and green. We’d seal Guantanamo brick by brick. Race? We wouldn’t even remember the definition of the word. Our cups would brim and runneth over.

But weÂ get itÂ now.

Over the past four decades, one of the main reasons the word “racism” became so powerful was that it was backed up by the increasingly symbiotic relationship between the economy and the state. I’m willing to bet that if it could be demonstrated mathematically, the social power of the word “racism” would prove to have risen in direct proportion to the number of new economic regulations added to the books.

The bigger the relationship between state and economy, the more well entrenched certain worthless and otherwise profitless industries become. The more worthless an industry is, the more amenable it is to political power, because the more political power it needs to survive parasitically off the public. Thus we have the Race Industry. Like a virus that hijacks a healthy cell’s genetic machinery, the Race Industry worked its way into every corner of society, spreading its poison via the workings of American political economy. With power and money as its fuel and fear and guilt as its product, the Race Industry milked us all until we were half dead, until we were forced, in the ultimate act of sadomasochism, to elect a presidentâ€”a president!â€”who quite literally worshiped at the church of racism.

But now that trillion-dollar stimuli have yielded no results and the entire social-democratic world, from California to the European Union, is a financial disaster… now that state power and “social democracy” are starting to be questioned by ever-growing chunks of a ripped-off and pissed-off public… now that each day brings more absurd news stories of “racism,” each moving the bar for being called a Racistâ„¢ even lower… now that the bar has been lowered so far it scrapes the pavement… now that we are all Racistsâ„¢…

Now that all of this is happening, the (forgive me for using this term) paradigm is shifting.