Look and watch how this scumbag of a father lies and deflects blame for his jihadist son who went off to Syria to wage jihad. Its all our fault…. blah blah…

Thanks to Vlad Tepes and contributors,Â Wrath of Khan, M,Â GoVÂ and all who sent in material. More to come.

All these priceless Islamic inventions and discoveries, and Â none of these filthy kafirs appreciates it: what’s the world coming to?

Not a Prophet of PeaceÂ Â (Islam Watch)

Germany is the latest to get into the Islamic propaganda business – feeding fairy tales to children under the guise of tolerance.

Wow, that’s a new one. Its like the Obama people haven’t been head chopping at all lately… 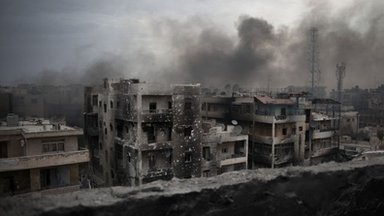 A report by ex-war-crimes prosecutors says there is evidence that Syria has tortured and executed 11,000 detainees since the uprising began.
Shocked Villagers

We were tricked into converting to Islam, claim Christian villagers in remote Sabah district

Mohammed in your water supply

In this handout photograph released authorities of the northwestern Khyber Pakhtunkhwa province, Pakistani cricketer-turned-politician Imran Khan (L) gives polio vaccine drops to a young child in the town of Akoda Khattak, 50 kms east of Peshawar. Mr Khan on December 17 pledged personally to spearhead polio vaccination efforts in the troubled northwest, which remains a hotspot for the crippling disease.

(Video) “Jihadism, and canonical Islamic anti-Semitism motivate the relentless effort to destroy the State of Israel.”

After Stockholm bar staff threw out top Sweden Democrat Kent Ekeroth on the weekend, legal experts have debated whether political opinion is grounds for a discrimination case.Â

One thought on “Look out for returning jihadists!”