TheFuggly Face of the Coming EUrabia

In honor ofÂ International Holocaust Remembrance DayÂ which took place last week,Â Catherine Ashton, the high representative of the Union for Foreign Affairs and Security Policy for the EU, issued a short statement which included only two paragraphs and 120 words in English.Â Two words were missing from Ashton’s laconic statement: Jews and anti-Semitism.

“Palestinian president” says in New York Times interview that IDF can stay for five years in West Bank instead of three, recognizing Jewish State ‘is out of the question’

Turkish warships in the eastern Mediterranean were briefly engaged in a stand-off with a Norwegian seismic vessel that had entered into its waters near the island of Cyprus.

Baruch Dayan HaEmet (May the True Judge Be Blessed) 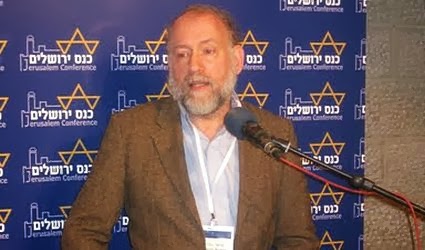 ProfessorÂ Barry Rubin, who was an inspiration and a wealth of knowledge for just about anyone who wrote a pro-Israel blog, passed away this morning. He was 64.

To our great sadness, Barry Rubin passed away this morning. He was surrounded by his wife and children. Your love, support, and prayers have been greatly appreciated. There will be shiva and a funeral, details to follow soon.

Barry Rubin’s was a rare voices of clarity in the Israeli academia and in Jewish media. He was one of the good guys. (Israel Matzav)

But Erakat’s ancestors crawled out of the Arabian desert:

Erekat wasÂ bornÂ in Abu Dis, near Jerusalem. Â The Elder found anÂ interviewÂ with another Erekat who was born in Abu Dis, named Hussein Mohamed Erekat. He says that his family actually comes fromÂ theHuwaitat regionÂ of the northwestern Arabian Peninsula. Â Erekat’s latest lie: “My family was in Palestine for 9000 years”. They are really from Arabia.

4 thoughts on “The Fuggly Face of Eurabia”