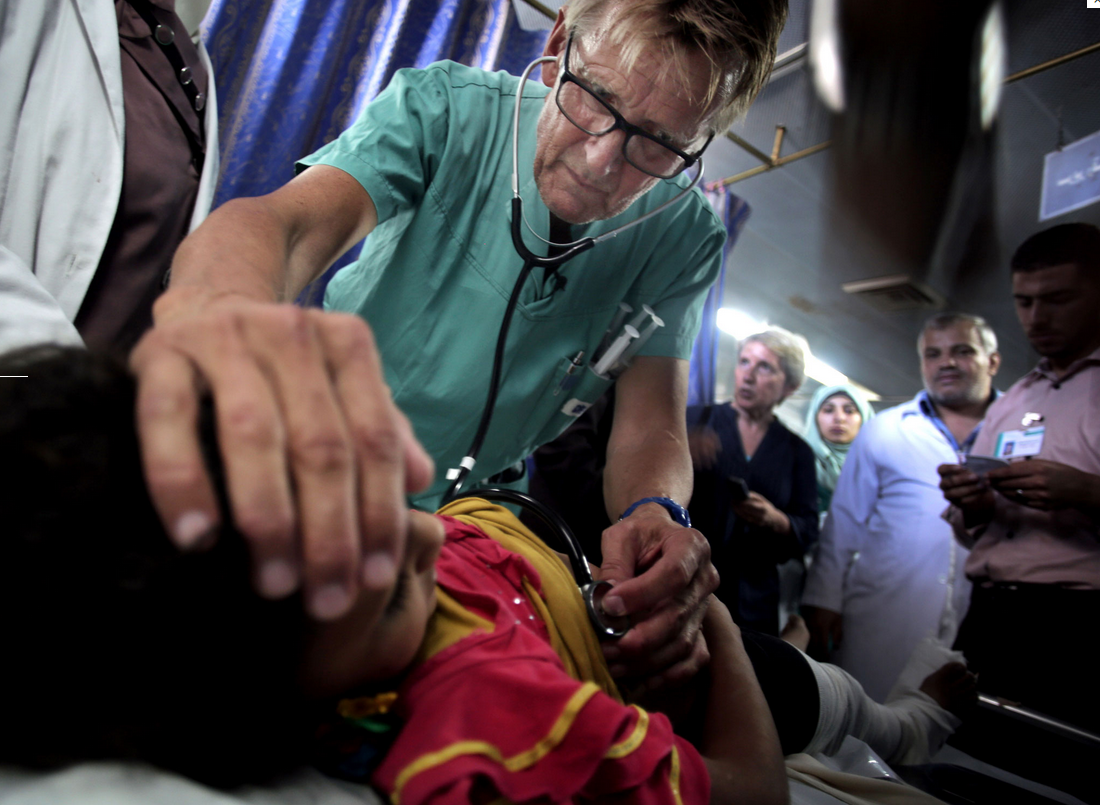 Gilbert told a press conference in Shifa Hospital in Gaza City that examinations of the bodies of the Palestinian victims showed thatÂ they had been subjected to internationally banned weapons.

Unverifiable accusations like this one enhance Gilbert’s celebrity among reporters, and the Independent yesterday published without any comment anÂ article by GilbertÂ about the “rivers of blood” in Shifa Hospital (the hospital that is Hamas de facto headquarters.)

He’s a doctor, he is in a war zone, he is a volunteer,Â UNRWA praises him, so who will question such a man?

But some of his statements can be verified as lies, if only the media would know enough to ask.

So, here is proof thatÂ Mads Gilbert is a liarÂ (and that reporters are usually too lazy to check out the facts:)

Israel says it allows in medical supplies except for “dual-use” items â€” anything it suspects could be diverted by Hamas for military purposes â€” butÂ won’t say what it has blacklisted.

Gilbert, the Norwegian volunteer, helps out at Shifa several times a year. This time, he brought headlamps, useful for surgeons, but saysÂ they are on Israel’s list of banned items.

A few months agoÂ I published the official listÂ from the IDF of everything banned to be exported from Israel to Gaza. Literally everything.

Needless to say, headlamps are not on the list.

Here it is, for reporters who don’t want to bother asking the IDF themselves…

One thought on “The Journaillie Doesn't Challenge Mads Gilbert's Lies”