No One Will Ever Call Michelle Obama a ‘Tranny’ AgainÂ (Breitbart)

Today’s comedic class isn’t about pushing the boundaries of free speech towards sacred cows, they are Speech Enforcers usingÂ their talents and the power of ridicule to marginalize and silence those who do not conform to the left’s standards of accepted speech.Â That’s not comedy, that’s fascism.

Obama: We Will Defeat ISIS Like We Did Al-Qaeda …(Al-Qaeda Just Opened Branch in India)

That dolt’ll say anything to those who are inclined to believe his BS….

Getting rid of the Klintoons is the most urgent challenge we face:

Its not a “migrant invasion”, its Â Mohammedan warfare by migration: 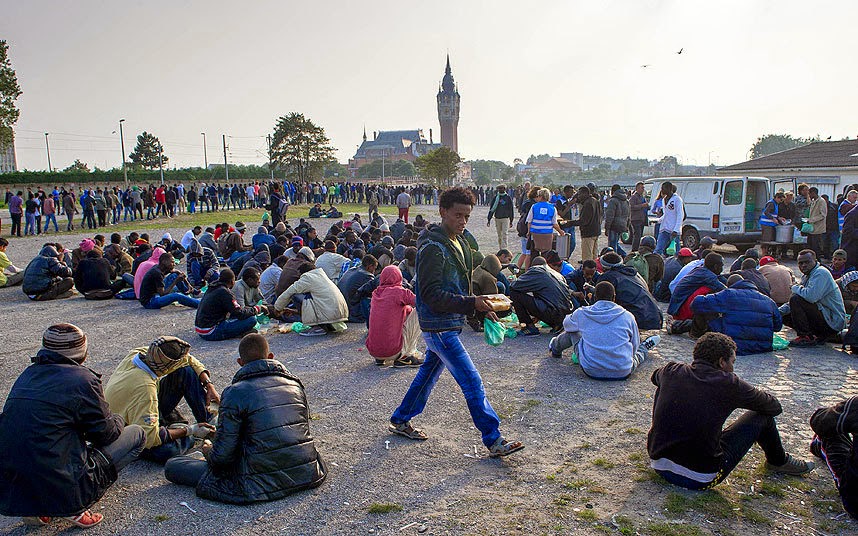 Migrant camps and the feeding station in Calais, France. Migrants from war-torn countries including Ethiopia, Somalia, Sudan and Afghanistan sleep rough and try nightly to stow away in lorries and ferries. Picture: Geoff Pugh/The Telegraph

A far-right group in France has announced plans to demonstrate against the influx of migrants in Calais, sparking fears of clashes only days after scores of people tried to storm cross-Channel ferries to Britain.

Officials said they had taken a preliminary decision to authorise the protest planned in the town centre on Saturday by Sauvons Calais (Let’s Save Calais), which describes itself as a nationalist anti-immigration group.