Every week another lad or lass from St. Louis, Toronto or Sydney makes the trip through Turkey to the Islamic State. A reporter dispatched by a local paper to talk to the neighbors scribbles down the same recollections about how nice and normal Jihad Joe or Jihad Jane was.

The Somali and Algerian immigrants, the German and American converts, the black burkas and dyed beards, headed into the dying summer to kill Christians and Kurds, Turkmen and Shiites, to behead babies and crucify critics, don’t seem like monsters. They loved their parents. They posed for jokey snapshots on Facebook. They had dreams of becoming biologists or boxers. Until they began killing people, they seemed just like the rest of us.

And with one difference, they were.

The forensic examinations of their lives rarely reveal anything of significance. The extensive digging into the lives of the Boston bombers told us nothing about why they would plant a bomb near a little boy.

The answer lay in the topic that the media carefully avoided. As with the other Muslim terrorists, the meaning of their motives was in the little black book of their religion which commanded them to kill.

The Jihadist isn’t a serial killer. While there are some converts attracted to Islam for its violence, the Muslim convert usually doesn’t convert for the killing, he kills because he converted. Likewise the nice Muslim Jihadist next door might well be moderate by inclination and immoderate by faith.

Allah knows you have to kill. Even if you think you shouldn’t.

Faith is irrational. Believers believe without understanding and act without thinking. The holy men of our religions acted on faith. So do the holy men of Islam. It’s what they have faith in that is the problem.

In a multicultural environment in which we believe that all religions are the same, we don’t like to think about what might have happened if Charles Manson had a million groupies instead of a few elderly women locked up in prison. Nor do we like to think about how we would handle Jim Jones if he were running California, instead of just being closely linked to the political infrastructure of the men like Governor Brown and Harvey Milk who did run it.

It’s easy to dismiss a small enough religion as a cult because its leader sleeps with young girls and its members are willing to kill for him. But when the cult grows big enough, we say it’s a religion of peace and hope that its followers believe the peaceful version of Islam that the infidels preach to them.

And they never do. Why should they? 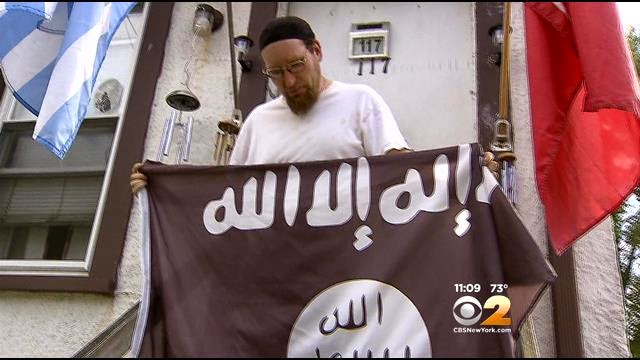 Mohammed was quite clear about what he wanted. For all the abrogations, the Koran is reasonably clear on what it expects its followers to do. Mohammed’s history was that of a man who tried to convince the Arabs that he had seen an angel by telling them and failed, and who succeeded only when he killed enough of them, not to mention the Jews and any other infidels hanging around the place.

That is the history of Islam.

Germany was not a nation of monsters. It was a nation that behaved monstrously. The average German would not stick his neighbor in an oven in his basement or chain him up as a slave. He would however do these things in Poland because he was contextually contaminated by a monstrous ideology.

As an individual he was a nice man who loved his children, petted his dog and enjoyed street fairs. As a loyal member of a system run by the Nazi Party, he would do monstrous things. And then when the Nazi machine was switched off, he would go home to his wife and children without ever killing anyone else.

He was not a good man. Good men don’t do the things he did. But he wasn’t a budding serial killer. He was just doing what a death cult told him to do.

The problem isn’t “radicalization”. What Western governments call radicalization is the process by which the Muslim becomes aware of the dictates of his faith and their relevance to his life. It’s not the internet preachers with their fatwas. They are just the vectors for that awareness. The problem is Islam.

The current misguided thinking is that we can win a debate between a “good Islam” and a “bad Islam”. The good Islam will tell Muslims to refrain from joining ISIS, to work for social change, to embrace diversity and to champion democracy. But this “good Islam” is just a liberal’s conception of what religion should be. Its only real followers are liberal non-Muslims and it has little to do with what Islam really is.

Within the historical context of Islam and in the words of the Koran, our idea of the good Muslim is actually a very bad Muslim. And our idea of the bad Muslim is the best of all Muslims. When we argue that Islam is a religion of peace, we are pushing against the full weight of over a thousand years of history and religious ideas and counting on Muslims to be too ignorant of them to know any better.

Those who genuinely want to change Islam will not do it by lying to Muslims about their religion. Trying to convince the nice Jihadist next door that Mohammed would have rejected his expedition to rape and pillage non-Muslims in Syria is futile. The nice Jihadist may not be a scholar, but he knows his Koran.

If they want to change his mind, they will have to be honest about what Islam is. 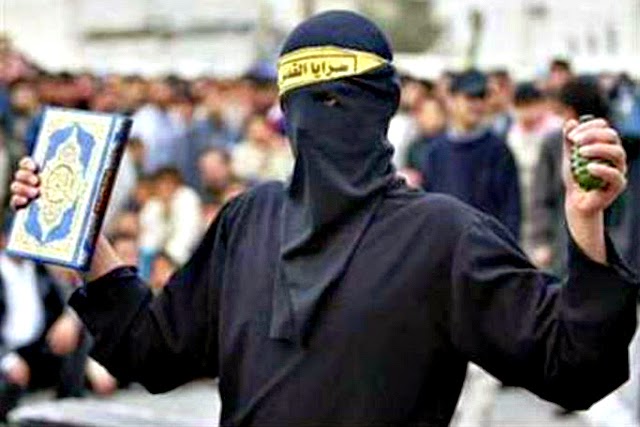 Mohammed would have been as happy rampaging around Iraq and Syria as a pig rolling around in dung. ISIS is Islam. It’s the naked religion. There are no angels or djinns, no revelations, just piles of mutilated corpses and children playing with severed heads while other children are raped in prison cells.

It’s Mohammed, but it’s also Saddam Hussein, Bashar Assad and Gaddafi. Islam doesn’t end the cycle of tyranny and oppression. It is the reason that the cycle continues.

“Deradicalizing” the nice ISIS Jihadist by lying to him will fail in the long run. Telling him the truth and offering him a clear choice is the only way.

Americans were brutally honest about the evils of Nazism, but failed to equally condemn Communism. Germany hasn’t had another Fuhrer, but Russia is back to acting a lot like the Soviet Union. And while Nazism is confined to trailer parks, sympathy for the red devil is prevalent among Western elites. ISIS is exposing its own evil to the West in a way that neither the brownshirts nor the flyers of the red flag did. If we destroy ISIS without exposing the ideology behind it, then we will have won a Pyrrhic victory because we will still be fighting the nice Jihadist next door for the next thousand years. – See more at: Sultan Knish