Isreallycool has a nice take on it.

Some of the absurd anti-Israel arguments in British parliament

Once great Britain tried very hard in 1947 and 1948Â to ensure that Israel would never exist.

Yesterday, the British parliament voted in aÂ symbolic gestureÂ to recognize Palestine as a state.Â Here are some of the more ridiculous things said duringÂ yesterday’s debate in British ParliamentÂ (EoZ)

(ANSAmed) – TEL AVIV, OCTOBER 13 – Prime Minister Benyamin Netanyahu was quoted by Israeli media as telling UN chief Ban Ki-Moon on Monday that the UN’s actions had assisted Hamas during the conflict in Gaza last summer. ”When they found rockets in UN schools, UN officials returned them to Hamas, the same Hamas that fired the same rockets on Israeli cities and Israeli citizens,” Netanyahu reportedly told Ban, who was in Jerusalem on an official visit.

Israeli authorities on Tuesday restricted the entry of Muslim worshippers into Al-Aqsa Mosque compound in East Jerusalem while allowing dozens of Jewish “settlers” in, a “Palestinian” official and eyewitnesses said.

Arabs under the age of 60 refused access to holy site in East Jerusalem, a day after clashes with Israeli police.

Israeli Public Security Minister Yitzhak Aharonovich on Monday threatened to close the Al-Aqsa Mosque compound to Muslim worshippers following clashes between the latter and Israeli police – the first such threat to be made by a high-profile Israeli official since Israel occupied East Jerusalem in 1967.

Here’sÂ video from the Israeli side,Â showing a huge number of incendiary devices and rocks – clearly stockpiled in the “holy site” – being shot and hurled at the police.

At the end, you can see the wild-eyed violent Jewish settlers storming the Mount and intimidating Muslims with their Talmudic rituals.

Oh, sorry – it looks more like a few peaceful Jews taking a stroll. But Arab media uses the other terminology consistently, so much so that the obvious lies are widely believed throughout the Muslim world.

Benny Weinthal reports that a Swedish legislator claims that his Prime Minister’s recognition of the imaginary state of ‘Palestine’ isÂ illegal.–Â Read the whole thing.

Gaza professor explains why Jews are so damned evilÂ

Primitive savages, even when they wear suits. Their whole worldview and ‘science’ revolves around Jew-hatred: 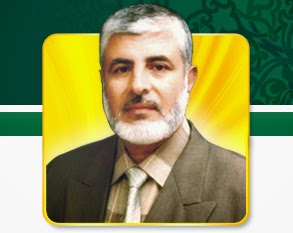 Hamas newspaperÂ FelesteenÂ has an article by Professor Saleh Alrqub, a senior Hamas figure as well as aÂ Muslim Brotherhood leader, where he explains exactly why Jews are so evil.

The destruction in Gaza wasÂ the worst the world has seen since World War II.

Any researcher of Jewish psychology will easily realize that the culture and education of the Biblical racism created the aggressiveness of the Jewish character of Israel towards others, including Palestinians and Arabs, it is religious heritageÂ (Jewish Torah and Talmud) that inspires the aggressive spirit that leads them to commit massacres.

The Jewish Bible in Samuel I says that God commanded Jews to kill Amalek,Â and all Palestinians.

To Jews,Â war means the brutal extermination and murder of children and infants, women and men, and killing animals and burning crops and vineyards.

Well, he didn’t say that Jews drink children’s blood, so he must be one of those moderates we’ve been hearing about.