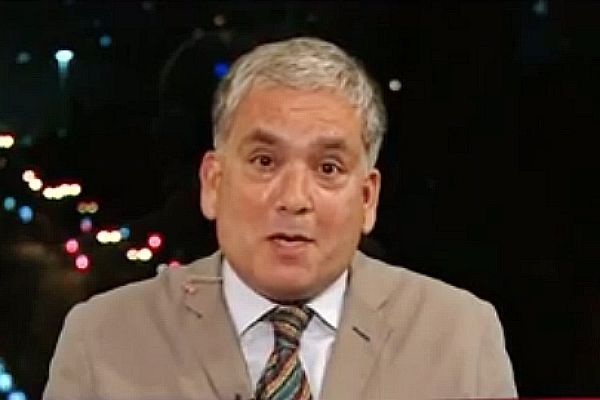 Â UNRWA spokesturdÂ Chris Gunness lives in Tel Aviv with his boyfriend, where it isÂ much safer to dump on Israel than in Gaza or Ramallah.

Chris Gunness is once again shown to be a liar, defending an organization that is a major cause of hate and incitement in the Middle East.

Gunness lost his cool over an op-ed written by a Palestinian Arab and published in theÂ Jerusalem PostÂ which blamed UNRWA for prolonging the suffering of his people in order to justify its existence and deepen its coffers.

Chris Gunness Of UNRWA, Even Nastier And More Unhinged Than UsualÂ Â»

He didn’t care for Bassam Eid’s commonsensical report in The Jerusalem Post on the evil done by UNRWA, to everyone including those it pretends to help. He might have attempted an answer. He did not. Instead he twittered his flock and told them that whatever they did, they should not read The Jerusalem Post. That was how he was going to deal with Bassam Eid.

In the Gunness Book Of Records, so far this takes the cake. (Hugh Fitzgerald)

Bassam Eid: Pro-Israel Palestinian Activist (Elder of Ziyon)
“If I want to establish an anti-Israel NGO, I promise you tomorrow I would get a half a million dollars from Sweden.”

The Jews tolerated by Islam

When Muslims talk aboutÂ “religious tolerance” they are telling us that Islam’s enemies can be tolerated only after being subjugated or eliminated. And if the enemy is willing to cooperate with his own demise, blessed be the useful idiots.