Two articles from the Elder of Ziyon:

To European Jews: If you can go, you should go. Europe is hostile territory and things seem to be getting worse. There are only a few places on this planet where Jews, as a people, can live without significant hostility. These places, for the moment, include North America and Australia. They do not include Great Britain.

In the Middle East, of course, Obama and the West has given the signal to Arabs that it’s Jew Killing Season.

They honestly think that 300 to 400 million Arabs have every right to go after 6 million Jews because they tell themselves that those Jews were mean to the “Palestinians.”

.
To American Jews: Your faith in Barack Obama was misguided from the start, as was mine. (Good to see Lumish admit that he is -or rather was- a gullible fool) One thing that differentiates you from your more thoughtful co-religionists is that some of us were not so ideologically blinkered as to fail to acknowledge that which is before our nose . Now that the Pope has turned on Israel we can expect American Catholic support for the Jewish people to erode, with the full passive-aggressive support of the American President until, hopefully, the next election. 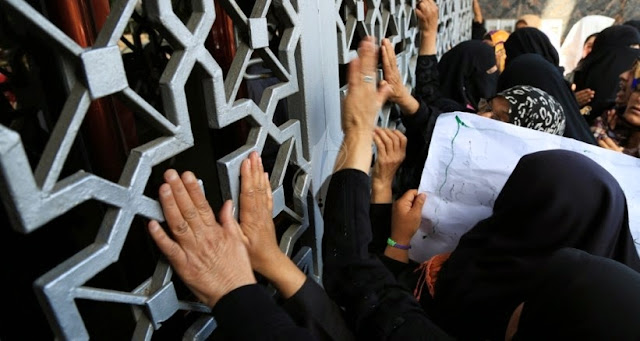 Palestine Today, an Islamic Jihad media outlet, reports that the families of dozens of “martyrs” tried to break into branches of the Bank of Palestine in Gaza today, saying that their payments from charities abroad have been stopped for several months.

Bank employees and police tried to calm them down.

Hamas says Islamic State has no foothold in Gaza Strip

Gazan rulers say IS exists ‘only on the Internet’ in Gaza, while Israeli official says it is unclear whether IS has a presence in the Islamist-rule enclave.–YNETNEWS.COM