“They are everywhere,” Palmyra resident says of ISIS fighters after takeover of Syrian city.

A complete failure of leadership

Which, in the queer and twisted mind of Obama, is the desired outcome:

The Obama-led war in Syria and Iraq is going very badly:

ISLAMIC State group jihadists seized Syria’s Palmyra on Thursday, as UNESCO warned that the destruction of the ancient city would be “an enormous loss to humanity”.

The capture of Palmyra, a 2000-year-old metropolis, reportedly leaves more than half of Syria under IS control and comes days after the group also expanded its control in Iraq.

Think: if we spent our entire arts budget for one year on sending soldiers to save Palmyra instead, we’d probably leave the arts richer.

Then there’s the fall of Ramadi this week:

The way many Iraqis view it, the collapse of the Ramadi garrison—an event in which barely a few hundred Islamic State militants routed a vastly more numerous Iraqi security force—equals in its significance the fall of Iraq’s second-largest city of Mosul last summer. That milestone forced President Barack Obama to send troops to Iraq just 2½ years after withdrawing them.

Given the realities of the war so far, this would likely mean continued Islamic State rule over a huge territory for many years to come. Islamic State’s area in Syria and Iraq has shrunk somewhat over the past year following Kurdish offensives in the north Shiite militias’ advances around Baghdad and into the city of Tikrit. But the group has expanded elsewhere…

U.S. Navy Adm. James Stavridis, who retired in 2013 as NATO’s supreme allied commander, said the debacle in Ramadi showed the number of U.S. troops in Iraq should be raised to roughly 10,000, with U.S. special operations forces getting directly involved in the fight as they did in last week’s raid against a senior Islamic State official in Syria.

This is a complete failure of leadership:

Robert Gates, the former US defence secretary [under Obama], put it even more bluntly: “We don’t really have a strategy at all. We’re basically playing this day by day.”

And that effort is crippled by Obama’s refusal to accept he was wrong to pull out too soon from Iraq – a failure he would underline by returning 10,000 soldiers to fight or stepping up the war in other ways.  David Kilcullen:

…if you look at the average rate of international air strikes since last August into Syria and Iraq, it’s about 10 per day. If you compare that to Libya in 2011, it was 45 per day. In Afghanistan in 2001, it was 83 per day. And in the Kosovo campaign, which people may remember from 1999, was 250 per day. So without even going close to putting troops on the ground, we could be doing a very significantly greater amount to deal with the Islamic State. What’s limiting us is rules of engagement and the way that we haven’t been able to put what are called JTAGS, sort of observers for air strikes, forward on the ground.

This morning Al Jazeera reported that “more than” 20.000 Tunisians have joined the jihad for the Islamic State. 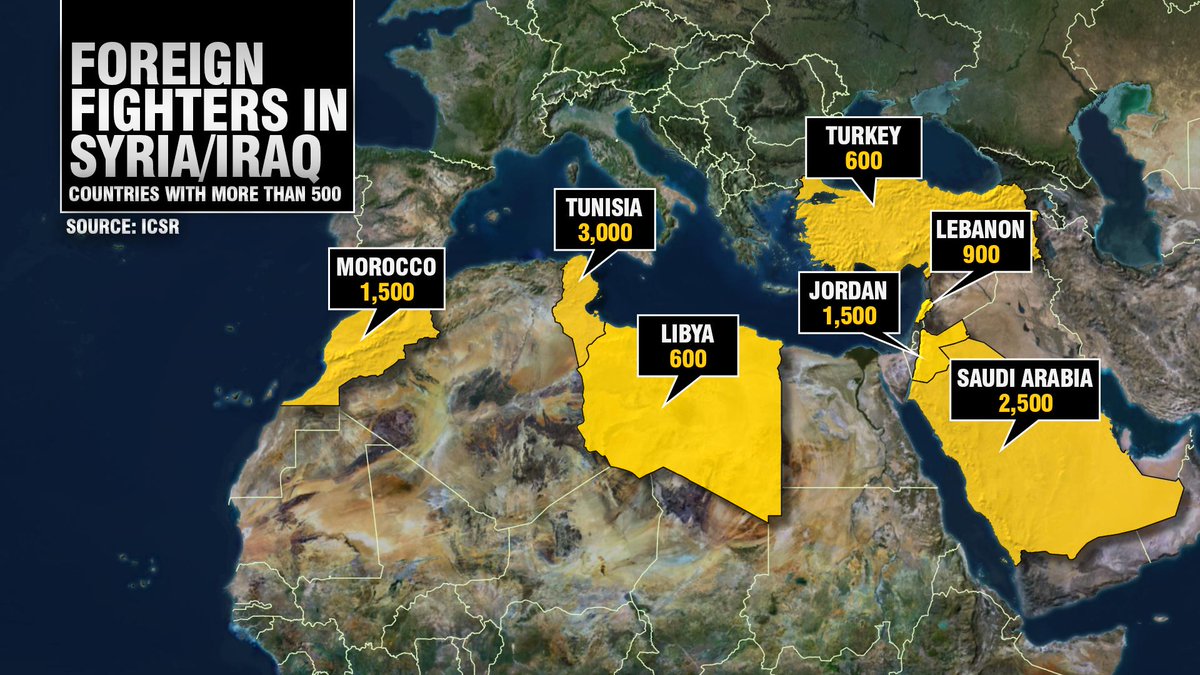 “Up to 3,000 Tunisians have gone to fight in Syria and Iraq. Up to 500 have returned.” – @CruickshankPaul @CNN
.
This was reported two months ago.

3 thoughts on “Palmyra falls. The civilised world loses its heritage….”