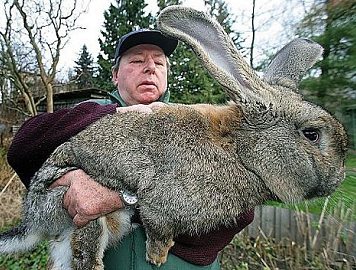 A couple of weeks ago the German Finance Minister, Wolfgang Schäuble, said in an interviewthat mass immigration is a good thing, because otherwise inbreeding might make the German race degenerate.

In response, the well-known German-Turkish writer Akif Pirinçci wrote a sardonic open letter to Dr. Schäuble. Many thanks to Nash Montana for translating this post from Mr. Pirinçci’s blog:

Degenerate until the shrink shows up

In an interview with Die Zeit you said in connection with the mass immigration of fleeing men into our beautiful country: “Isolation is precisely what breaks us, what would cause us to degenerate through inbreeding.” Arguably true. I personally, as a man with an immigration background, implemented this message years ago, and have mounted a Teuton up to three times a day. The result is my inbreeding-free son, who on the other hand shows some conspicuous behaviors. He constantly wants money from me and additionally demands that I buy him expensive brand-name clothes, cell phones, wifi-streaming services, etc. And to top it off, although he is a crossbreed himself, he ridicules me with stuff like “old Turk” or “Migrantino”. Additionally he is lazy as a dog.

You see, Dr. Wolfgang Schäuble, to let a multitude of blacks and Muslim men breed with our young women without any screening can go completely wrong. Unfortunately, I let my horniness overpower me in that fatal night. But whatever, at least I have done my part in the softening of European inbreeding, which bestowed on us such terrors as Daniela Katzenberger and Anton Hofreiter, or catastrophes such as “the mother of all believers”, and I have advanced the cause of crossbreeding the German race.

Still, there are unexpected side effects, or in military terms, collateral damage, to the crossbreeding of the German race, which one should not underestimate. For instance, the World Health Organization provides the following data concerning the average IQ from those countries that these fleeing men come from: Cameroon 64, Chad 68, Somalia 68, Niger 69, Ethiopia 69, Botswana 70, Sudan 71, Mali 74, Egypt 81, Algeria 83, Libya 83, Oman 83, Syria 83, Morocco 84, Nigeria 84, Afghanistan 84, Pakistan 84, Iran 84, Saudi Arabia 84, Yemen 85, Iraq 87, and so on. Oops, I almost forgot to mention the most important comparison to these numbers: Germany 105 (but only with the indigenous population; the migrants who were born and raised in Germany retain the same IQ value as their compatriots in their country of origin). The investigative methods for these charts are varied so that the values differ maybe one point up or down from chart to chart. That means that a chart other than the one I have used here, the customary average IQ in, for instance, Iraq could be 90, say, instead of 87. But the difference from the German average IQ does not change, because it is proportional, and in this instance, the German IQ then would be 108. (Further sources: IQ and the Wealth of Nations, Lynn und Vanhanen, 2002 / Rindermann, H., 2007. The g-factor of international cognitive ability comparisons: the homogeneity of results in PISA, TIMSS, PIRLS and IQ-tests. European Journal of Personality.)

Moreover about 20% of the fleeing men are illiterate, and three-quarters of them are functionally illiterate. This percentage is perhaps even higher. Among 14-24-year-old Afghans the percentage is 53%, according to the World Bank. Often these people have not even learned their mother tongue correctly. Another 50% to 60% of them reach the level of an elementary school graduate, but that of a lower education from Iraq or Ghana. The curriculum in their countries of origin never even corresponds to the lowest of German quality standards. Additionally, the majority of them only know how to write in Arabic.

You see, Dr. Schäuble, with the crossbreeding of the German race, we may prevent European inbreeding, but we are producing offspring with the intelligence of cobblestones. But doesn’t every heroic deed have its price? In addition to these problems, there is another one: If these crossbred skilled laborers sacrifice themselves and copulate nonstop and impregnate our women, who then will our German boys impregnate? Okay, as we hear nowadays, apparently every European man is a homosexual, or at least somewhat homosexualized. But I still cannot imagine that we could just solve the “white” urge-block with this trick. My suggestion therefore is this: For each fleeing man who mounts a European woman, by law a European man shall receive in return a fleeing woman to mount. Total crossbreeding, so to speak. Maybe then even my wayward son would finally find a sensible thing to do and would leave me alone. In that sense…

One thought on “Crossbreeding With Morons”