Clever. So now they’re trying to get sharia judges into the judiciary to legalise the sharia. The hide of these people is something to behold.

This was tried here in Australia years ago. The Islamic Council tried to sneak sharia into the courts using the need to “protect” Muslim women who wanted a divorce. Luckily the government didn’t buy it. (Thanks to Penny)

British courts should be able to issue Islamic divorces via a specialised unit set up to protect the rights of Muslim women, a leading expert in sharia law will advise a House of Commons inquiry.

In recommendations to the home affairs select committee, Elham Manea, associate professor in Middle East studies at Zurich University, will also argue for mandatory civil marriages alongside religious ceremonies, and say imams who violate the rules should be given harsh sanctions.

Manea, who spent four years researching the UK’s sharia councils and recently published a book on her findings, says the measures would render “inherently discriminatory” sharia councils redundant because they are mainly used by women seeking an Islamic divorce.

Under sharia law, men can divorce their wives unilaterally by pronouncing talaq (divorce) three times, but women must get a judicial decree on specific grounds or give up financial rights to obtain a divorce from a religious judge, a process that costs up to £400.

The thinktank Civitas estimates there are 85 sharia councils in Britain, from organised groups attached to mosques to more informal setups including “an imam in the living room”. The councils have no legal oversight or powers of enforcement but for those who use them their decisions are culturally and religiously binding.

In written evidence to the Commons inquiry, Manea says the vast majority of women attending sharia councils have not formalised their religious marriage under British law and are often forced into conceding their civil rights in order to secure an Islamic divorce.

Others complain of being coerced into mediation and reconciliation even if they have suffered abuse at the hands of their husband.

Amra Bone is the UK’s first female sharia judge and sits on a panel at the Birmingham central mosque. Last week, she told BBC Radio 4 that sharia councils were “a necessity for people who do not have a recourse to civil courts because their marriages are not recognised” and that vulnerable women would be left “in limbo” without them.

But Manea, along with a number of women’s rights groups, insists the councils should be abolished if Muslim women are to stand any chance of equality. She told the Guardian: “It’s true women will be stuck if you don’t provide a solution but that solution is not a parallel legal system.

“Interpretation in many Islamic countries including Tunisia and Morocco means a religious divorce automatically follows a civil one. It should be the same in Britain and a bureau within the courts should provide this service.”

She is calling for a national campaign to register all Islamic marriages, a move she says will reveal many polygamous unions. Manea, who is Muslim and a women’s rights campaigner, is concerned about the way in which polygamy is being mainstreamed in the UK.

Evidence to the inquiry claims the ideology behind many of Britain’s sharia councils condones wife beating, marital rape and child marriage. Nus Ghani, who sits on the home affairs select committee and initially pushed for the inquiry, said: “Under sharia, men are in charge and women are treated as their property. That does not sit well under British law and cannot go unchallenged.

“We can’t have a system where we are championing equality for women on one hand and but on the other overlooking a whole section of society – vulnerable women who happen to be Muslim.”

Ghani, the Tory MP for Wealdon, said she would support a campaign to register all Islamic marriages. “We need to make sure any imam that oversees a nikahshould also register that marriage,” she said.

“It may be we have a nationwide survey to make sure everyone who has an Islamic marriage is told to register under civil law so if they need a civil divorce they will also get the talaq.” 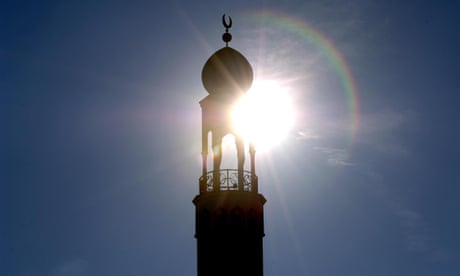 The Muslim Law (Sharia) Council UK in Wembley says it has always encouraged the civil registration of Islamic marriages in the UK. Its executive secretary, Moulana Raza, said: “We strongly believe this is the only way of securing financial and legal rights of married Muslim women in the UK. We would welcome any action in this respect by the government.”

He explained: “Councils are thriving because there is no other authentic and credible mechanism for Muslim women to obtain an Islamic divorce. If the government offered an alternative, 90% of the work of sharia councils would end.”

“We believe the sharia councils are an additional burden on the shoulders of the Muslim community. In our opinion there are some councils which are geographically located in the UK but, ideologically, they are not in Britain.”

It will examine how they operate, the extent to which they discriminate against women, how they are funded and their relationship with the British legal system.

A number of women’s rights groups and campaigners have boycotted a separate inquiry into Britain’s sharia councils that was set up by Theresa May when she was home secretary. Some groups refused to give evidence to the panel because they objected to its inclusion of an Islamic scholar as chair and the appointment of two imam advisers.

One thought on “UK courts should be able to issue Islamic divorces, sharia expert says”