Orders From the Politburo in Brussels: Scuttle the Hungarian Referendum 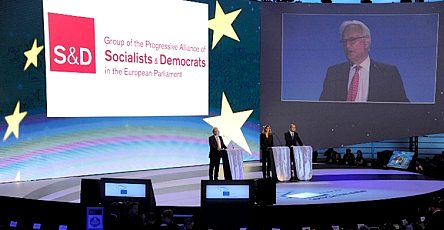 We are now less than 24 hours away from the Hungarian referendum on mandatory migrant quotas, and the propaganda push against Prime Minister Viktor Orbán — while not as massive as the blitz against Donald Trump — is intensifying.

Normally the media don’t pay much attention to Hungary, but I noticed a big spread of articles this morning on tomorrow’s referendum. They all, without exception, were totally negative about Orbán’s stance, and some of them were quite vicious. The worst was probably CNN. Here’s a representative sample from the WaPo.

Add to this the coverage of what’s happening in Syria, and you can quite clearly see that the Narrative is being enforced across the board (exception: Breitbart). There is no real dissenting voice; except for BB all outlets follow the Soros-approved playbook.

I don’t understand how this uniformity of ideological position is enforced, but it clearly is. And the closer we get to a breakthrough that violates the Narrative, the more vicious the multiculti propaganda gets. You can see it in what they’re doing to both Orbán and Trump, and if Geert Wilders ever becomes prime minister, it will be the same for him.

Below is an article about orders sent down by the “Group of the Progressive Alliance of Socialists and Democrats” — an umbrella group of lefties in the European Parliament — for the comrades in Hungary to boycott tomorrow’s referendum. Since there is no chance of avoiding a “NO” vote, the strategy of the Left is obviously to deny Mr. Orbán the 50% turnout required to make the referendum binding. One can only hope that this blatant attempt at manipulation by the Imperial Center in Brussels will galvanize “no”-voters who might otherwise have stayed home to show up at the polls tomorrow.

Many thanks to CrossWare for translating this piece from the Hungarian news portal 888.hu:

Orders have arrived from Brussels!

The European Parliament social democratic fraction ordered the boycott of the Hungarian referendum on mandatory quota decisions imposed by the EU.

In Sunday’s referendum Hungarians will be asked whether they agree to the EU dictating how many migrants they must take in.

The government  line is pretty clear – one billboard reads “did you know that the Paris terror attacks were carried out by migrants? (from the Globalist EuroNews)

The European Socialists want to control whether the Hungarian people can express their opinion on Sunday about the compulsory settlement. Of course all is done in the spirit of democracy.

“Orbán does not stop with lies about the migrant invasion […] There is no invasion and it is a shame the Hungarian government is using this for its own internal propaganda purposes and blocking the decisions of the European Commission,” says the statement of the second-largest fraction on the European Union Parliament, the Group of the Progressive Alliance of Socialists and Democrats (S&D), which includes the Hungarian MSZP (Hungarian Socialist Party) and also DK (Democratic Coalition-Liberal party).

Interestingly, while the Hungarian socialists tried to make the people believe that there is no mandatory quota (thus no reason to go to vote), their EU sister party is attacking the Hungarian government for refusing to act on the existing European Commission decision.

Below is the rest of the statement, in which they use well-known leftist slanders and try to denounce Hungary:

“The question is: how long will the European Union will tolerate Orbán and the Fidesz demonizing the migrants and the EU? To a European taxpayer it is worrisome how corrupt Hungary is, and it is not clear what financial resources it is using for this. The European Commission and the European People’s Party cannot turn a blind eye anymore to Orbán’s behaviour. We must show we are serious the in the enforcement of the rules and decisions of the European Union, to ensure that European values are uniformly respected.”

In the case of the quota referendum, the European Parliament’s Liberal fraction (ALDE) voiced their opinion and also “found the referendum in the upcoming Sunday very concerning, just as much as the treatment of migrants and refugees in Hungary.” In their statement they emphasized that “the Hungarian authorities distorted facts about the refugees, and they painted them as something that would bring danger to the future of Europe. They associated the migration with terrorism, and they even tried to name some non-existent no-go zones in European cities.”

CrossWare has also translated several comments that were posted below the article:

END_OF_DOCUMENT_TOKEN_TO_BE_REPLACED

Miloš Zeman on the Islamic State: Cannibals and the Enemies of Civilization 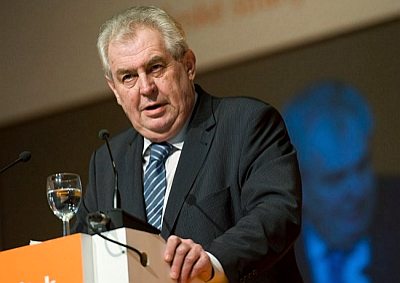 Czech President Miloš Zeman does not mince words when the topic is Islam. In the following report about a conference on the island of Rhodes, Mr. Zeman described the mujahideen of the Islamic State as “cannibals”, among other things.

Many thanks to CrossWare for translating this article from the Hungarian news portal Magyar Idők:

On Friday Czech President Miloš Zeman called the Islamic terror state “anti-civilization”, describing them as cannibals with whom it would be impossible to negotiate.

Zeman spoke in the opening of a two day national security conference called “Discussions of Civilizations” on the Greek island of Rhodes. In his speech — which was reported in the Czech media — he referred to the Islamic State as a cancer on society which is trying to expand beyond Iraq and Syria into the world, and its only purpose is to destroy civilization.

As an example from the last century, he mentioned “Nazism, which tried to exterminate first the Jews and then the Slavs, and later other populations,” said Miloš Zeman in his Russian-language speech. The Czech President said: “You can’t have a discussion with cannibals. For them you are just a bite to eat.”

The Czech head of state emphasized that it would be mistake underestimate the Islamic State because just like last century — in the case of Adolf Hitler and the Nazism — that would lead to serious tragedies.

Before he was elected President, Miloš Zeman attended this event, which was organized by Vladimir Yakunin, a Russian billionaire who has a very close relationship with Vladimir Putin. The discussion forum has been held more than ten times on the island of Rhodes. Zeman participated in 2014 for the first time. The two-day conference will be closing with a speech from Václav Klaus, who was Zeman’s predecessor in the office of the Czech president.

HUNGARY has sparked security fears by operating a controversial policy offering thousands of migrants a “convenient backdoor” into the European Union. Viktor Orbán is notoriously tough when it comes to immigration

Hungarian prime minister Viktor Orbán runs a policy that offers residence permits to non-EU nationals and their families if they agree to pay £260,000 (€300,000) in government bonds.The scheme, which began in 2013, entitles applicants to “visa free entry and stay for a maximum of 90 days in the territory of the Schengen Member States”, despite Hungary having a notorious anti-migration stance.So far, Hungary has dished out 3,649 residence permits under the policy.
While several other EU countries, including the UK, Spain, Portugal, Cyprus, Ireland, Greece, Austria, Latvia and Malta, offer residency to financially secure non-EU applicants in exchange for payment or investment in real estate, Hungary’s scheme is one of the most accessible.Individuals have a period of five years to back the bond and often only having for fork out an upfront payment of up to £52,000 (€60,000).But the accessibility of the program, which Dutch Liberal MP Sophie in’t Veld told Politico is offering a “convenient backdoor” into the EU, is raising security concerns among other EU politicians.
“These schemes undermine the integrity of the Schengen system”

Ana Gomes, a socialist MEP from Portugal who sits on the Home Affairs Committee: “These schemes undermine the integrity of the Schengen system.”Applications for Hungary’s scheme can be processed in just under two months and critics suggest that criminal background checks may not be reliable.In an interview with Euranetplus, Ms Gomes called investor visa schemes “immoral”, stating that they “do not respect EU values and are fuelling corruption”.

The accessibility of the scheme appears to go against Orban’s tough policies on immigration, which have included the construction of a 109-mile fence protecting its southern border to Serbia.

Last year, the Hungarian leader made illegal border crossings punishable by up to three years imprisonment.

Orbán has even demanded that the EU build a “giant refugee city” on the coast of Libya for African migrants trying to reach Europe.