Three Londoners who travelled to Raqqa, Syria, to fight for so-called Islamic State have been identified by ITV News

.
These animals are no more “Londoners” or “Britons” than I am Chinese. I don’t give a damn where they were born. 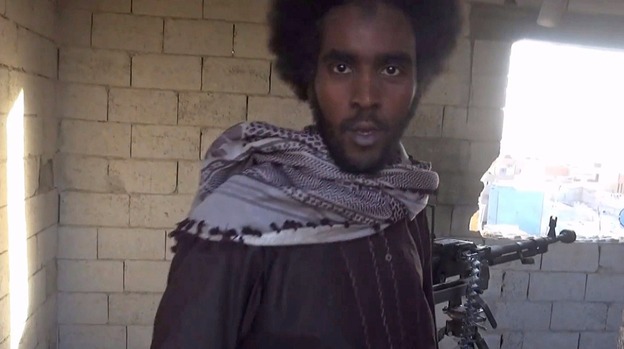 An IS fighter who appeared in a propaganda video threatening Donald Trump had left the UK three years earlier as part of a teenage cell from London.

Ibrahim Hussein warned of a wave of new terror attacks on Italy and Turkey in the video, believed to have been filmed in Raqqa a few weeks before its liberation.

Addressing the camera, he told his audience: “We will slaughter you in your own houses.”

“This is a message to the new pharaoh of today, Donald Trump,” he said.

“You might have your eyes on Raqqa and Mosul but we have our eyes on Constantinople and Rome.”

Hussein is suspected of leading a cell of British youngsters who travelled from London to Raqqa together in 2014, ITV News can reveal.

Hussein vanished after failing to turn up to play football with friends.

One spoke to ITV News on condition of anonymity.

“He messaged [the team] saying ‘Brothers if you don’t see me in paradise ask for me’.

“Then he left the group. At the time we didn’t think much of it. We just thought he couldn’t make it.”

Hussein travelled with Zubair Nur, who was then 19 – a university student and former deputy head boy at a prestigious Church of England school.

A friend of both men said Nur had fallen under Hussein’s influence.

“He [Hussein] had this art of speech … He sounds like one of those retired NFL coaches who give motivational speeches …He was a leader.

“We had a group of kids in our class and he was the ringleader. He was always orchestrating chaos.”

A source confirms that Hussein travelled with a third Londoner, Gezim Klokoci, who used the name Abu Waqqas al-Albani because of his Albanian heritage.

The college drop-out from north London was filmed detonating an explosive on a suicide belt in a video released last year.

It is unclear whether the three men are still alive.