Not a day goes by without this repetitive claptrap. Add that to homo ‘marriage’, global worming & the refugee racket. The fake news media is close to worthless.

We have to stop normalising relentless Islamophobia in Australia

Terrorised, persecuted, stateless, homeless, and, until recently, without real international support – this is the plight of the Rohingya, a Muslim minority community being forced out of Myanmar.

At the hands of the Myanmar military, more than 80 villages have been burnt, leaving ten thousands of Rohingyas fleeing daily and attempting to cross into a flooded Bangladesh.

Amid perennial media coverage linking Islam to terrorism and radicalisation, little has been known in the west of the persecution of Muslim minority communities like the Rohingya. 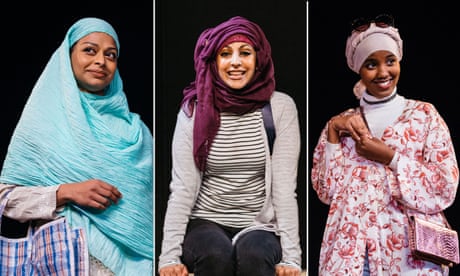 Like many displaced Muslims, the vulnerable Rohingya may face fear and resentment when they settle in new communities.

If by chance some of the Rohingya find refuge in our lucky country, there’s a strong possibility they will be on the receiving end of the relentless Islamophobia experienced by Muslims, in particular since 11 September 2001.

But just how serious a problem is Islamophobia in Australia?

As an Australian-born, modern, educated, uncovered Muslim woman, I am acutely aware I come to this issue from a position of privilege, but sadly, also some experience.–Continue Reading

Read it all @ THE GUARDIAN.COM

3 thoughts on “More of that “Rohingya” diarrhoea”