Minimise the threat. Call the Muslim invading Muslim hordes “migrants” and “minorities. Never mention Islam or Muslims….and never question their “right” to move to Europe, anywhere they want. Straight out of the George Soros school for NWO propagandists. 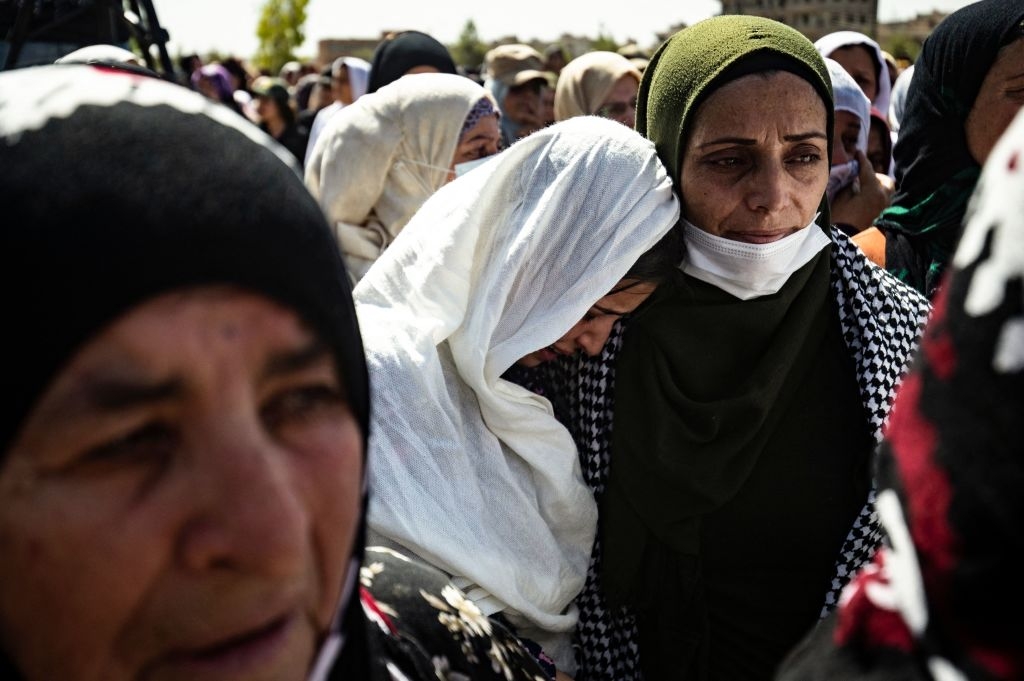 When the EU-funded activists behind the document “Reporting on Migration & Minorities” call for “rethinking,” what they are really doing is endorsing self-censorship.

“Respect Words: Ethical Journalism Against Hate Speech” is a collaborative project that has been undertaken by media organizations in eight European countries – Austria, Germany, Greece, Hungary, Ireland, Italy, Slovenia, and Spain. Supported by the Rights and Citizenship Programme of the European Union, it seeks, according to its website, to help journalists, in this era of growing “Islamophobia,” to “rethink” the way they address “issues related to migratory processes, ethnic and religious minorities.” It sounds benign enough: “rethink.” But do not kid yourself: when these EU-funded activists call for “rethinking,” what they are really doing is endorsing self-censorship.

In September, “Respect Words” issued a 39-page document entitled Reporting on Migration & Minorities: Approach and Guidelines. Media outlets, it instructs, “should not give time or space to extremist views simply for the sake of ‘showing the other side.'” But which views count as “extremist”? The report does not say – not explicitly, anyway. “Sensationalist or overly simplistic reporting on migration,” we read, “can enflame existing societal prejudices” and thus “endanger migrants’ safety.” Again, what counts as “sensationalist” or “overly simplistic”? That is not spelled out, either. Nor, we are told, should we associate “terms such as ‘Muslim’ or ‘Islam’… with particular acts,” because to do that is to “stigmatize.” What exactly does this mean? That when a man shouts “Allahu Akbar” after having gunned down, run over with a truck, or blown to bits dozens of innocent pedestrians or concertgoers, we are supposed to ignore that little detail?

Or perhaps we should entirely avoid covering such actions? After all, the document exhorts us not to write too much about “sensationalist incidents involving migrants,” as “[v]iolent individuals are found within every large group of people.” If, however, we do feel compelled to cover such incidents, we must never cease to recall that the “root causes” of these incidents “often have nothing to do with a person’s ethnicity or religious affiliation.” What, then, are those root causes? The report advises us that they include “colonialism, racism, [and] general social inequality.” Do not forget, as well, that there is “no structural connection between migration and terrorism.”

At least the report’s authors do not have the audacity to maintain that there is no connection between Islam and terrorism. But they do urge us to remember that Islam is “diverse.” The notion that it is inherently violent is — what else? — a “stereotype.” So is depicting Islam as “grounded in a different reality and lacking common value with other cultures” or portraying Muslim immigrants as being “fundamentally different from the citizens of the host country.” And it is just plain wrong, needless to say, to encourage “the widespread perception that there is a ‘cultural clash’ between Islam and the West with religion at the heart of the ‘problem.'” (On the contrary: Islam is, the report tells us, “a belief system that can exist alongside others.”) And do not dare to suggest that Islamic culture is in any way “inferior to Western culture.” Or that Muslim men are “highly patriarchal.” (Repeat after me: “Many societies around the world remain highly patriarchal, independent of religion.”) And do not pay too much attention to Muslim women’s “clothing styles.” Why? Because doing so tends to “homogenise” them. (Banish from your mind the thought that it is the clothing itself that homogenizes them.)

During the last couple of years, many countries in Europe have experienced a veritable tsunami of Islamic migration. But responsible journalists, according to “Respect Words,” must never, ever put it that way: “When describing migration, don’t use “phrases such as ‘tide,’ ‘wave’ and ‘flood'” (or, the authors later add, “horde” or “influx”) because such language can “evoke the sense of a ‘mass invasion.'” It “dehumanises migrants,” you see, and “constructs a false sense among the audience of being ‘under siege’ by an ‘enemy’ that must be repelled.” Of course, much of Europe is “under siege”; this fact is becoming clearer by the day; to use milder terms when discussing this topic is to do nothing less than misrepresent reality. But that is what this document is all about: advising reporters just how to misrepresent reality in EU-approved fashion.

“Inform your audience,” the report urges journalists, “about the reasons why people feel compelled to leave their homelands, and investigate what connections there may be to policies and practices of European states.” Possibly, however, a massive percentage of the Muslims pouring into certain European states are doing so because of those states’ “policies and practices” — namely, their readiness to start handing immigrant families large sums of cash the minute they arrive, to set them up with free housing, furnishings, etc., and to allow them to stay on the dole for the rest of their lives. Many of those countries are more generous to Muslim newcomers than they are to their own citizens who have fallen on hard times; immigrants often go to the front of the line, while elderly citizens of some of these countries – people who have worked hard and paid into the welfare system since the world was young – have been turned out of their homes in order to accommodate newly-arrived Muslim families.

But these obviously are not the “policies and practices” to which the “Respect Words” document is referring. Quite the opposite. The transparent implication here is that Muslim refugees and asylum seekers are fleeing conditions for which they and others in their countries of origin hold no responsibility whatsoever and that can, in fact, ultimately be traced back to Western wrongdoing, whether in the last generation or centuries ago. Never mind that Muslims took over Persia, the Byzantine Empire, all of North Africa and the Middle East, Greece, Northern Cyprus, much of Eastern Europe, and Southern Spain. Ultimately, everything that is wrong with the Muslim world is seemingly the fault of the West, so Europeans owe all incomers a new life — and perhaps even a new country — peaceably handed over to them so that they can import sharia law?

No, the report does not quite go so far as to make this argument. But the report does caution that even to touch on the question of “whether asylum seekers’ claims are genuine” or “whether migrants have a right to be in the country” is thoroughly inappropriate: it places the focus on “law and order” rather than on such things as “the fundamental right of asylum.” Yes, you read that correctly: “the fundamental right of asylum.” Never mind that under international law not everyone is entitled to asylum — and that a huge proportion of self-styled asylum seekers in Europe today have no legitimate grounds for such a claim but are, like many of us, seeking better economic opportunities.

But such facts are inimical to the authors of the “Respect Words” document. In their view, no human being can be “illegal”; therefore, the word “illegal,” they admonish, should be used to describe actions, not people.

The only surprising thing about this document is that it actually includes a brief section on anti-Semitism, in which it suggests — believe it or not — that equating Israel and Nazi Germany may not be a good idea. For the most part, however, the report is one long taxpayer-funded catalog of politically correct protocols which — if adhered to by everyone in Europe who is professionally involved in reporting on events concerning Islam and immigration — would guarantee a full-scale whitewash of the alarming developments currently underway on this unfortunate continent. It is interesting to note that while many people fulminate over President Trump’s complaints about “fake news,” they are silent when an instrument of the EU superstate presumes to tell the media exactly what kind of language should and should not be used when reporting on the most important issue of the day.

One thought on “The EU Lectures Journalists about PC Reporting”