Sex with children is now “consensual?” Like “no compulsion in religion?”

“A person under 16 cannot be deemed in law to have consented to sex, but the word ‘consensual’ was used to describe offences involving children four times in the memo.”

For British authorities, it appears as if no injustice, no abasement, no lie, no surrender was too low and abject for them. Anything, anything at all, to appease their new Muslim masters. 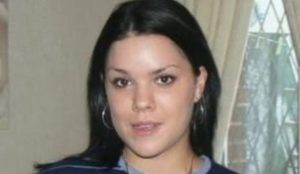 Police have been accused of “victim blaming” children who were targeted by grooming gangs in the Telford sex abuse scandal.

Officers investigating child sexual exploitation in the town were sent an internal memo telling them “in most cases the sex is consensual”.

Some of the victims were just 11 years old and specialist child abuse lawyer Dino Nocivelli said: “This is victim blaming at its worst.

“The authorities just don’t seem to get it. Children cannot agree to sex.

“Just because a child is not being physically forced to carry out sexual acts, it doesn’t mean they consented.”

A Mirror investigation has revealed how up to 1,000 girls could have been abused in Telford over four decades.

Mr Nocivelli, of the firm Bolt Burdon Kemp, said: “Many of these children will have been groomed and manipulated by their abusers and would have been threatened to keep silent. How can you say an 11-year-old is capable of consenting to sex with a 40-year-old? This is rape.”

The Operation Chalice investigation into grooming gangs in the Shropshire town ended in 2012 after just seven people – including the brothers Ahdel Ali, then 24, and Mubarek Ali, 29 – had been jailed, even though police admitted as many as 200 men may be involved.

A person under 16 cannot be deemed in law to have consented to sex, but the word “consensual” was used to describe offences involving children four times in the memo.

In 2014 officers were sent a similar memo and told Telford remained a “hotspot” for exploitation offences.

When questioned about the memos West Mercia Police Assistant Chief Constable Martin Evans still referred to the issue of consent.

He said: “Any incident that is reported to us as child sexual ­exploitation is investigated as such and is taken very seriously, regardless of any consent which may or may not have been given by the victim.”

Our investigation has revealed how one victim was violently raped just months ago. The woman, now 19, was groomed from the age of 15.

The daughter of murdered Telford victim Lucy Lowe has told how she wants her dad Azhar Ali Mehmood to stay in jail until he apologises for killing her mum, gran and aunt in an arson attack in 2000.

Lucy was 14 when she had Tasnim by Mehmood, 10 years her senior, who is serving life.

The mother of another abuse victim has said she repeatedly told police her daughter was being targeted.

Becky Watson was groomed at the age of 11 by an Asian gang before dying, at 13, in a car crash described as a “prank”.

Becky’s pal Vicky Round was abused by the same gang, who got her hooked on crack cocaine at 12.

2 thoughts on “UK: Telford cops said of Muslim rape gang activity that “in most cases the sex is consensual””