Kurz is not “Islamophobic.” Nor is he “anti-Turkey” for no apparent reason. These charges are a tired, oft-used trick of Islamic supremacists and leftists: blaming non-Muslim leaders simply for doing their duty to protect their citizens. Turkey has become increasingly aggressive under its despotic President Recep Tayyip Erdogan, who has called for “an army of Islam” to obliterate Israel and has even stated that he wants to recover the territory formerly held by the Ottoman Empire.

Rejecting the reckless, suicidal policies of the EU, Kurz has vowed to resist the hijrah and work with Hungarian leader Viktor Orban. It is no wonder that he is now smeared as an “Islamophobe.” It goes like this: surrender to Islamic supremacy, you infidels, or else you are “Islamophobes” and “racists.” There are ways we can rally against Islamophobia

Islamophobia presumes that Islam, the religion, and not the people, is inherently violent, that it encourages alienation and is unassimilable. Islamophobia influences attitudes and behaviour against Muslims in the fields of employment, education, politics, media, justice system and the internet. … (Alia Hogben is a social worker and executive director of the Canadian Council of Muslim Women.)

Islamophobia should be seen as ‘crime against humanity’ Islamophobia is planting hostility among people and communities of different beliefs, the declaration said: “Thus, it is necessary that Islamophobic activities should be considered as crimes against humanity.”

This means that European nations are required to keep their borders open to the hijrah and stop resisting the application of sharia principles. Unfortunately, too many have already surrendered in order to avoid those labels of “Islamophobe” and “racist.” Meanwhile, all too many Muslims are free to rape infidels, torture girls with FGM, marry off child brides, subjugate women, persecute Christians and minorities, lop off heads, anything.

European leaders would rather invite into their countries the abuses practiced in Islamic states and usher in deadly jihad attacks rather than practice due diligence in immigration policy. Their focus is entirely on getting votes. They have no respect for the lives that have been sacrificed for freedom, or for their duty to protect their own citizens.

Kudos to the “Islamophobe” and “anti-Turkey” Kurz. Reasonable individuals do not support anti-Muslim bigotry, but they do resist the Islamic supremacist stratagem of forcing what are in effect Sharia blasphemy laws upon free societies. Free societies must protect the right to offend all ideologies, and that includes Islam, contrary to the immutable decree of Islamic law that Islam must not be challenged. 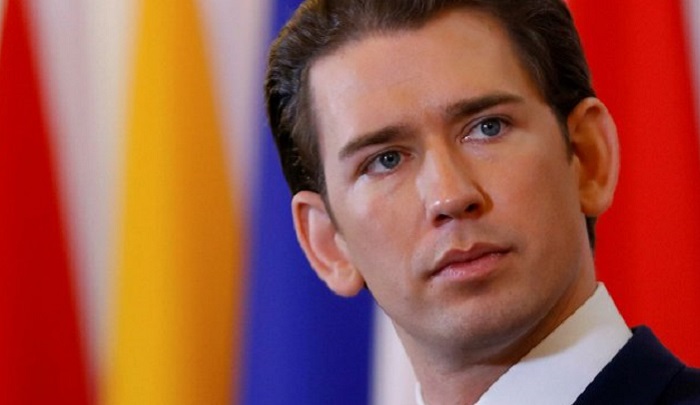 Austria’s anti-Turkey Chancellor Sebastian Kurz threatened to close one of the biggest mosques in Vienna and urged municipal authorities to be stricter regarding state subsidies for Muslim organizations in the city, reports said.

Kurz, who is known for his Islamophobic and anti-Turkey stance, criticized a commemoration event held in a Turkish mosque back in 2016, where children dressed up as Turkish soldiers took part in a reenactment of the World War I battle of Gallipoli.

“What took place… here has no place in Austria. There will be zero tolerance from the government,” Sebastian Kurz told reporters. “This government will deal with these negative developments with full force.”

The rightwing Kurz, 31, said that under Austrian law, the mosque could be closed.

His chief of staff Gernot Bluemel said on Tuesday that he had ordered the Kultusamt, the religious affairs authority, to conduct a “very thorough” probe.

The photos, published by the Falter weekly, showed the young boys in camouflage uniforms marching, saluting, waving Turkish flags and then playing dead.

The 1915-16 battle of Gallipoli, known as the Battle of Çanakkale in Turkish, saw the Ottomans resist an Allied invasion.

Turkey’s relations with Austria have long been strained, with Kurz calling on the European Union to break off negotiations on Ankara joining the bloc.

The young Austrian leader is the head of the conservative People’s Party of Austria (ÖVP) and was sworn in as prime minister on Dec. 18 after general elections in October. Earlier in December, a coalition was formed between Kurz’s ÖVP and the Austrian Freedom Party (FPÖ) after eight weeks of intense negotiations. The FPÖ’s neo-Nazi connections caused concern in Austria and other EU countries. They have pledged to stop illegal immigration, cut taxes and resist EU centralization.