We need more of this cultural enrichment. Otherwise life would be boring….

Canada: Muslims threaten to “destroy your beaches” — “We do this because you reject Islam”

“We do this because you reject Islam and follow the Great Satan. Infidels you allow your women to disgracefully, shamelessly parade around your beaches all but naked!”

In other words, adopt Sharia or else.

“Yes we cannot pull off anything like 9-11. But we can destroy your tourist industry, hurt your people, de-rail your trains, poison your water supply, start devastating forest fires….”

Watch for those kinds of jihad attacks.

At least two other towns received similar letters. If they’re authentic, and aren’t a hoax by some crank, they should be taken with the utmost seriousness, but probably won’t be. 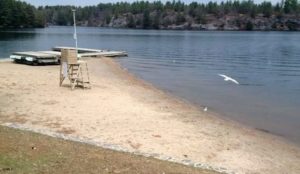 “Letter from alleged Islamic group threatens small town beaches in Ontario,” by Pamela Vanmeer, Kawartha411, May 12, 2018 (thanks to JW):

KAWARTHA LAKES-A letter, claiming to be from the Islamic Revolutionary Force, sent to some media outlets, threatens to “destroy your beaches from Toronto to North Bay.”

“We do this because you reject Islam and follow the Great Satan. Infidels you allow your women to disgracefully, shamelessly parade around your beaches all but naked!” The letter states in part.

Canada: Muslim who stabbed soldiers and said “Allah told me to come here and kill people” acquitted of terror charges

TORONTO — A man  afflicted with Islam who attacked soldiers at a military recruitment centre in Toronto has been acquitted of terror-related charges and found not criminally responsible for lesser offences due to mental illness.

Judge Ian MacDonnell says Ayanle Hassan Ali’s actions in May 2016 do not fit the intended scope of Canadian terrorism laws.

The ISIS terrorists in our midst

The federal government tells us there are some 60 people who have returned to Canadian soil after waging jihad abroad.

There are reasons to believe the number may be higher than that. But, regardless, it’s a big number.

Pali killer zombies: ‘Jerusalem is not Trump’s city to give’

US embassy ceremony: Did your country attend?

Here is a breakdown of the countries that attended the ceremony

Thousands rally in Istanbul in solidarity with Palestinians

Nothing’s easier than to whip the soldiers of allah into a fanatical frenzy….