He (Wilders)  has attended a number of exhibits and events focused on mocking the Islamic prophet – usually billed as free speech events. In 2015, Wilders was a keynote speaker at a Mohammed cartoon contest in Garland, Texas, where two gunmen were killed after opening fire on a security officer. .

Geert Wilders PVV party is to hold a competition to draw cartoons depicting the Muslim “prophet” Mohammad, a move that is set to create outrage among the most fervent Muslims in the country. 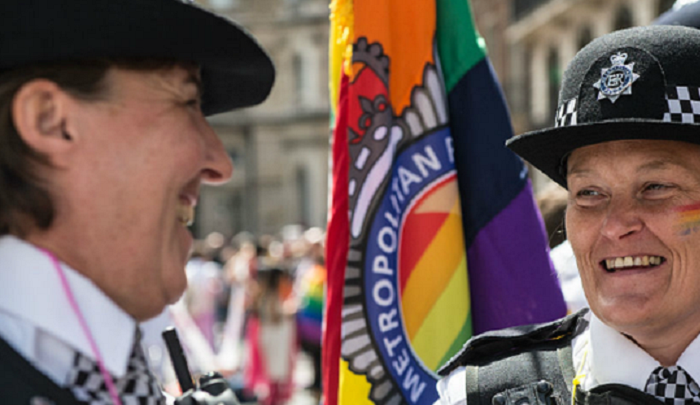 The Conservative Party deliberately uses “dangerous” hatred of Muslims to win elections, its former chairwoman declared today. Sayeeda Warsi said Tory Islamophobia goes “all the way to the top” because the attitude is “who cares” – as long as it gets votes. Warsi also toes the OIC/Muslim Brotherhood line on “Islamophobia” and the freedom of speech, feeding into this narrative that has worked at the lowest and basest levels.

While Warsi falsely accuses Conservatives for using “hatred of Muslims” to win the next election, she is actually employing a trumped-up victimology specter to score votes for her own team.

The people are rising up. Can the elites put the genie back in the bottle? Robert Spencer in FrontPage: 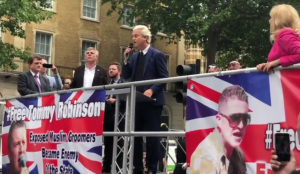 Geert Wilders spoke at a massive rally for Tommy Robinson on Saturday. 20,000 people came out to call for Tommy’s release, and Wilders took the opportunity to put the political elites of Britain and continental Europe on notice.

“Our governments,” Wilders declared, “sold us out with mass immigration. With Islamization. With open borders. We are almost foreigners in our own lands. And if we complain about it, they call us racists and Islamophobes. But I say, no more! And what do you say? No more! And that’s right: enough is enough. We will not be gagged anymore. No more tyranny.” Failed Iraqi asylum seeker Ali Bashar has been captured in Iraq and returned to Germany after confessing to the murder of Jewish 14-year-old Susanna F.

The 20-year-old admitted to murdering the young teen on Monday shortly after Kurdish forces had captured him in Northern Iraq. He was deported back to Germany over the weekend, German tabloid Bild reports.

“So that’s what we’re going to do and organize! With cartoonist/ex-Muslim Bosch Fawstin!

We will make the Netherlands ours again, we will close the borders and all that money we send abroad

But it will likely inflame relations between the party and the Islamic community.

Depicting the image of Prophet Mohammad is consider blasphemy among many followers of Islam.

In 2015, Islamist terrorists killed 12 people at the newsroom of French satirical newspaper Charlie Hebdo after it printed cartoons of Mohammad.

In 2005, the publication of a dozen drawings depicting the Prophet in Danish magazine Jyllands-Posten led to violent protests across the Muslim world.

And American cartoonist Molly Norris has been deemed a “prime target” for execution by Islamic extremist after depicting the likeness of the prophet on several items. 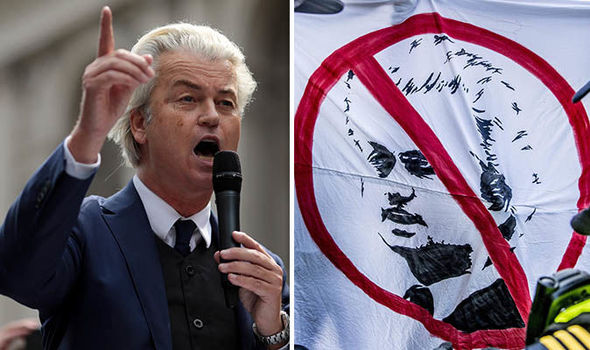 But this history of controversy has not stopped Mr Wilders from launching the competition.

Mr Wilders already voiced his desire to hold the contest in 2015, after he attended as a speaker the “Draw Muhammed” competition in Texas, USA.

His anti-Islam leader’s party was one of the populist forces that gained millions of votes in Europe in 2017.

In March 15 last year, the party became the main opposition force in the Netherlands, gaining 13.1 per cent of the votes and 20 seats in parliament. 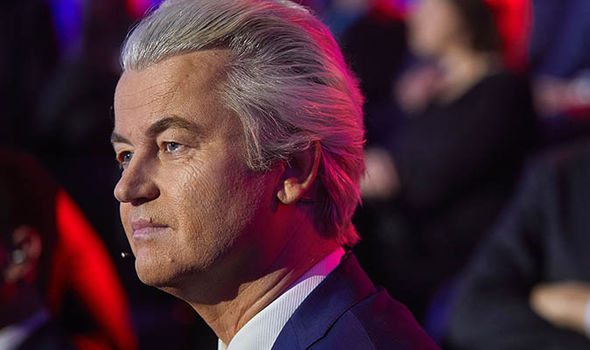 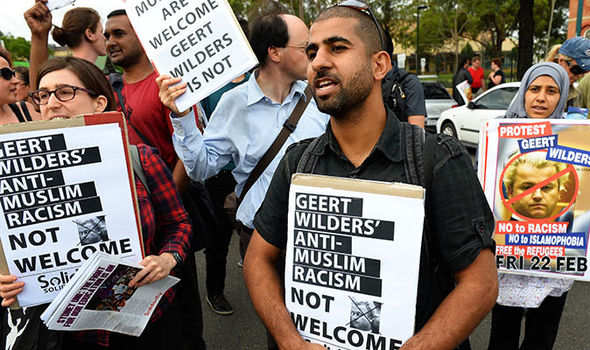 Openly anti-Muslim, Mr Wilders has called for a series of measures to “stop Islamification”, including outlawing the Koran and putting a tax on the Hijab, a head covering worn in public by Muslim women.

The populist party calls for the closure of borders and takes inspiration from US President Donald Trump’s doctrine of “America first”, claiming the interests of Dutch people should come before those of immigrants.

In the run up to the 2017 Netherlands’ elections, Mr Wilders said: “This is our vision and these are the main strands I am not going to promise voters anything apart from this.

“We will make the Netherlands ours again, we will close the borders and all that money we send abroad – to Africa, to Brussels, to Greece, to asylum-seekers in the Netherlands.”

One thought on “Yes! There will be another Muhammad cartoon contest!”