This might shake the mad mullahs out of their tree. The bazaris hold the purse strings in Iran. The bazaar is where the power lies. If the merchants withdraw their support, the mullah regime could crash and burn. 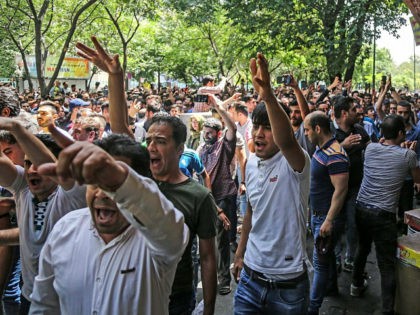 Something “bazaar” happened in Iran recently that undoubtedly worries the mullahs.

Tehran’s Grand Bazaar has not shut down since the Shah was forced out, with Jimmy Carter’s help, and the mullahs imposed a theocracy replacing the monarchy. As a mega-activity mall and backbone of the local economy containing numerous mosques, hotels, banks, libraries, schools, and an employment source for 600,000 people, shutting it down was no easy task. It was made more complicated by the fact the government was not involved. The shutdown was voluntary, initiated by those whose livelihood depends upon it remaining open, as part of an anti-government protest. They hoped by taking this initiative, other business districts in other cities would follow their symbolic example. They did.

The shutdown obviously concerns Iran’s mullahs—and not just because they were unable to shop. Not even the 2009 brief uprising in Iran following its questionable presidential election generated such a massive response. These riots have been continuing for weeks. The shutdown — and the fact several other cities mirrored it — represents a tsunami of rage among the Iranian people. 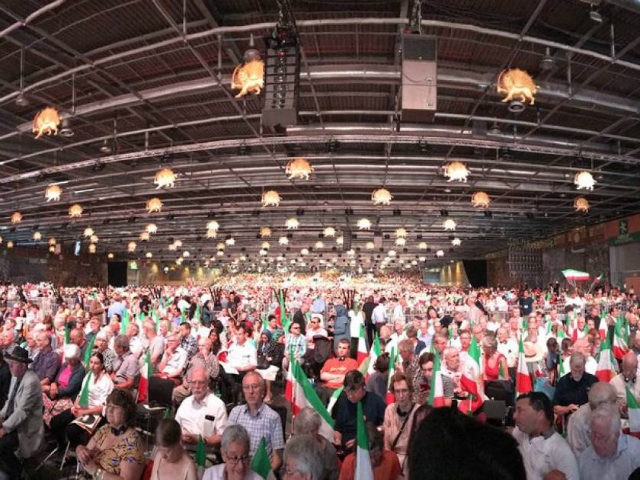 Calls for an Iran without its current “dictatorial regime” were met with strengthened hope during the annual “free Iran” rally held in Paris this past weekend by the National Council of Resistance of Iran (NCRI), an exiled Paris-based Iranian opposition group allied with the Mujaheddin-e-Khalq (MEK).

Of course. What else could it be but the Zionists? Usually they work with animals: in the past we have seen Zionist vultures, Zionist squirrels, Zionist pigeons, Zionist rats, Zionist sharks, and even sexually predatory Zionist cats.

So what other possible explanation for Iran’s climate woes could there possibly be? 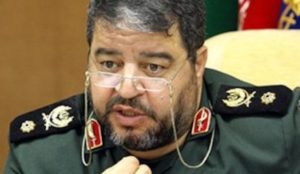 IRAN’s head of Civil Defence Organisation claimed he is suspicious about the role of Israel in climate change in Iran and accused the neighbouring nation of stealing clouds and snow from the Islamic Republic. 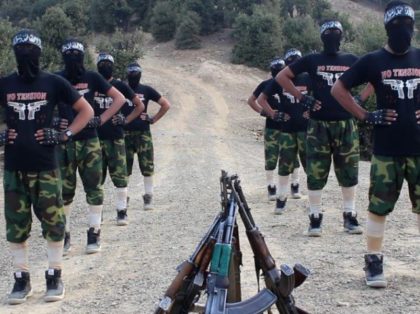 Rouhani Warns U.S. of ‘Consequences’ for Push Against Iran Oil

Would the Iranian mullahs try to assassinate opposition leaders abroad? Especially while they are so threatened at home? What do you think? 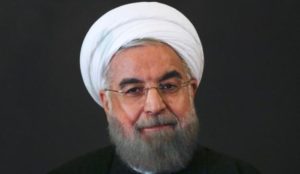 “Iran diplomat among six arrested over suspected plot against opposition meeting,” by Robert-Jan Bartunek and John Irish, Reuters, July 2, 2018:  Three other arrests were made in France.

“If today these Iranians get deported from America, it will become clear who is complicit and sells the national interest like he is selling candies to America.”

How many more gifts to the mullahs from Obama will be discovered? 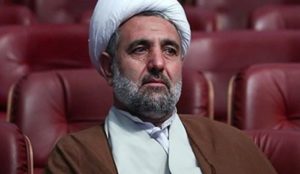 While ongoing for years, the rage, perhaps, has gained new momentum for two reasons — both, interestingly, related to former President Barack Obama.

One is the fact Obama is no longer in office. During the 2009 Iranian riots, he made it clear he would not support the people. He went on to embark upon a regional policy focused on forcing the Sunni powers to “share the neighborhood” with Shiite Iran. The Iranian people watched as Obama implemented initiatives strengthening not only our enemies, such as the mullahs and Syria, but theirs, too, willingly tossing friends like Saudi Arabia aside. This did little to motivate the Iranian people to challenge their leaders.

But the second reason for the new momentum is perhaps more personal for the Iranian people. As their economy was on the verge of collapse, Obama helped rescue it. All during the nuclear negotiations, Obama released billions of dollars to keep Iran at the table, releasing $150 billion in Iranian assets after the one-sided deal, in Tehran’s favor, was negotiated.

By helping the mullahs avoid an imminent economic collapse, Obama also helped Iran maintain its reputation as the world’s leading state sponsor of terrorism and devote funds to sponsor Yemen’s Houthi rebels. For the mullahs, the words from the 1980s Toyota commercial rang true, “Who could ask for anything more!”

As the mullahs feared no evil with Obama at the “Great Satan’s” helm and undoubtedly expected more of the same under a President Hillary Clinton, they felt little need to spend their financial windfall on improving life for their own citizenry. Instead, much of it went elsewhere, to proxies outside its borders like Hezbollah and the Houthis. This, along with the mullahs’ corrupt practices robbing the country blind and their relentless campaign in executing domestic opponents (only China executes more people than Iran, which also is the leading executioner of juveniles), created a toxic environment in which the Iranian people may well have felt there was nothing else to lose. Hence, they are back on the streets protesting like never before.

The widespread anger of rioters — going beyond their own leadership — is expressed in protest chants. They condemn Syria and the Palestinians as beneficiaries of money wasted. Their chants also reveal the knowledge “the Great Satan” is not America but the mullahs: “Our enemy is right here; they lie when they claim it is America.” The people appear to fully endorse Trump’s new policies towards the country.

Another factor at play endangering the mullahs’ hold on power is Yemen. A Houthi general recently switched sides, perhaps realizing despite Iran’s backing, victory is not in sight. In part, his motivation may have been the increasing body count tally for Iran’s Hezbollah proxy fighters. It is indicative of a losing cause and clear indicator of Iranian support.

The bottom line is: conditions could not be better for regime change in Iran. President Donald Trump needs to follow President Ronald Reagan’s model for winning Poland its freedom. There is no need for troops, but he needs to work with the opposition, providing it with necessary funding and equipment, such as encrypted cell phones, and statements of support. U.S. sanctions against any nation buying Iranian oil after November 4 would further stress Tehran’s economy.

Obama-like thinkers suggest the protestors will fail as they lack leadership. They fail to recognize that those leaders are remaining in the shadows to avoid detection by the brutal regime. As protester numbers and U.S. support increases, they will emerge to lead the final charge. With more confidence, we may even hear the name of Reza Pahlavi, the Shah’s eldest son and Iran’s last Crown Prince, being touted for a constitutional monarchy.

But the Iranian people’s success turns on Trump’s strong acts of support.

There should be no doubt, however, before the mullahs fall, they will brutally try to save themselves. They did it when they came to power in 1979; they did it when they killed thousands of MEK activists in 1988; they did it to shut down the 2009 riots. No body count is too high for them for, they believe, they implement Allah’s will.