The Spanish coast guard says that it is overwhelmed, and can’t cope with the huge influx of migrants crossing the Mediterranean. Its vessels had to rescue more than 600 migrants in just one morning.

WTF does Spain have border guards when they are not allowed to use their weapons against the invading African savages?

In other migration news, Hungary has just imposed a tax on NGOs that advocate for mass migration. Meanwhile, Italian Interior Minister Matteo Salvini has drastically reduced the benefits paid to asylum seekers, and plans to use the savings to pay police who work overtime shifts.

Jews have fled France, Christians will be next:

‘Christianophobia Observatory, a Paris-based Roman Catholic non-profit org. that tracks attacks against Christians, reported 128 incidents of church vandalism or other anti-Christian attacks in France during first 5 months of 2018’ 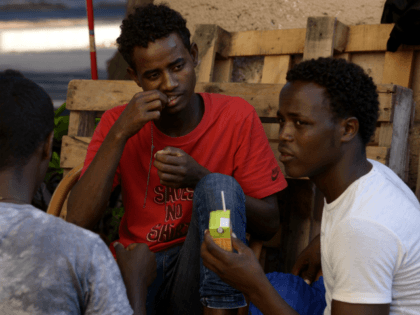 There shouldn’t be any at all. None of them qualifies as an asylum seeker.

These clowns may just as well put themselves out of business…

Turkey Hits Back at Trump over U.S. Pastor Captive

“Noone dictates Turkey. We will never tolerate threats from anybody. Rule of law is for everyone; no exception.”

By “law” he means sharia law, of course….

CNN continues to push for censorship of others…

#Facebook‘s definition of #HateSpeech is speech they hate. The Washington Post suggests that the “loudest opponent of Italy’s new anti-migrant policy” is the Catholic Church, with some leaders going so far as to say that those who oppose open borders “cannot call themselves Christian.” In this case, the WaPo is right despite what its intention might be. The Catholic Church has become an unprecedented and powerful advertising tool for the globalist and Islamization agenda. Author George Neumayr, who wrote the book The Political Pope, states that Pope Francis has allied himself with Communist influences and that he has “turned the Vatican into a bully pulpit for the left’s favorite causes, including: open borders, gun control, climate-change activism, the abolition of the death penalty and lifetime imprisonment, and the socialism of central planners.”

The Catholic Church and Pope Francis should be advocating for persecuted Christians and the innocent victims of the oppressive Sharia. Instead, Pope Francis received a noteworthy accolade in June when Ahmed al-Tayeb, the Grand Imam of Cairo’s al-Azhar, thanked him for his “defense of Islam against the accusation of violence and terrorism.”

When will the Pope and his cronies lead by example and implement a wide-open Vatican with no security guards, to welcome in all Muslim migrants seeking shelter?

There is not complete unanimity, however, among Catholic prelates on this. A Jesuit scholar, Father Henri Boulad, sounded a dissenting note when he said that “Islam is an open-ended declaration of war against non-Muslims and those who carry out violent jihad are true Muslims who are applying exactly what their creed demands.”

A Catholic website, Lifesite News, also highlighted a worrying trend within the Catholic Church: the site discussed Pope Francis as “the Pope of Islam,” drawing on research by Robert Spencer. The article also warned…

Considering how rapidly violent Jihadism has been spreading in the world and into Europe and North America, it is crucial that LifeSite readers take the time to become aware of this information. Ignorance of the realities of Islam could lead to catastrophic loss of freedoms and even of many lives in Western nations. 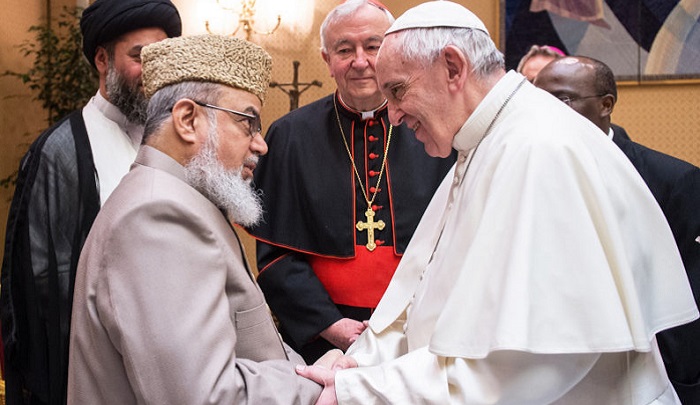 ROME — In a small church in central Italy, a priest told his congregation one recent Sunday morning that the motto of Italy’s highest-profile politician — “Italians First” — was antithetical to Christianity itself.

Farther north, another parish priest said that supporters of the country’s new governing hard-line anti-migrant party “cannot call themselves Christian.” On the island of Sicily, an archbishop speaking in a public square took an even broader swipe, criticizing politicians who drive “their own miserable success” by exploiting fear about migrants.

As Italy’s migration politics swing to the right, the Catholic Church is responding with an oppositional roar.

Pope Francis, during the five years of his papacy, has spoken about the humanity and rights of migrants, cautioning about the anti-immigrant sentiment taking hold in parts of the developed world. But those warnings only recently turned into a clarion in the very backyard of the Roman Catholic Church, where one of the world’s most Catholic nations has ushered in a populist government that pledges to “stop the invasion” and tighten its doors.

In recent weeks, church leaders of all kinds — figures close to Francis and priests speaking on quiet Sundays — have struck back against what they describe as a xenophobic and fear-driven response to the wave of refugees and economic migrants who have reached Italian shores. Their voices have stood in relief against a political landscape where few others, even in Italian opposition parties, are delivering that message.

“It’s really unprecedented that the official voices of the Catholic Church are so squarely opposed” to an Italian government, said Massimo Faggioli, a Villanova University professor who studies Catholicism and European politics. “That hasn’t happened before. The Catholic Church is the opposition, basically.”….