Because no one dares to question their mental baggage, No one questions the ideology that causes their burning hatred of the infidel. ISIS brides and their radical children pose a significant threat to Britain, it has been warned, as authorities are accused of underestimating their potential to attack.

A startling new report has revealed 145 women and 50 minors were among the estimated 850 people who travelled from the UK to support IS in Iraq and Syria.

Of the 425 returnees recorded, only two women and four minors were listed.

A report, From Daesh to Diaspora, found 13% of the 41,490 foreign citizens who became affiliated with the terror group in Iraq and Syria between 2013 and 2018 were women – and another 12% were minors. 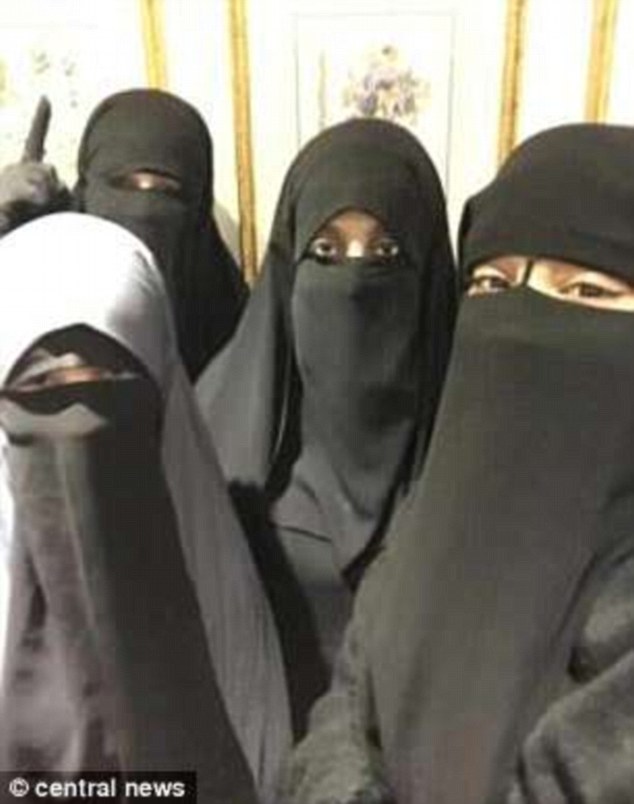 Women of ISIS: Terrorists who joined the failed caliphate in Iraq and Syria could reignite the drive to join Islamic State, a report has found

Now, it is they who may attempt to keep the failed Caliphate alive across Europe.

The report, from King’s College London’s International Centre for the Study of Radicalisation discovered some of those women had been involved in terror plots.

It is feared there could now be a rise of women-only terror cells and family cells.

Safaa Boular, now 18, became Britain’s youngest convicted female terror plotter when she was found guilty of preparing an attack on London with the first all-women IS cell, earlier this year.

Boular first began planning a grenade and gun attack on the British Museum when she was thwarted from joining her IS husband in Syria.

When Boular was detained over an attempt to become a jihadi bride in Syria, her sister Rizlaine Boular picked up the baton and planned to stab random members of the public around the Palace of Westminster, the Old Bailey heard.

When Boular was arrested police shot her four times, but survived. She was thought to have been unarmed when officers smashed into Barghouthi’s home in Willesden Green, London.

The pair of sisters were encouraged by their mother Mina Dich, 44.

Dich and Boular were jailed over plotting a knife attack in central London that the female terror cell dubbed the Mad Hatter’s Tea Party. 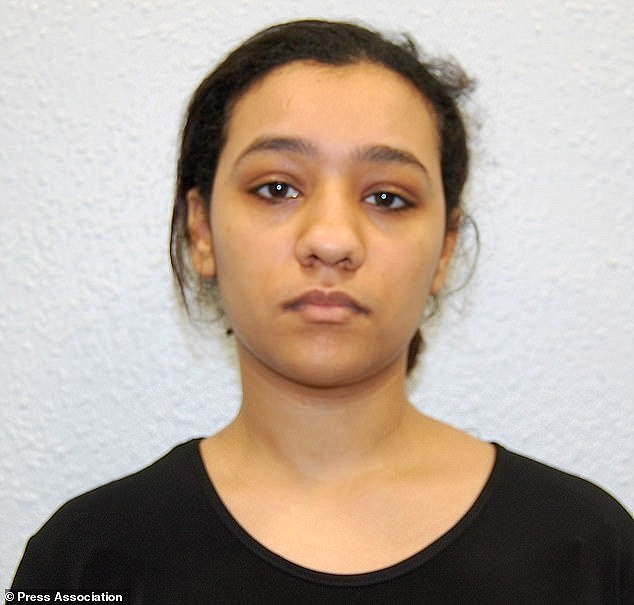 Rizlaine Boular, 22, took over her sister’s terror plot after she was arrested and charged 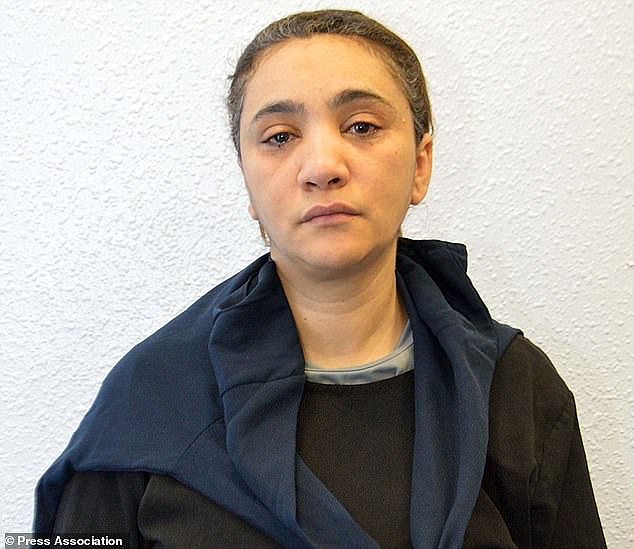 The ICSR researchers Joana Cook and Gina Vale said due to an absence of official government data the nation may well be posed with a deadly threat.

Ms Cook said: ‘The British citizens that have now been confirmed as returning to the UK have not been differentiated by gender, or age delineation, though women and minors accounted for 23% of British IS [Isis] affiliates in Syria and Iraq.

‘We believe some women may now pose a particular security threat based on several factors. These include the physical security roles and related training that some women have undertaken in IS-held territory, and the potential to transfer or apply these skills in other locations, or to their children.

‘The narratives within IS itself related to women’s roles in combat have also evolved, broadening the circumstances under which women may be asked to take up arms. We have also seen women active in IS-linked plots (directed or inspired by the group) in countries such as France, Morocco, Kenya, Indonesia and the US, suggesting that women are indeed important to consider as potential threats.’

The paper said that while IS is associated with images of ‘masked men… fighting on the battlefield, or in more brutal scenes carrying out executions’, it was the ‘presence and support’ of women and minors which helped legitimise the vision of a ‘state’, as well as the ‘roles they played in this state-building process’. 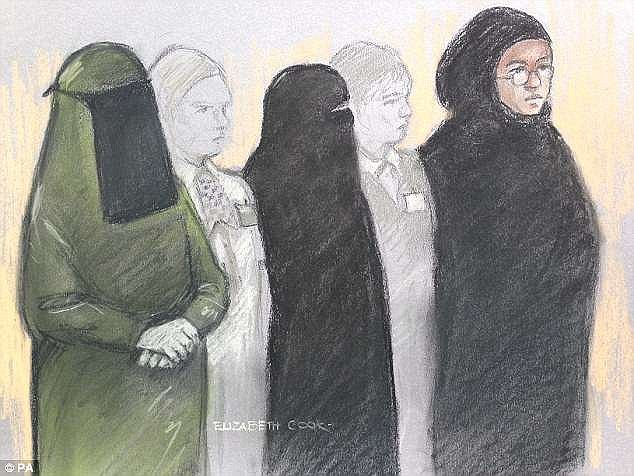 ISIS women in court: Female terror cells could pose problems to the UK after authorities ‘underestimated’ their role in ISIS

The report warned authorities must go beyond seeing women as only passive jihadi brides – because they often played a role in the caliphate including spreading propaganda.

The report also warned rehabilitation is needed for minors.

Many left because they felt they did not belong in the UK, leading to calls for better integration work.

In 2015 three schoolgirls from Bethnal Green travelled to Syria to marry Isis fighters.

Amira Abase and Shamima Begum, along with friend Kadiza Sultana. It is not currently known whether they are dead or alive however, the families of Abase and Sultana have said they believe their daughters were killed.

Shiraz Maher, the director of the ICSR, added: ‘These findings are significant as considerations of foreign IS-affiliates in Syria and Iraq have largely focused on the status and activities of its male members.

‘Women and minors are poised to play a significant role in carrying on the ideology and organisation of IS now that the caliphate has fallen, so it is essential that governments recognise these affiliates as two distinct groups who need their own unique responses.’