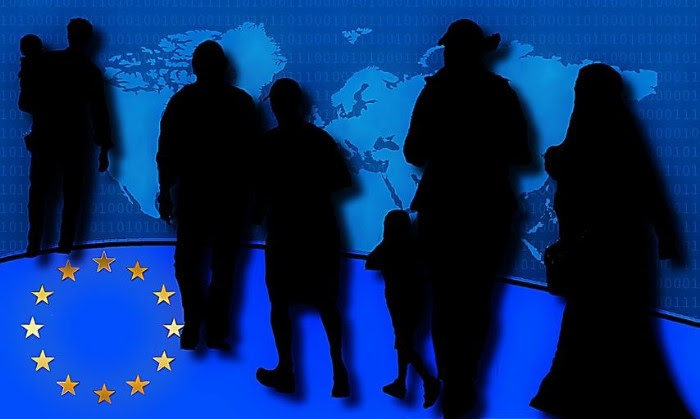 What if some migrants are searching for more than a ‘Better Life’?

To say that migration is a hot topic must be understatement of the year. Many people in Western societies are convinced borders should be thing of the past. That we should be as welcoming as possible (as long as the taxpayer foots the bill of course). The one thing that is rarely mentioned however is that there may be at least some of the migrants who are in search of much more than a ‘better life’.

According to the Qur’an emigration and ‘jihad in the cause of Allah’ were two sides of the same coin for the earliest Muslims. This gives modern Muslims a strong example to follow.  In fact, the Quran states that “Those who have believed and those who have emigrated and fought in the cause of Allah – those expect the mercy of Allah” (Qur’an 2:281)

Also: “Indeed, those who have believed and emigrated and fought with their wealth and lives in the cause of Allah and those who gave shelter and aided – they are allies of one another.” (Qur’an 8: 72)

So when we see images of thousands of Muslim people in the migration queues we have to assume that at least some of them see this as only the first part of the process (i.e. migration) while hoping to eventually getting round to the second part ‘Fighting in the Cause of Allah’. Our politicians may say that only a ‘tiny minority’ may think this way. This is a very weak argument.

To give but one example. Germany took in 1 million Muslim migrants during 2015. Even if only 1% of them take the Qur’an on migration and jihad seriously that still leaves 10,000 people who will fight with all their might to bring Germany under the sway of the teachings of the ‘prophet’. Was that really a risk worth taking?