‘My point about the intolerant nature of Islam has been proved again by this’: Dutch politician Geert Wilders cancels Prophet Mohammad cartoon competition over violence fears 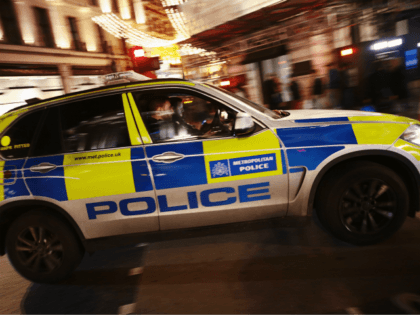 The Times of Israel reports: The Trump administration announced Friday it is cutting nearly $300 million in planned funding for the UN agency that aids Palestinian refugees, and that it would no longer fund the agency after decades of support. Instead, it said it would seek other channels by which to aid the Palestinians. 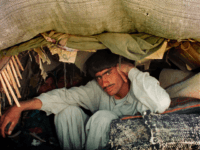 Amazing how that works:

‘Substantial’ German funding increase to make up US shortfall

But it won’t be enough to keep UNRWA afloat, German Foreign Minister says in letter to other EU member countries. 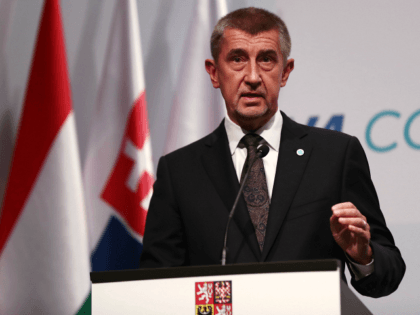 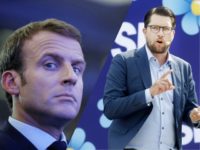 Italy’s populist leaders will not let the refugees get off the ship at Sicily unless other EU countries pledge to take them.
Deputy prime minister Matteo Salvini shrugged off reports of the hunger strike, tweeting: “They can do whatever they believe.” 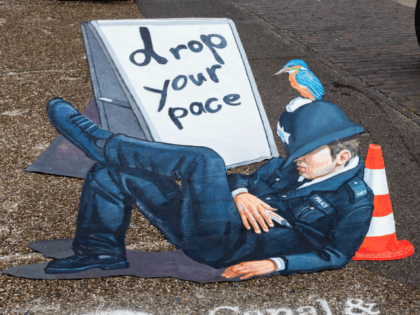 Cancelling of the ‘Draw Mohammed’ cartoon contest proves the point: Islam is a violent, totalitarian ideology which should have no place in Western civil society.

Following threats to kill Dutch tourists and to target Dutch institutions, Geert Wilders MP decided to call off the ‘Draw Mohammed’ cartoon contest planned for exhibition in the PVV’s parliamentary offices in The Hague later this year.
Did any of the so-called moderate Muslim organisations in Western countries come out in defence of freedom of expression? Not that we know of. Please let us know if you find any evidence.
Once again the true nature Islam has been exposed. 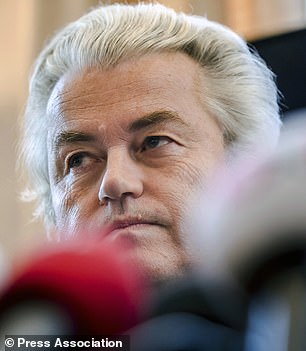 Wilders said he made the decision ‘to avoid the risk of victims of Islamic violence’ and noted that his point ‘about the intolerant nature of Islam has been proved again by this,’ in a written statement on Thursday.

Known for his hard-line stance against Islam, the politician said he would never personally stop his campaign against Islam but the risk to innocents, and of attacks on the Netherlands, stemming from the contest were too great.

Wilders had planned the content for November and it was to be held at the tightly guarded offices of his Party for Freedom in the Dutch parliament building.

However, it became the subject of protests in Pakistan where thousands of people demonstrated against the contest, in a march organised by Islamist party Tehreek-e-Labbaik. 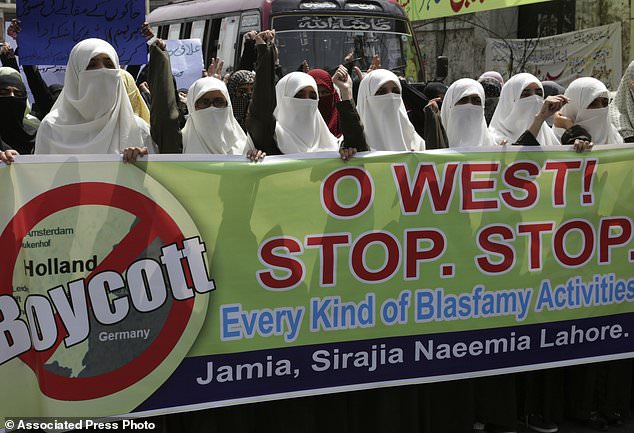 The contest became the subject of protests in Pakistan where thousands of people demonstrated against the contest, in a march organised by Islamist party Tehreek-e-Labbaik

The protesters called on Pakistan and other Islamist countries to sever all ties with the Netherlands and the Taliban urged Afghan soldiers to attack Dutch troops serving in the NATO-led Resolute Support mission in retaliation for what it called a blasphemous action and a hostile act by the Netherlands against all Muslims.

Dutch Prime Minister Mark Rutte last week defended Wilders’ right to stage the contest, saying it fell within the boundaries of freedom of speech, but also stressed the plan was not a government initiative.

Wilders is no stranger to death threats sparked by his fierce anti-Islam rhetoric and lives under round-the-clock protection.

Earlier this week, Dutch police arrested a 26-year-old man suspected of threatening to attack Wilders over his plan. 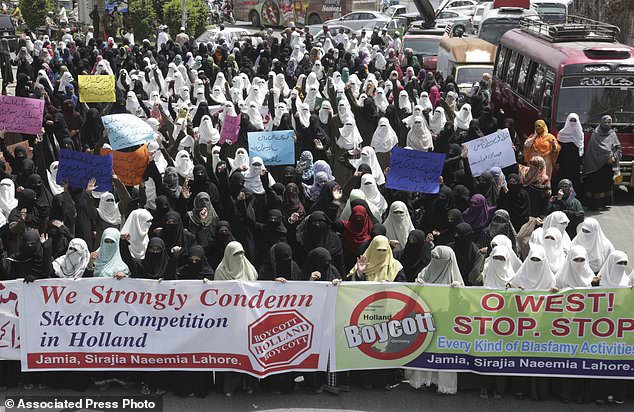 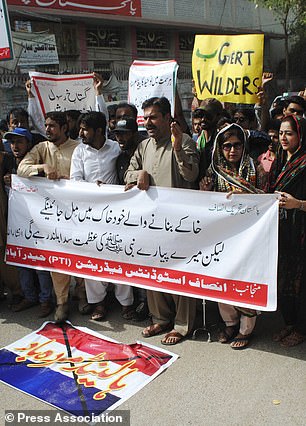 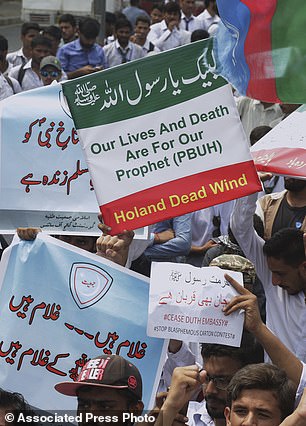 In 2005, the Danish newspaper Jyllands-Posten published cartoons of Prophet Mohammad that sparked a wave of protest across the Muslim world and several attempts to kill either its editor or cartoonist Kurt Westergaard.

Ten years later, a pair of Islamists stormed the offices of magazine Charlie Hebdo in Paris, known for publishing satirical cartoons of the Prophet, and killed 12 people.

Following Wilders’ announcement, Khadim Hussain Rizvi, a firebrand Pakistani cleric, called off the march on Friday which began on Wednesday from the eastern city of Lahore.

Thousands of protesters in Pakistan called off their rally after reaching near Islamabad.

Images of Prophet Mohammad are traditionally forbidden in Islam as idolatrous. Caricatures are regarded by most Muslims as highly offensive.

2 thoughts on “Dont claim victory too soon Pakistan, I am not finished with you yet – Geert Wilders to Paki Govt.”