“We need a German Islam”

These people seem to be suffering from an inbred learning disability. Since 9/11, Islamic terrorists have carried out 33,762 jihad attacks in the name of allah. But to connect the dots would collapse their multiculti fantasies like the twin towers, and we can’t have that…. 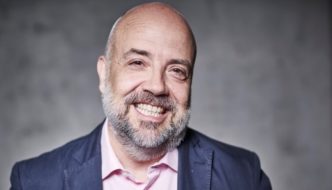 German interior ministry: “This may not please Ankara,” but we need a “German Islam”

Good luck with that. Look how well a similar call is working out in France. There will never be a German Islam or a French Islam, but there may well be an Islamic Germany and an Islamic France. And no, Ankara will not be pleased, and will soon be back around with new threats and demands. And Merkel will probably give in to all of them.

If the video doesn’t play, watch it here. The absurdity of Farage’s lecture should be self-evident. No one wants to go to “war against an entire religion”. Islam is at war with us. “Islamism” doesn’t exist. “Islamism” is a Moonbat fantasy  that helps da’awa gigolos in their mischievous  “interfaith” efforts. We are not, and have not been, vetting Mohammedans before or after they settled among us, which they perceive to be behind enemy lines. You don’t have to be “hard-right” to see that this is a religious war which we can’t afford to lose. Farage’s “moderate Muslims” exist only in his own fantasy. We’ll never get Mohammedans to side with us, the kuffar, against their own. Finally, it is not “our hatred & hostility against an entire religion”, but Mohammedans being raised with hatred & hostility against us, the infidels. Farage has gone off the deep end.