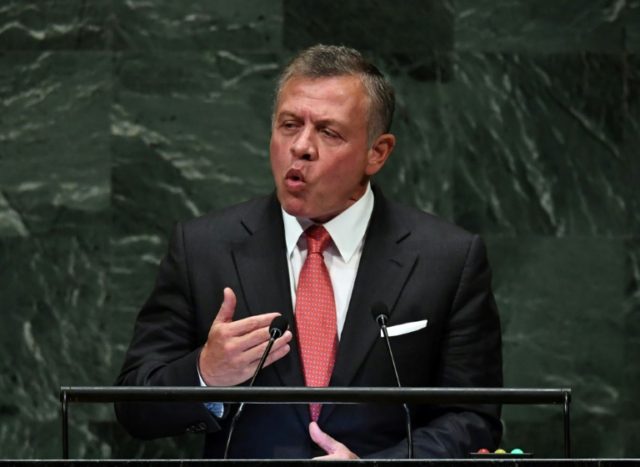 Jordanian King Abdullah II Bin Al-Hussein, while addressing the United Nations General Assembly on Tuesday, called on the international community to combat “Islamophobia,” deeming it a threat that fuels terrorism along with jihadi ideology.

The king declared:An effective global response to terror also requires continued collective action. Let’s be clear about it: for all our victories, the fight against these outlaws, the khawarej of Islam, is not over. Winning the war demands a long-term, holistic approach, one that pairs security measures with strong initiatives that support inclusion and hope. Offline and online, we must counter all and I say all ideologies of hatred, including Islamophobia. Jordanians have led efforts to unite the world in mutual respect and understanding.

His remarks echoed comments he made before the international body in 2016.

This is a guy who’s “Revolutionary Guards” stone women & hang homosexuals from cranes. 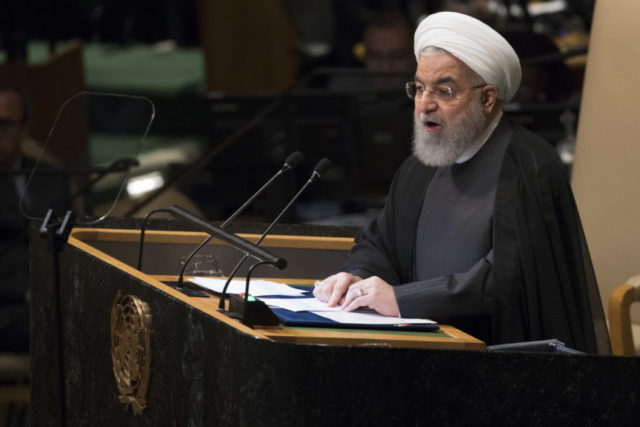 Iran’s President Hassan Rouhani told the United Nations General Assembly on Tuesday that sanctions imposed on his country by U.S. President Donald Trump’s administration amount to “economic terrorism” and claimed the American leader had a “Nazi disposition.”Without explicitly naming Trump, the leader of the Islamic Republic accused “rulers in the world,” clearly referencing the United States, of trying to seek power “through the fomenting of extremist, nationalism, and racism and through xenophobic tendencies resembling a Nazi disposition as well as through the trampling of global rules and undermining international institutions.” President Trump said the U.S. rejects “global governance, control, and domination” and honors the right of every nation to pursue its own customs, beliefs, and traditions, adding that it will never tell other nations how to live, work, or worship.

“The U.S. will not tell you how to live and work or worship,” President Trump said. “We only ask that you honour our sovereignty in return.”

“We reject the ideology of globalism and we embrace the doctrine of patriotism,” he added.

Here’s a whole lotta links from the Religion of Peace:

Establishment Media Sides with Countries Laughing at America at U.N. 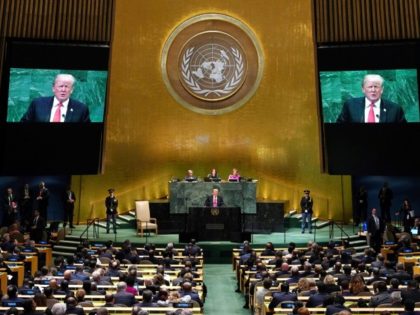 During the general assembly’s annual meeting in September of that year, King Abdullah “decried both Western Islamophobia and the terrorist ‘outlaws’ who sully the name of Islam, warning the United Nation General Assembly that both threaten the future of society,” the U.N. reported.

Islam threatens the future of society. “Islamophobia” is an insult to all those opposed to the Mohammedan expansion project.

Useful idiot tool he is.

“Racism, xenophobia, anti-Semitism or Islamophobia are … poisoning our societies,” the U.N. chief said in August 2017, adding, “It is absolutely essential for us all to stand up against them everywhere and every time.”

No. Islam, this rotten cadaver of a phoney religion dreamt up by an illiterate Arab goat herder is poisoning our societies.

The U.S. provides Jordan with hundreds of millions of dollars each year in foreign aid, making the kingdom one of the largest recipients of American taxpayer funds.

The U.S. should not waste one cent on jiziya, but use every dollar for defence.

In 2017 alone, U.S. assistance to Jordan, a member of the international coalition against the Islamic State (ISIS/ISIL), reportedly exceeded $1 billion.

Despite disagreements over U.S. President Donald Trump’s decision to recognize Jerusalem as Israel’s capital, his administration agreed to further increase assistance to Jordan, signing a memo of understanding in February to provide the Middle Eastern nation at least $1.275 billion a year annually over the next five years.

The Jordanian king stressed his support for a two-state solution that would include an independent Palestinian state with East Jerusalem as its capital and Israel.

Just call Jordan  “Palestine” and be done with it, Abdullah.

“We will counter any attempts to change the holy city’s historic Arab Christian and Muslim identity,” Abdullah proclaimed.

Jordan joined 128 U.N. member states that urged the Trump administration to rescind its recognition of Jerusalem as Israel’s capital.