The Turks are not our friends.  In Turkey, like everywhere else in lands occupied by the soldiers of allah, every infidel is a potential hostage. Just ask Pastor Andrew Brunson, who’s been jailed for the crime of “Christianization”, whatever that is.

Citing the 62-page indictment, Furnari noted, “My father’s crime is named as ‘Christianization,’ essentially equating it to terrorism and espionage and it is, for the most part, based on secret witnesses’ testimony.”

Erdogan: ‘Politicians Will Have No Say’ on Fate of Imprisoned U.S. Pastor Brunson 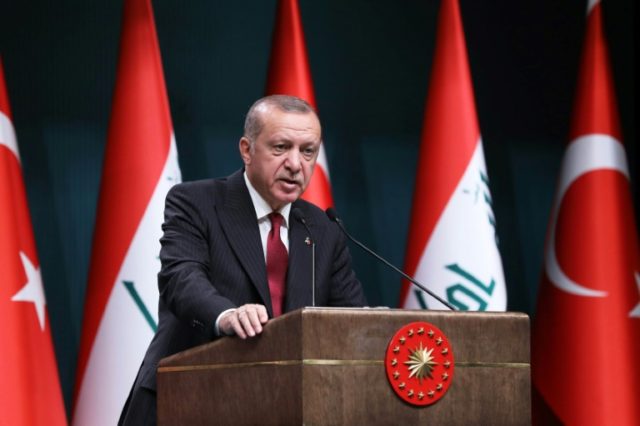 Turkish President Recep Tayyip Erdogan reportedly said this week that a Turkish court, not politicians, would decide whether to release U.S. pastor Andrew Brunson, held since 2016 on charges of terrorism through “Christianization.”

Brunson’s detention has significantly strained relations between NATO allies the United States and Turkey.In an exclusive interview with Reuters late on Tuesday while he was in New York for the United Nations General Assembly meetings, Erdogan said, “This is a judiciary matter. Brunson has been detained on terrorism charges … On Oct. 12 there will be another hearing and we don’t know what the court will decide, and politicians will have no say on the verdict.”

An American citizen, Pastor Andrew Brunson, is facing up to 35 years in a Turkish prison on fake “terrorism and espionage related charges.” Brunson’s witnesses were not even listened to, amid “wild conspiracies, tortured logic, and secret witnesses, but no real evidence to speak of.” Most recently, Mehmet Erdoğan, a deputy for the Turkish ruling party, accused Brunson of being “a former U.S. marine in charge of looting Iraqi gold during the 2003 U.S. invasion.”

The truth, long suspected, has now emerged. The real “crime” of Brunson was “Christianization”: 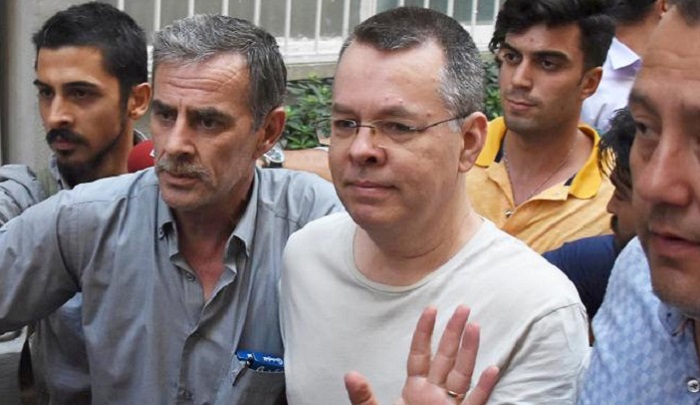 “Daughter: U.S. Pastor Imprisoned in Turkey for Terrorism by ‘Christianization’”, by Edwin Mora, Breitbart, September 21, 2018: Read the whole thing below the fold.

Germany: Erdogan to inaugurate one of Europe’s largest mosques in Cologne

President Recep Tayyip Erdogan will inaugurate in the German city of Cologne one of the largest mosques in Europe on Saturday.The Cologne Central Mosque, built by Turkish-Islamic Union for Religious Affairs (DITIB) after eight years of construction work, has a capacity of 1,200 people. It is already widely known that Saudi-funded mosques pose a threat, due to their spread of the Wahhabi ideology. Now Turkey, with its dreams of reviving the Ottoman Empire, is spreading its jihad ideology through its own mosques in the U.S. and Germany.

This summer, the German public began to realize that there are hundreds of thousands of Germans of Turkish origin who revere as their leader not German Chancellor Angela Merkel, but Turkish President Recep Tayyip Erdogan. 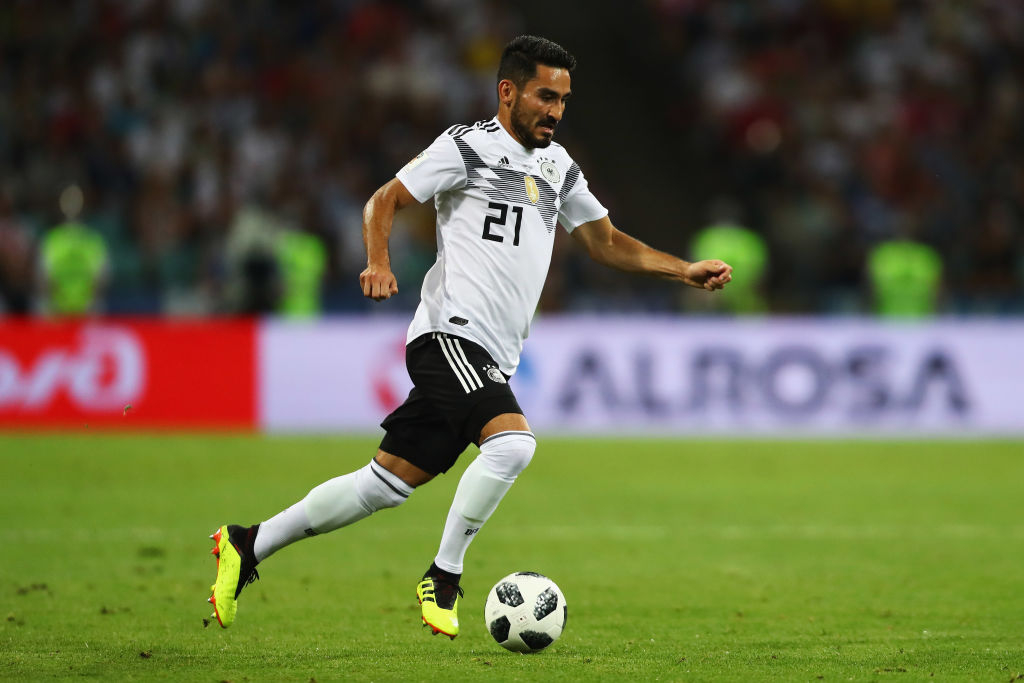 Ilkay Gündoğan, who played for the German national soccer team in this year’s World Cup, posed for a photo-op with Turkish President Recep Tayyip Erdogan shortly before the tournament. Gündoğan — who holds only German citizenship — gave Erdogan a signed shirt bearing the message (in Turkish): “With respect to my president. Yours faithfully”.

The real “crime” of Brunson was “Christianization”:

The pastor’s daughter Jacqueline Furnari declared….Turkey finally charged him when they handed down an indictment….In this indictment, my father’s crime is named as ‘Christianization,’ essentially equating it to terrorism and espionage and it is, for the most part, based on secret witnesses’ testimony.”

Religious freedom does not exist in Turkey, or in any other majority-Muslim country, for that matter. In addition, Turkey has no place in NATO, as it is an oppressive regime. Its leader, Recep Tayyip Erdogan, has dreams of a revived Ottoman Empire. Earlier in the year, Erdogan declared bloody jihadon the Kurds, and dispatched thousands of Turkish soldiers with tanks and artillery to “decimate” them. Right before this, 90,000 mosques prayed Qur’anic conquest prayers, calling on Muslims to be “ruthless against unbelievers” and for victory against the Kurds. Still, Erdogan insists that it is “Islamophobic” to equate Islam with violence.

Note that astute Westerners oppose “Islamization” because of the human rights abuses committed in the name of Islam. Now compare and contrast this with Turkey’s use of the word “Christianization” as an indictment against Brunson. Brunson’s daughter responds to the charges in this way: “I’ve really come to realize that God is in complete control and he has a plan and this is all for his word. He is worth everything that my family has gone through.”

The pastor’s daughter Jacqueline Furnari declared, “A year and a half after his initial detention [in October 2016], Turkey finally charged him when they handed down an indictment — 62 pages. In this indictment, my father’s crime is named as ‘Christianization,’ essentially equating it to terrorism and espionage and it is, for the most part, based on secret witnesses’ testimony.”

Brunson, charged with terrorism and espionage in connection to the failed coup attempt in July 2016, is facing 35 years in Turkish custody.

In July of this year, Turkish authorities released him from jail and placed him on house arrest after he served two years behind bars.

Turkey detained Brunson in October 2016 in the wake of the failed attempt to overthrow Turkish President Recep Tayyip Erdogan’s regime. Ankara accused the pastor of helping individuals who allegedly participated in the insurrection.

At the time of his arrest, North Carolina-native Brunson was running the Resurrection Church in the Turkish city of Izmir.

Furnari noted that there is no physical evidence against her father. She stressed that her family’s faith in God remains strong despite her father’s ordeal in Turkey.

“I’ve really come to realize that God is in complete control and he has a plan and this is all for his word. He is worth everything that my family has gone through,” she said, adding, “The entire last two years has really shown that these are just baseless charges. It’s a sham trial, and my dad is being used as a bargaining chip and suffering for Jesus Christ.”…..

Two of the parties in which Erdogan was active – ‘Virtue’ and ‘Welfare’ – were shut down for violating a constitutional ban on mixing religion and politics. Erdogan himself was jailed for four months in 1999 after reciting a poem to a crowd in south-eastern Turkey – it contained the lines ‘The minarets are our bayonets, the mosques are our barracks, the believers are our soldiers’ – and was judged seditious. Erdogan himself was then banned from holding political office. Yet, despite all these barriers, the AK party swept all but one of the existing parties off the political map earlier this month, and now controls close to two-thirds of the seats in the parliament, making Erdogan the kingmaker of Turkish politics.

One thought on “‘The minarets are our bayonets’”