Al-Qaeda leader who helped mastermind 9/11 calls on Muslims around the world to ‘declare war’ on the United States & warns ‘America is the number one enemy of Muslims’, on the 9/11 anniversary’

The leader of al-Qaeda called for more terror attacks to take place against the United States on the anniversary of 9/11.

Ayman al-Zawahiri declared that Muslims around the world must declare war against the United States, as he claimed the country was a religious enemy of Islam.

In his 30-minute speech presented directly to camera, al-Zawahiri used Trump’s decision to move the embassy in Israel from Tel Aviv to Jerusalem as justification to carry out more attacks. 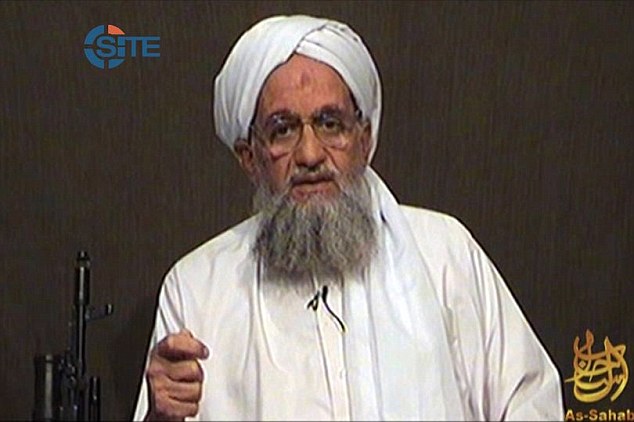 It goes without saying that al-Zawahiri is safe & protected by the Paki’s just like bin Laden back then.

Brother Anjem Choudary to be released from prison, soon…

UK-based Paki rabble-rouser  Anjem Choudary is set for release after serving half of his sentence.

The UK’s most infamous hate preacher is set to be released from prison next month after serving only half of his five-and-a half-year sentence. Anjem Choudary is one of the 80 prisoners (out of 193 convicted on terrorism offenses) slated for release by the end of the year.

Choudary was convicted of inspiring Muslims to support ISIS through his well-know lectures posted on YouTube. Founder of the now-banned extremist group Al-Muhajiroun, Choudary has connections to as many as 500 British jihadis who fought for ISIS, according to British security sources.

He was also linked to the terrorists who carried out the 7/7 bombings in the UK and the man who beheaded British soldier Lee Rigby on a London street in 2013.

‘This house heard calls for a ban on Muslim migration,’ Ms Faruqi lamented.

Australia’s first Muslim Senator, Mehreen Faruqi has used her maiden speech to warn against the normalisation of racism in Australia.

According to Ms Faruqi, migrants no longer feel welcome in Australia because “bigotry and xenophobia have been allowed to flourish.”

Pack up & piss off, twat! You will enjoy the bigotry & the hatred of Pakistan, the shithole country you crawled out of.

Ms Faruqi admitted that racism, sexism and discrimination have always existed, but claims these things are now legitimised, normalised and even encouraged by our media and politicians.

An example Ms Faruqi appealed to was Senator Fraser Anning’s maiden speech in which he described the Muslim culture as being the least capable of assimilation.

And of course, according to Ms Faruqi, the other perpetrators of this flourishing racism, sexism and discrimination are none other than — you guessed it — the dreaded straight white male.

“A culture of online harassment, bullying and toxicity now targets everyone who is not a straight white man,” Ms Faruqi said.

Wait. Did she just discriminate against people based on their sexuality, race and gender all in the same sentence?

Ms Faruqi went on to say, “Far too little attention is paid to the implications this political racism has for our lives, our mental health and our families. We cannot be expected to ignore sustained abuse or be told to hide the fear and the gut wrenching pain that it causes… We will not be silenced, we will speak out.”

The thing is, even if Ms Faruqi is correct, what course of action is she actually proposing? Shutting down criticism of multiculturalism? Silencing people who are opposed to Islamic ideology?

As we’ve noted before, there’s no virtue in shutting down free speech you don’t like. That’s why the idea of ‘hate speech’ was invented. It provides a way of silencing your opponent and claiming the moral high ground in doing so.

Call any negative opinion about multiculturalism or Islam “racism” and you can silence your opponent without having to engage with his arguments.