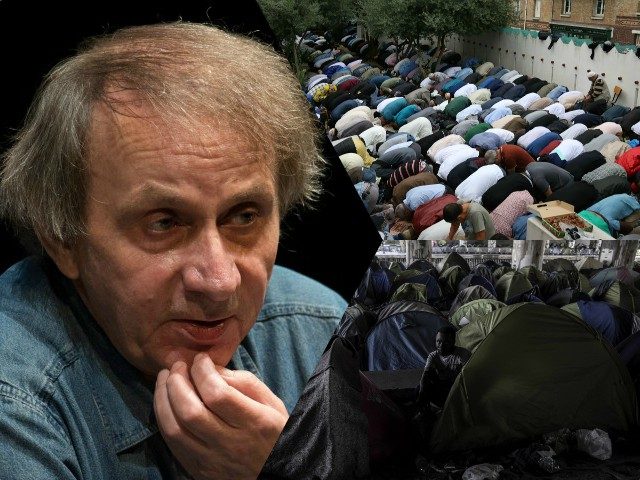 Bestselling French writer Michel Houellebecq, author of the dystopian novel Submission, has claimed the West is in an advanced state of decline, echoing the views of the late philosopher Oswald Spengler.

Mr Houellebecq, who’s novel Submission looked at a France in which a pro-Sharia Islamist becomes the country’s president, said he saw the West in an advanced state of decline due to the rise of Islam and demographic changes caused by mass migration and low birthrates, Le Point reports.

He made the comments at the ceremony for the Oswald Spengler Prize, named after the early 20th-century German philosopher famous for his work The Decline of the West. “I consider the state of the West from the point of view of the two criteria that my intellectual history led me to consider as fundamental: demography and religion,” Houellebecq explained.
.

On the topic of religion, the French writer spoke of a possible Christian revival, saying: “Consider the situation of Islam in the late nineteenth or early twentieth century… Islam appeared as an archaic survival, doomed to disappear in a short time. Consider what Islam is today in these same countries. Who can seriously support what happened to Islam cannot, in any case, occur for Christianity?”

“From the time when Islam was hidden, where it was the Islam of the cellars, everything was fine. Now they are problematic. That’s because they were told they could be visible. To solve that, it would be better for the Catholic religion to take over,” he added.

That’s a pipe dream. The Catholic religion is finito, kapput.  With a Marxist pope at the helm and a clergy that supports Islamisation, that train left the station some time ago.

Houellebecq also railed against the European Union: “In the recent history of France, there is something that is not about suicide but about murder. And the culprit of this assassination is hardly difficult to discover: it is the European Union,” he declared.

“Within the Western world, Europe has chosen a particular mode of suicide, which includes murdering the nations that make it up.

“I am ready to vote for anyone as long as we propose to exit the European Union and NATO,” he added.

In the end, Houellebecq claimed he was slightly more optimistic than Spengler, but conceded he had arrived “at conclusions exactly identical to those of Spengler: the West is in a state of very advanced decline.”

The speech is not the first time the French author has espoused populist ideas. In 2015 he praised direct democracy, saying: “it really seems to me, that the only solution still available to us now is to move gently toward the only form of real democracy: I mean, direct democracy.”

The author’s comments come as more and more reports reveal the extent of the impact of mass migration on Western Europe, where countries like Germany have seen immense demographic shifts to the point where 42 percent of children under six in the west of the country now come from foreign backgrounds.

2 thoughts on “Murder or Suicide? The West is in a State of Very Advanced Decline”