Italian Interior Minister Matteo Salvini threatened to shut down Italy’s airports to prevent Germany from flying in migrants. Meanwhile, Denmark announced that it would not accept its EU quota of migrants for 2018. 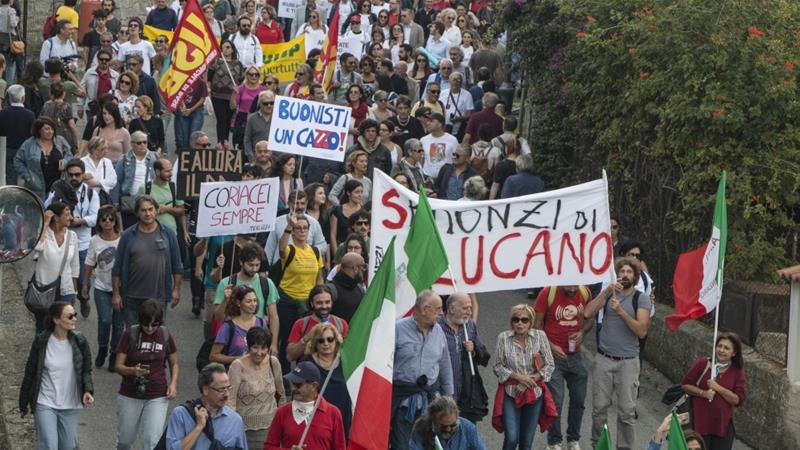 Riace Mayor Domenico Mimmo Lucano on Wednesday told his brother Giuseppe that “they arrested me for a crime of humanity”.

Riace, Italy – An estimated 6,000 people protested in Riace, a small village perched on top of a barren hill in the southern Italian region of Calabria, against the arrest of its mayor Domenico Lucano.

Known as the “refugee mayor”, he stands accused of aiding and abetting undocumented migration.

Lucano won international acclaim for repopulating the dying village with refugees, successfully integrating them into the community. Like other small towns across Italy, Riace has been subject to depopulation as over the years, young people have abandoned their homes to go abroad.

This video shows the reactions of the African culture-enrichers who benefitted from his largesse:

Riace is a town of about 2,300 people in Calabria, a province in southern Italy. The mayor of Riace, Domenico “Mimmo” Lucano, was recently arrested for aiding illegal immigration into his city.

What’s interesting about his case is that prosecutors eventually dropped the charges of corruption, because the mayor wasn’t lining his own pockets; he was simply helping illegal immigrants obtain jobs and benefits illegally.

Instead of housing refugees into segregated reception centres, the mayor contacted the Italian emigrants to open their old homes. At its peak, the town of 1,500 hosted 500 refugees and asylum seekers from 20 countries.

Protesters believe the investigation against Lucano to be political, and came to express solidarity with the mayor and the idea he represents.

The mayor was put under house arrest October 2 as the state accuses him of facilitating “marriages of convenience”.

In a wiretapped conversation, he’s heard talking about ways of obtaining a residency permit for a Nigerian woman who has been denied international protection three times. He is also accused of irregularities in allocating contracts for rubbish collection services run by refugees.

The arrest came after a year-long investigation into the management of funds for refugees in the town, which saw the mayor investigated for racketeering, embezzlement and fraud, alongside 31 others. A preliminary examination judge did not find enough evidence to support those charges.

Riace’s history with refugees starts in 1998, when more than 200 Kurds arrived on its rugged beach on the Ionic coast and were spontaneously hosted by residents. YLENIA GOSTOLI/AL JAZEERA 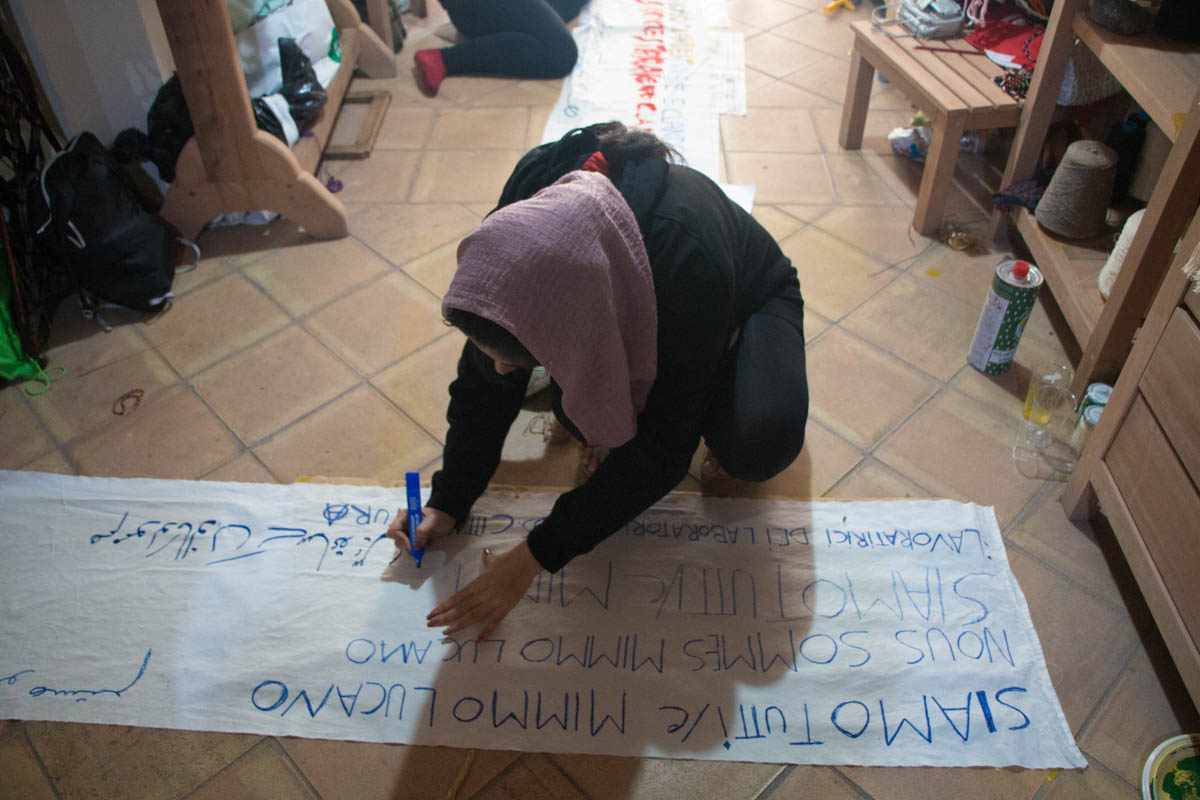 Morsal is 17 and from Afghanistan. She arrived via Turkey and the Mediterranean seven years ago and now goes to school and speaks perfect Italian. The banner she”s writing in preparation for the demonstration reads ‘We are all Mimmo Lucano.’ YLENIA GOSTOLI/AL JAZEERA 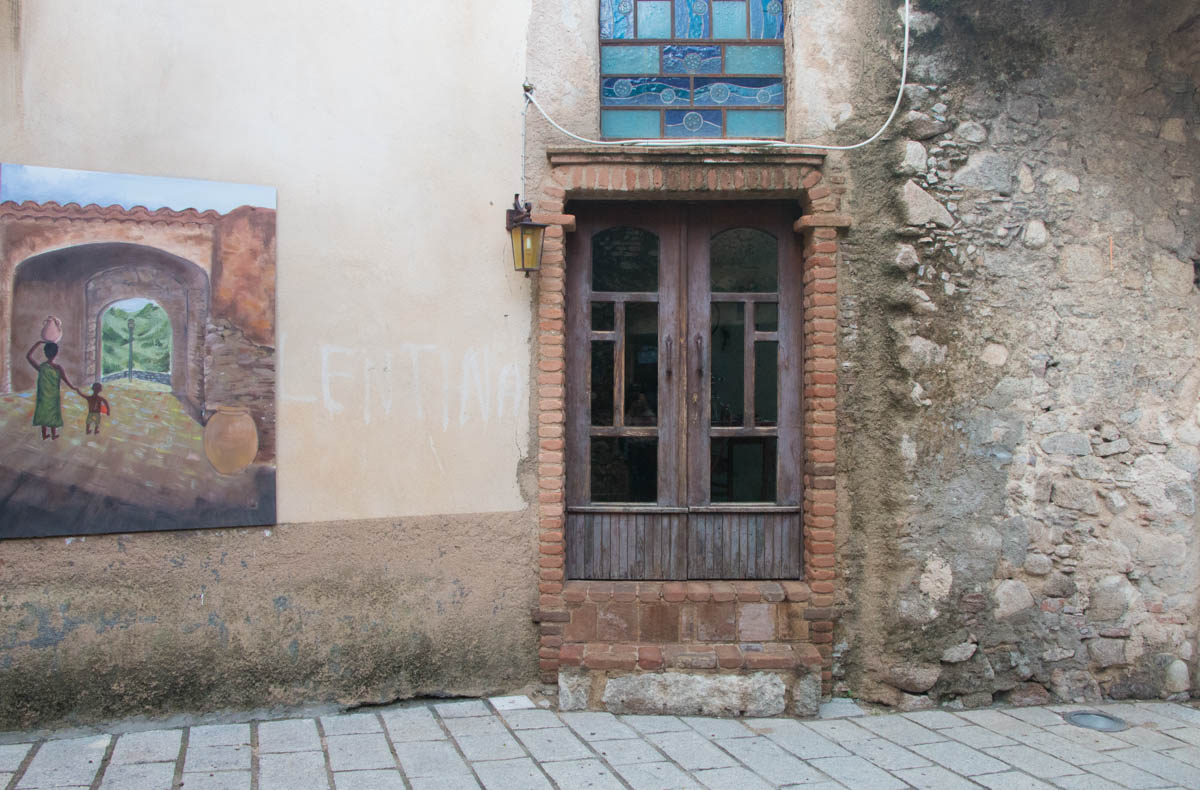 A virtuous circle was established in Riace as jobs were created for refugees and locals alike, the first employed in local handicrafts, and the second in activities like language teaching. For the past few weeks, artisan shops in town have been shut in protest to the town not receiving funding for the past two years. YLENIA GOSTOLI/AL JAZEERA 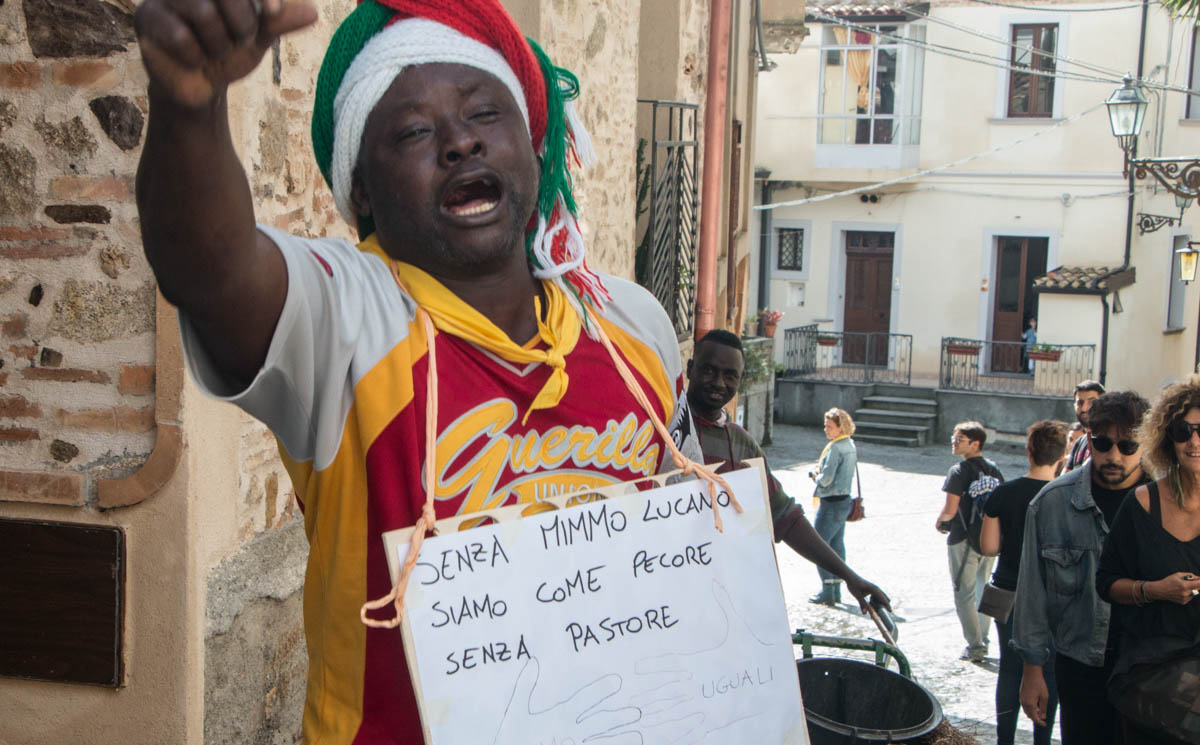 Another resident who was preparing for the afternoon protest, Saibou Sabitiou, from Togo, has lived in Riace since race riots in nearby Rosarno led to what has been termed ‘ethnic cleansing’ of the town. ‘Thanks to Mimmo Lucano, I can work here and send money home, so my child can go to school.’ YLENIA GOSTOLI/AL JAZEERA