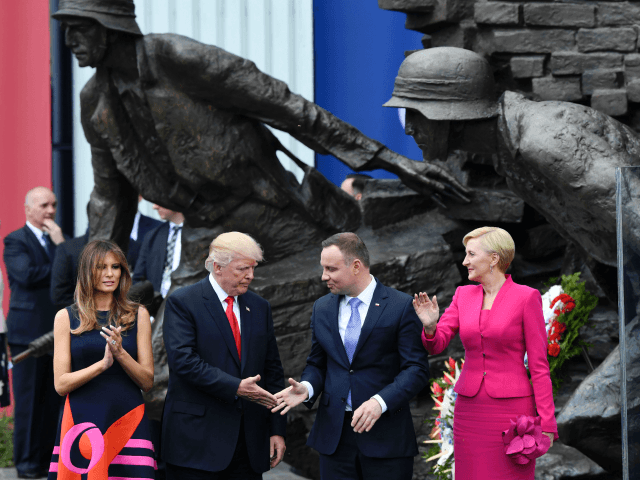 Poland is resisting the single European Army being pushed by Angela Merkel, Emmanuel Macron, and the EU’s chief bureaucrats, implying concern that it is alienating the continent’s security relationship with the United States of America.

“We would like Europe as a whole to strengthen its military potential,” said Polish prime minister Mateusz Morawiecki in an interview with Polish television station TVP Info, following a meeting of EU leaders in which British prime minister Theresa May’s high contentious Brexit withdrawal agreement was signed off.

“But at the same time today we emphasise that the only real guarantor of security in Europe, including the eastern flank of NATO, is the U.S.,” he added.

DELINGPOLE: FRENCH RIOTS COULD SIGNAL THE END OF GREEN TYRANNY 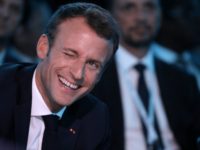 Poland’s conservative-populist government has been much more receptive to the Donald Trump administration in the United States since he entered office in 2017, sharing many of its concerns about mass migration and the erosion of national sovereignty by globalist organisations.

President Trump has been pushing hard for European Union member-states to begin meeting their NATO spending commitments, but leading figures in Brussels, Berlin, and Paris seem more concerned with building their own EU force than doing so.

An integrated European military has long been a goal of establishment politicians, featuring in election manifestos for German Chancellor Angela Merkel’s political party, for example.

However, it was largely downplayed in the lead up to Britain’s 2016 referendum on the EU — which europhile politicians in the country were keen to sell to the British public as a mere “trade club”, with Brexit campaigners’ warnings on the issue rubbished by figures such as Deputy Prime Minister turned Facebook public relations man Nick Clegg, who called them a “dangerous fantasy”.

Since the Brexit vote, however, EU leaders have been much more open about their plans with Merkel delivering a speech to the European Parliament in which she called for a “real, true European army” to thunderous applause.

Globalist poster boy Emmanuel Macron has also been pushing for a single European force, appearing to suggest that it may be required to defend the continent from the United States in future.

Eurosceptic groups such as Veterans for Britain are concerned that British civil servants are entangling Britain in European Defence Union which is slowly coming together despite Brexit, and despite Theresa May’s promises to the contrary.