He keeps turning reality on its head, this communist cretin. His  hypocrisy is mind-blowing.

The sooner this “Pope” drops the pretence and starts openly worshipping in a mosque the better. It is clear that that is where his heart is. 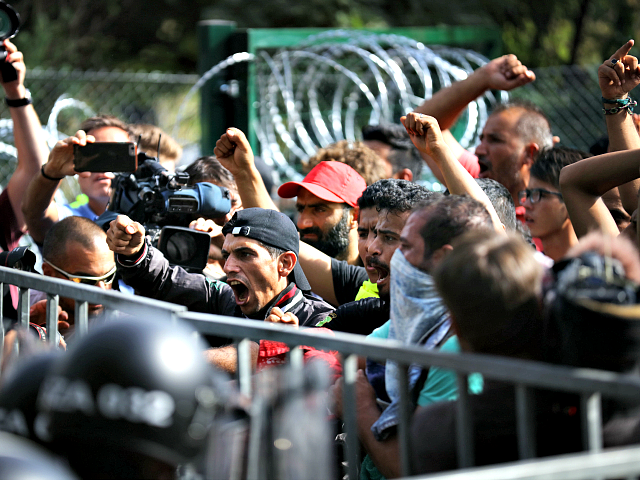 Migrants today are “ignored, exploited, raped and abused before the guilty silence of many,” Pope Francis said Friday.

In his address to the World Social Forum on Migrations, the pope said that just as in the days of the prophet Jeremiah, today “there are evils to be eradicated, injustices to be obliterated, discriminations to be destroyed, privileges to be overthrown, dignities to be rebuilt, and values ​​to be inculcated.”

More below the jump.

One U.S. service member was killed and another wounded in an apparent insider attack in Kabul, Afghanistan, on Saturday, U.S. officials announced.

“These are very important issues that deserve a careful and shared reflection among all those involved, a reflection that seeks the integration of different perspectives, recognizing the complexity of the migratory phenomenon,” Francis said.

The pope said that the Vatican’s current approach to immigration, articulated into 20 Action Points for a Global Compact, coincides “remarkably” with the declarations that secular organizations have submitted with the desire to contribute to the process initiated by the United Nations.

Rarely does a day go by that the pope does not speak to the issue of immigration, one of the central themes of his pontificate.

Earlier this week Francis made the controversial assertion that nations do not build themselves, but “are built by migrants, just as migrants built Europe.”

“Europe was not just born like that,” the pope told a delegation of Scalabrini missionaries in off-the-cuff remarks in the Vatican last Monday. “Europe was made by many waves of migrants over the centuries.”

Speaking directly of the “caravan traveling from Honduras to the United States,” Francis seemed to discount the possibility that the caravan had been orchestrated by international operatives looking to make a public statement, saying that the large agglomeration of people marching from Honduras to the United States was fruit of the tendency of migrants to group together and form a community.

Francis said that migrants prefer to stick together, to move as a group rather than to go it alone like “free agents.” In this way, migrants form their own “communities,” he said.

One thought on “Pope Francis: Migrants Are ‘Ignored, Exploited, Raped, and Abused’”