Emmanuel Macron came to our attention as a moonbat par excellence when he exploited a WWI memorial service to take a dig at the American president (who was present) and to rave insanely that nationalism is the polar opposite of patriotism. He is almost as difficult to take seriously as Justin Trudeau. However, The Iconoclast makes a case that Macron is the most dangerous moonbat in Europe:

Europe will become extinct if the progressive ruling class personified by Macron is not overthrown soon.  (Moonbattery)

We must not. The EUSSR must die.

Ireland will be receiving “an extra MILLION people before 2040 & that’s not going to come from [the] indigenous population” Irish man attends Refugee Council meeting to oppose the replacement migration project which is “destroying community, nationalism & faith” “Liberal American Jews may hate TRUMP, but to describe him as pro-Nazi and an anti-Semite qualifies them collectively as CRAZY”

That many Jews with a liberal tradition oppose Trump’s conservative policies and dislike his aggressive tone is not surprising. But what is incomprehensible is the hysterical abuse they shower on the president and that they do so in a Jewish context. The almost lunatic attacks on a president by such a wide section of the Jewish community, including progressive rabbis, Jewish lay organizations like the Anti-Defamation League and Jewish women’s groups, which had until now avoided partisan politics, is utterly unprecedented.

Jerry Brown: Climate Change Skeptics Will Be ‘Believers’ Within 5-Years 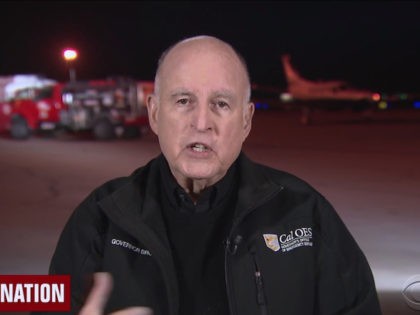 Sunday on CBS’s’ “Face the Nation,” Gov. Jerry Brown (D) said the increasing wildfires in California meant that “in less than five years” the “worst skeptics” were going to be believers in climate change.

He added, “The only way to assure the long-term forest health is not just, you know, cutting trees, it’s going to require reducing carbon emissions and eventually, sooner rather than later to zero. If we don’t do that, you’re going to see these fires not only continuing but getting worse by the year as they are. The last five years, the fires have never been this bad. This fire in Malibu is the worst we’ve ever seen….”

Carbon is plant food. Cut carbon to zero and plants won’t have food. Then they die and the fires get worse. Brown fell off the stupid tree hitting every branch on the way down.

One thought on “Portraits in Moonbattery”