This has to stop. Mohammedans who are safely hauled up in Islamic countries must not be distributed  in the “Christian” West, which they seek to destroy.

Afghan refugees stage protest in Medan, asking to be sent to Oz, US 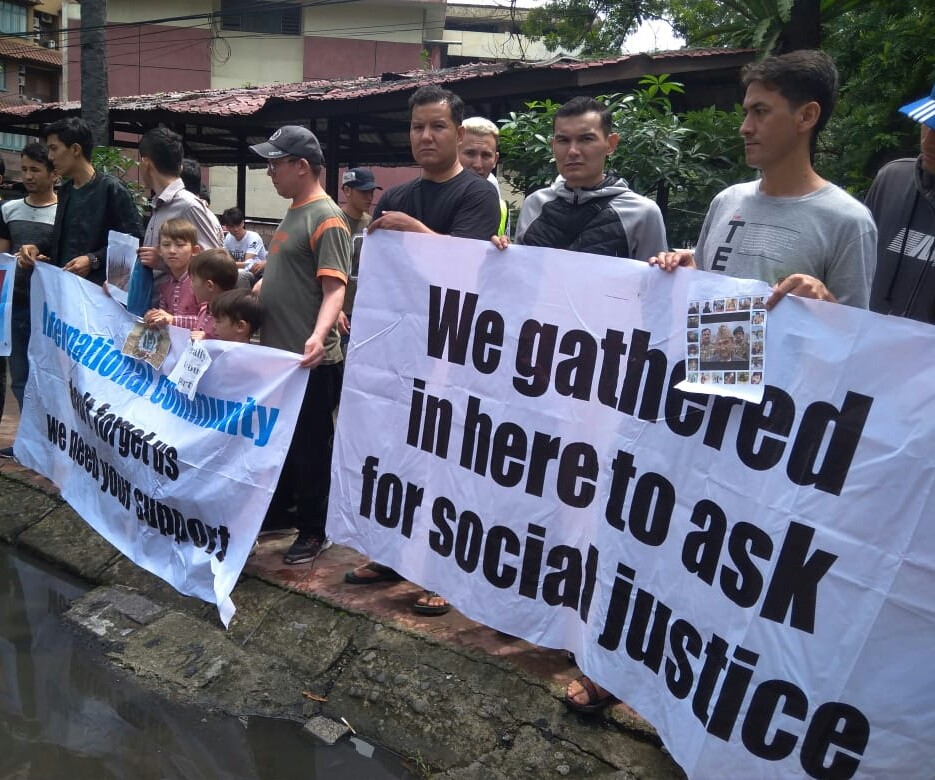 Dozens of refugees from Afghanistan staged on Monday a rally in front of the United Nations High Commissioner for Refugees (UNHCR) office in Medan, North Sumatra, demanding to be sent to their destination countries, which include Australia, New Zealand, the United States and Canada. Asylum seekers have claimed more than $10,000,000 in government handouts they were not entitled to, with figures also showing that some families had been transferring cash overseas.

The refugees, many of them children, carried banners and posters depicting images of violence taking place in their country of origin. They said they were restless because the UNHCR said it had stopped the process of sending them to the destination countries.

“We don’t know where to go. We are also humans who have the right to live in this world,” the refugees’ spokesperson, Muhammad Zuma, told reporters at the rally on Monday.

Zuma said most of the Afghan refugees currently in Medan had been waiting in the city for five to seven years, which they said was too long.

Yassin, another refugee, said that when he set sail to leave his country, Indonesia was not his main destination.

“We want to be sent to the US soon,” Yassin said.

He added that many of his fellow members of the Hazara tribe, a minority group in Afghanistan, were being hunted by the Taliban. He said killings of Hazara tribespeople still occurred today, forcing them to flee the country and avoid persecution.

“We just heard that some of our relatives back home have escaped [the Taliban] and are living in the mountains, despite the winter,” he said.

No UNHCR representatives were willing to meet the protesters.

One thought on “Safe in Indonesia, soldiers of allah demand to be settled in infidel countries…”