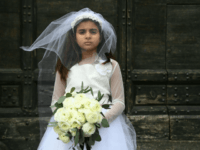 A Swedish appeals court has confirmed a conviction against the parents of a 13-year-old Syrian girl for attempting to marry her off to a 24-year-old man, while the child’s intended husband has been found not guilty. 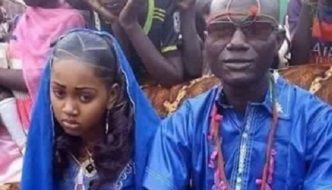 Over 23 million girls in Nigeria are victims of child marriage. 32 million, meanwhile, have suffered female genital mutilation as well. But what do these practices have to do with Islam? Bukhari 5.58.234 and Umdat al-Salik e4.3, respectively. And as they foster mass migration and open borders, globalists apparently believe that deeply ingrained religious indoctrination […]

It is no surprise that an imam would be involved in this. Islamic tradition records that Muhammad consummated his marriage with (i.e., raped) Aisha when she was nine, and the resultant fact that child marriage is accepted in wide swaths of the Islamic world. Child marriage has abundant attestation in Islamic tradition and law. 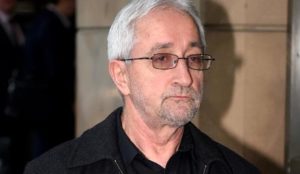 An imam who conducted a marriage ceremony between a 14-year-old girl and 34-year-old man has lost his Court of Appeal bid to overturn his conviction.

Ibrahim Omerdic was the imam at the Bosnia and Herzegovina Islamic Centre in Noble Park, in Melbourne’s east, when he solemnised the marriage in October 2016.

He contested the charge in the Melbourne Magistrates Court last year, arguing he had only conducted a religious blessing or “Nikah”.

He was convicted and sentenced to two months’ imprisonment but released immediately with a two-year recognisance order.

Omerdic appealed the conviction to the Supreme Court in October last year, claiming the magistrate could not have reasonably found the ceremony was completed or that he had intended to perform a marriage.

The appeal was dismissed in April this year and Omerdic appealed against the decision in the Victorian Court of Appeal, claiming again that it was not a marriage under the Marriage Act and the ceremony was not completed.

Justices Kim Hargrave, Terry Forrest and Karin Emerton this morning found non-compliance with the formal requirements of the Marriage Act did not affect the solemnisation of a marriage.

“A celebrant can intend to solemnise a marriage while having no intention whatsoever of complying with the Marriage Act notice or certification requirements,” the court said in its judgment.

“Moreover, the applicant’s attempt to draw a distinction between an ‘Australian marriage’ and a Nikah is spurious in circumstances where he told the informant that the ceremony for a marriage and the ceremony for a Nikah are the same, except that he does not require ID for the latter,” the court said in its judgment….