Research indicates that Islamophobia often targets visible signs of Muslimness, such as modest clothing like headscarves, as well as prayer rituals and mosques. This time it is the prayer rug. …

Examples of Islamophobia that the Council now deems as unacceptable: …

Councillors in Oxford this week who agreed on the definition

COUNCILS across the UK are starting to adopt an agreed list of examples of Islamophobia.

Oxford City council has this week become the latest in the UK to officially recognise the APPG definition which states:

In recent years, the far-Left Southern Poverty Law Center (SPLC) has faced a slew of lawsuits regarding its deceptive practice of branding mainstream conservative and Christian groups “hate groups” on par with the Ku Klux Klan. Google has decided to partner with the SPLC, even encouraging employees to work for the organization. Conservative lawyers told PJ Media this partnership may make the tech giant vulnerable to defamation and racketeering lawsuits. 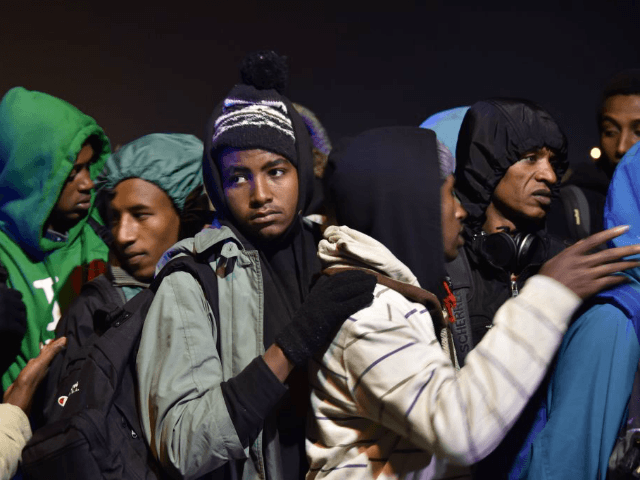 Migrant youths make up nearly half of the unemployed youth in France, according to statistics gathered by the Organisation for Economic Co-operation and Development (OECD).

Pakistan: Muslim clerics declare that “Islam has nothing to do with extremism and terrorism”

In Pakistan, “representatives of political and religious organisations of the country have agreed unanimously to carry out a joint-struggle for the elimination of the menace of terrorism and extremism from the country.”

If these clerics truly wished to “denounce terrorism” and “resolve to end menace,” they would at least start by resolving to end the menace of Pakistan’s blasphemy laws and use their influence to free Asia Bibi to live in peace.

“The joint declaration asserted that extremist and terrorist mindset has caused the most harm to Islam and the Muslim world. ‘Islam has nothing to do with extremism and terrorism as teachings of Islam and the Holy Prophet (PBUH) has stressed on seeking moderate way.’”

Most stunning about such bizarre and brazen lies is that they are believed by so many. The clerics don’t seem to have defined “terrorism.” Do they mean the actions of jihadis, or of America and Israel? 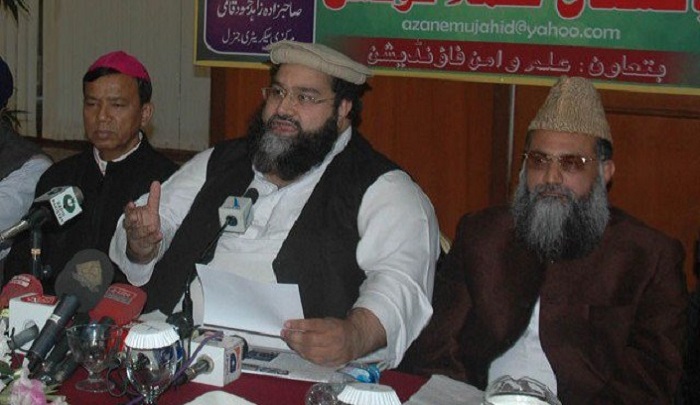 LAHORE: Representatives of political and religious organisations of the country have agreed unanimously to carry out a joint-struggle for the elimination of the menace of terrorism and extremism from the country.

The list below states examples of Islamophobia that the councils now deem as unacceptable:

• Calling for, aiding, instigating or justifying the killing or harming of Muslims in the name of a racist/fascist ideology, or an extremist view of religion.

• Making mendacious, dehumanizing, demonizing, or stereotypical allegations about Muslims as such, or of Muslims as a collective group, such as, especially but not exclusively, conspiracies about Muslim entryism in politics, government or other societal institutions; the myth of Muslim identity having a unique propensity for terrorism and claims of a demographic ‘threat’ posed by Muslims or of a ‘Muslim takeover’.

• Accusing Muslims as a group of being responsible for real or imagined wrongdoing committed by a single Muslim person or group of Muslim individuals, or even for acts committed by non-Muslims.

• Accusing Muslims as a group, or Muslim majority states, of inventing or exaggerating Islamophobia, ethnic cleansing or genocide perpetrated against Muslims.

• Accusing Muslim citizens of being more loyal to the ‘Ummah’ (transnational Muslim community) or to their countries of origin, or to the alleged priorities of Muslims worldwide, than to the interests of their own nations.

• Denying Muslim populations, the right to self-determination e.g., by claiming that the existence of an independent Palestine or Kashmir is a terrorist endeavour.

• Applying double standards by requiring of Muslims behaviours that are not expected or demanded of any other groups in society, eg loyalty tests.

• Using the symbols and images associated with classic Islamophobia.

• Holding Muslims collectively responsible for the actions of any Muslim majority state, whether secular or constitutionally Islamic.

3 thoughts on “There Shall Be Censorship & ‘Islamophobia’ is a thing!”